If you're looking for exposure to the music industry, this list will get you started.

As a form of entertainment, music is timeless, but the music industry itself has been seriously disrupted over the past generation. Aspiring artists now seek to develop a following through social media platforms and streaming services, and the live music industry has continued to grow. 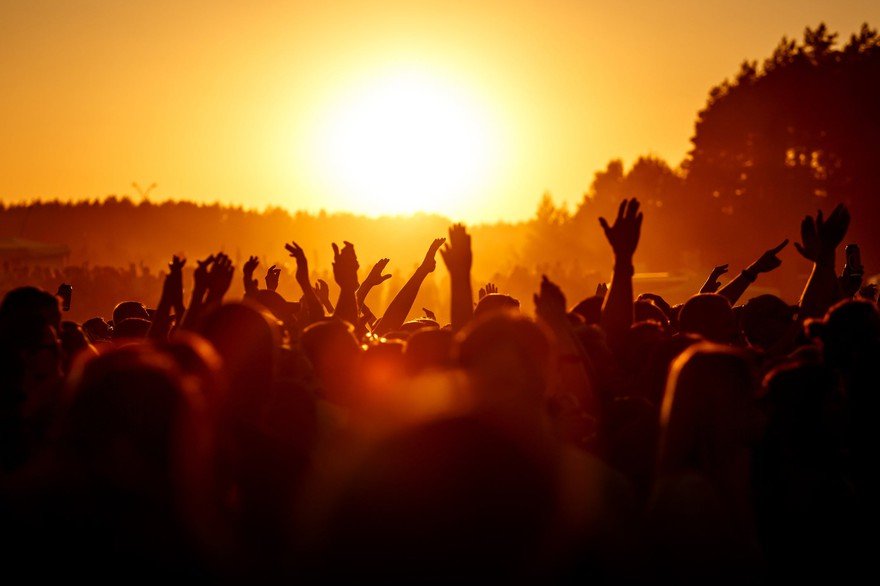 Spotify pioneered music streaming more than a decade ago. It has since expanded beyond music by acquiring several podcast franchises. The streaming giant now counts high-profile creators such as Joe Rogan and Bill Simmons among its podcasters.

Spotify's paid subscriber base is approaching 200 million, growing 24% in 2020. It has nearly 400 million monthly active users, which include ad-supported listeners. Along that growth path, the company has consistent threats from Apple (NASDAQ:AAPL) and others and is set to top the iPhone maker in podcast listeners, showing that the pure-play audio stock is beating the tech giant. The company's profits are starting to ramp higher after years of investment, and it should benefit from the subscription business model, which means that most incremental revenue flows directly to the bottom line.

As the only satellite radio provider in the U.S., Sirius stands out for relying on satellites to transmit its music and other audio content. The company can provide reliable service in places where internet-based music platforms fall short, and SiriusXM is most often used inside vehicles.

The company provides a range of audio entertainment, including music, sports, news, talk, and traffic and weather updates. Its brand may be best associated with Howard Stern, the shock jock who attracted much attention in 2005 when he took his talk radio show to Sirius. The company acquired Pandora in 2019, increasing its exposure to music streaming.

SiriusXM has historically increased its revenue at a modest pace because growth in the on-demand music business has favored streaming services. But the company has been consistently profitable despite challenges caused by the pandemic. As of Q3 2021, the company reached 32 million subscribers on SiriusXM and 6.4 million on Pandora.

Improved internet connectivity and the expansion of 5G pose a longer-term threat to SiriusXM. At the same time, its relationships with automakers give it a unique advantage since its satellite radios are pre-installed in nearly every new vehicle in the U.S.

Sonos delivered strong growth through the first three quarters 2021. Revenue was up 38% as it lapped a weak pandemic year, which saw growth of just 5.3%, and profits have rebounded rapidly as well.

The company also faces competitive threats from tech giants such as Amazon (NASDAQ:AMZN), Alphabet's (NASDAQ:GOOG)(NASDAQ:GOOGL) Google, and Apple, all of which are investing significant resources in their own smart speakers. Investors in Sonos should be aware of these competitive pressures.

Live Nation Entertainment, which owns Ticketmaster, has a near-monopoly in concert ticketing, with a more than 70% market share. Music artists are increasingly performing at live events to earn money, and music festivals have become popular in the era of social media.

Like most live entertainment businesses, Live Nation suffered badly during the pandemic, with the stock losing more than 50% of its value. However, management reports that its concert pipeline for 2022 is larger by double-digit percentages compared to 2019, and it had recouped most of its lost revenue by the third quarter of 2021. The company also reports signs of pent-up demand since events are selling out faster than ever before.

When live music events are able to occur unrestricted, Live Nation should see a huge boost in revenue.

Formerly known as Clear Channel, IHeartMedia is the biggest operator of broadcast radio stations in the U.S. It finished 2020 with 244 AM stations and 614 FM stations, and, in the same year, had the most No. 1-ranked stations across the top markets, including 28 top-ranked stations in the 50 biggest markets. IHeartMedia also operates IHeartRadio, a digital audio streaming service that gives users access to both streaming music and the digital feeds of radio stations nationwide.

While the recent recovery bodes well, the company faces significant competitive threats over the long term from digital competitors and even remote work, which reduces commuting time.

The company earns most of its money from recorded music and also generates revenue from music publishing, which is the acquisition and licensing of musical compositions. Both of those categories are growing as the recorded music business enjoys a significant boost from the rapid growth in music streaming.

Warner Music delivered solid revenue growth through the first three quarters in 2021, up 18% to $3.9 billion, and it expects to benefit from its exposure to music genres -- such as hip-hop and pop -- that are especially popular on streaming services.

Communications has a broad definition. These companies are the leaders in the space.

Collecting and investing fine art can be a way to grow your portfolio.

How to Invest in 5G

While this next-gen technology is adopted, these companies may make good places for your money.

Should you buy music stocks?

Even the best companies in the music industry are facing major competition from the giants in the tech sector. Music entertainment stocks can still be winners, but prospective music company investors should pay attention to how the industry is changing. The best music companies are well-positioned to aggressively compete and can stay ahead of the evolution of the music industry.

Why Chinese Stocks Are Popping on Wednesday