Here's everything you need to know about the coffee industry.

Not many consumer products are truly timeless, but coffee passes the test. According to legend, a goat herder in Ethiopia discovered coffee more than 1,000 years ago after noticing the effects that the coffee plant had on his herd. Today, about 1 billion people around the globe drink coffee daily, making it the most popular beverage in the world.

For investors, such a product is clearly appealing. Coffee has some addictive properties, but research has shown that it's actually good for your health. Additionally, the habitual nature of drinking coffee means that consumers aren't so sensitive to coffee prices. If you're looking to get a piece of a huge industry, keep reading to learn about six of the best coffee companies you can own today. 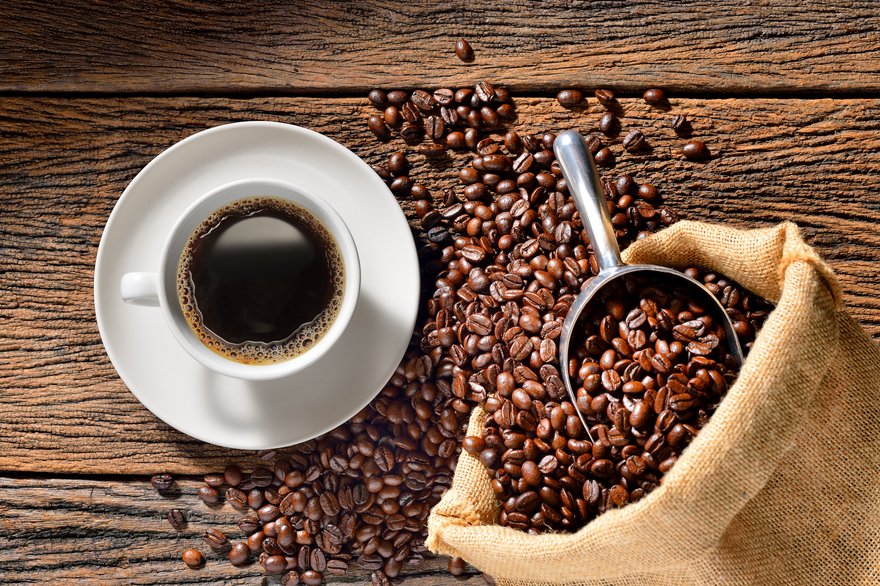 If you're looking for a pure-play coffee stock, Starbucks is your best bet. The company has come to dominate the global cafe industry by developing a brand that's synonymous with affordable luxury. It's defined itself as a third place between home and work where you can go to relax or meet up with a friend.

Today, Starbucks has more than 34,000 locations around the world, more than double those of Dunkin', its closest competitor. Although Starbucks has long seemed ubiquitous, the cafe chain continues to grow. It's expanding in China, now its second-largest market, where it's adding around 500 stores a year.

Starbucks was among the first restaurant chains to recognize the potential of a mobile app. It was a pioneer in areas such as digital payments, a rewards program, and mobile order and pay, allowing customers to order remotely and then pick up their order upon arrival.

In addition to its cafes, Starbucks has a thriving business selling bagged coffee, ready-to-drink beverages, and other such products in supermarkets and convenience stores. The company recently partnered with Nestle on the Global Coffee Alliance, tapping the global food conglomerate to produce many of its products and sell them in new territories.

Although Starbucks may seem like a mature company, it continues to deliver steady growth. While the COVID-19 pandemic delivered a setback to the coffee giant, its quarterly revenue was back to record levels by the end of 2021, and it had recouped almost all of its lost profits. The company's strength in digital orders helped it rebound quickly from the pandemic.

In addition to opening new stores in China and elsewhere, the company is leveraging its potential in digital and delivery to make its existing store base more efficient. Starbucks has been a monster stock over the course of its history, and it should continue to outperform the market going forward.

The formation of Keurig Dr Pepper (KDP) was the result of a 2018 merger between Keurig Green Mountain and Dr Pepper Snapple. It was engineered by JAB, the private German holding company that's become a coffee juggernaut. The coffee companies that JAB owns outright or has significant stakes in include Keurig Dr Pepper, Krispy Kreme (NASDAQ:DNUT), Caribou Coffee, Peet's Coffee, and Panera.

Since it's a private company, investors can't own shares in JAB. But coffee investors should be aware of the company's influence on the industry since it's taken a number of coffee businesses private in recent years. It also led Krispy Kreme's IPO on July 1, 2021. At the end of 2020, JAB owned 33% of Keurig Dr Pepper.

As a diversified beverage company, KDP owns a wide variety of brands in coffee and soft drinks, including Snapple, Canada Dry, Green Mountain, Mott's, and its namesake brands -- but coffee is the star here.

Coffee systems, the business segment made up of Keurig brewers, K-Cup pods, and other coffee products, contributed $4.7 billion in revenue in 2021, or 37% of KDP's total. But it represented $1.31 billion in operating income, or 46% of the company's total. In other words, the Keurig coffee business is still highly profitable, with an operating margin of 28%, even as it's lost many of its earlier patents. Since it focuses on home-based coffee consumption, Keurig was not significantly affected by the pandemic.

The Keurig system benefits from the razor-and-blades business model; consumers have to buy high-margin K-Cup pods if they want to continue to use their machine. The investment in Keurig also dissuades users from switching to a competitor.

Sales from KDP's coffee systems only grew 6% in 2021, suggesting the category may be maturing. Demand for soda has also been declining. However, the high-margin Keurig will continue to crank out profits for KDP.

Nestle, the world's biggest food business, is a diversified conglomerate with more than 2,000 brands across categories such as coffee, tea, bottled water, candy and sweets, soups, condiments, and pet food. Although a company this diversified can't be distilled into a single product, coffee is a major component of its business, and brands such as Nescafe, Nespresso, and Coffee mate are known around the world.

Nestle's biggest category is powdered and liquid beverages, which contains the coffee brands Nescafe, Nespresso, and Starbucks. The segment delivered $25.9 billion of $93.9 billion in revenue in 2020. Soluble coffee and coffee systems contributed $18.4 billion in sales as the company recovered from a pandemic-related decline from the previous year.

The overall powdered and liquid beverages category is highly profitable, with an underlying operating profit of 23.5%, making it the company's second-most-profitable category.

It's important to distinguish coffee companies such as Nestle, a consumer staples company that sells its products in grocery and convenience stores, from Starbucks, which sells coffee as a discretionary item in restaurants. Nestle's global reach and marketing power make it an ideal partner for a company such as Starbucks. Selling bagged coffee and ready-to-drink beverages has been a key source of growth for Nestle.

The brand name Smucker is synonymous with jams, jellies, and other spreads, but packaged coffee makes up a significant percentage of the company's business. Smucker's primary coffee brands are Folgers, Cafe Bustelo, and Dunkin', which it licenses from Dunkin', now a part of Inspire Brands.

For fiscal 2021, which ended April 30, 2021, the U.S. retail coffee segment made up 30% of Smucker's total sales, or $2.4 billion of $8 billion in total revenue. It's the company's second-biggest category behind pet food. The coffee segment experienced solid growth in fiscal 2021, with revenue up 10% as it benefited from increased at-home coffee consumption. Growth has been more sluggish lately, up just 3% in the first three quarter of fiscal 2022, which ends April 30, 2022.

As is the case for the other companies on this list, coffee is a high-margin business for Smucker, generating an operating profit margin of 32% in 2020. That makes coffee the company's most profitable segment both by margin and volume. In fiscal 2021, coffee made up 42% of its operating profits.

With a collection of well-known brands and leadership in the U.S., coffee should continue to drive strong profits for Smucker.

After its September 2021 IPO, drive-thru-focused coffee chain Dutch Bros may be the latest to grab the mantle of the "next Starbucks."

The Oregon-based coffee slinger is growing quickly, and it's easy to see why it's attracted so much attention from investors. While most coffee chains struggled during the pandemic, Dutch Bros managed to grow, thanks to its drive-thru model. After modest growth in 2020, comparable sales increased 8.4% in 2021. The company also opened 98 new stores in 2021, and it now has 538 locations in 12 states, evenly divided between franchises and company-operated stores.

This rapid growth and white-space opportunity make a bull case for the stock as Dutch Bros sees room in the market for 4,000 locations. The company's drive-thru model helps differentiate it from coffee chains like Starbucks, and its high average unit volumes indicate strong demand. Dutch Bros finished 2021 with average sales of $1.85 million at its stores, which is better than most fast-food restaurants.

Dutch Bros is also profitable on an adjusted basis, and its profitability should improve as the company gains more brand awareness and expands. For a coffee stock, Dutch Bros is expensive, but the underlying business looks promising and the stock should reward investors if the company can reach its goal of opening 4,000 stores.

Black Rifle, which went public through a SPAC merger in February 2022, puts a unique spin on a commodity product by branding for a specific customer subset -- conservative Americans and veterans in particular. The company's mission is "to serve premium coffee and content to active military, veterans, first responders, and those who love America."

That distinct branding and its direct-to-consumer origins and marketing have helped the company quickly build brand awareness and sales. In 2020, revenue doubled to $164 million, seemingly helped by the stay-at-home nature of the pandemic and the company's e-commerce positioning. Through the first three quarters of 2021, revenue rose 55%.

Unlike the typical coffee company, Black Rifle also defines itself as a media company, and it's a lifestyle brand as much as a coffee brand. The company puts out a magazine and is active in political and cultural issues with its blog and on social media. With a brand that also functions as an identity, a key component of its strategy is selling branded merchandise like apparel and equipment that helps build awareness and gives its customers a way to signal their affinity for the brand. In 2020, merchandise sales made up 12% of revenue.

Black Rifle has begun opening its own stores, which it calls "outposts," and had nine locations as of Sept. 30, 2021. In addition to e-commerce sales, it also sells ready-to-drink and bagged coffee through retailers such as 7-11, Publix, and Walmart (NYSE:WMT).

While Black Rifle's business model is still evolving, its unique brand has a loyal following, which can be a valuable asset in a competitive industry such as coffee.

Tea consumption has grown very slowly, so expectations should be tempered when investing.

Why you should own coffee stocks

Coffee is a high-margin business for the world's top consumer products companies. It's also a timeless product that's likely to gain popularity as people in China and other countries move into the middle class and consumers seek alternatives to sugary beverages like sodas.

While coffee is a competitive industry, it offers opportunities in both consumer discretionary and consumer staples stocks. Different types of investors can find the right fit whether they're seeking growth stocks or dividend stocks. There may not be a lot of pure-play opportunities in the sector, but investors looking to perk up their portfolio should consider the six stocks above.