In a race to the bottom, the retail industry invented the dollar store -- a mecca of cheap household products and random merchandise that fit even the tightest of family budgets. Inflation may put pressure on the “everything costs $1 or less” niche, but the concept of everyday staples at bargain prices endures nonetheless.

It may not seem like a great place to invest, but dollar stores are actually quite profitable. The dollar store concept overall isn’t exactly a high-growth area of the stock market. However, if some steady growth performance over the long term is what you’re after, dollar store stocks might be right up your aisle. 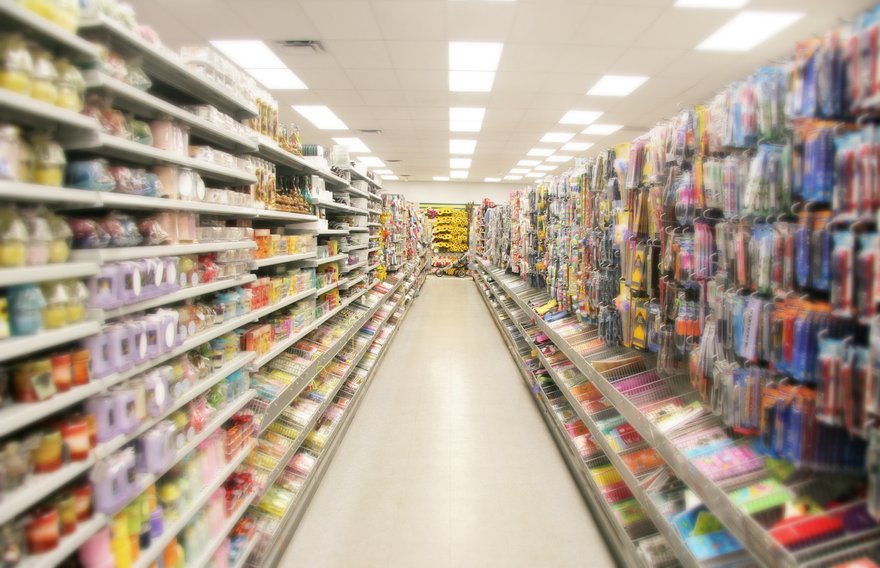 There has been consolidation in the dollar store market in recent years via merger and acquisition activity. As a result, there are only a small handful of dollar store stocks for investors. Additionally, big box stores such as Walmart (NYSE:WMT) and closeout retail specialists such as Big Lots (NYSE:BIG) also rub shoulders with the extreme value shopping experience.

Nevertheless, here are three stocks that are sticking to the cheap merchandise store concept and are worth considering for your hard-earned investment dollars.

Dollar General is the largest dollar store operator both in terms of annual sales (more than $34 billion in 2021) and total store count (some 18,000 locations in 46 states). After a couple of years as a privately owned company, Dollar General went public in 2009 in the middle of a global financial crisis and has been a steady growth stock in the retail and consumer staples sector ever since.

Despite the low price tag on its products (not everything is $1 or less), Dollar General has steadily increased its profitability. In fact, the chain boasts an operating profit margin in the high-single-digit percentages, a fantastic feat for any retail operator. Free cash flow has steadily risen over the long term as well, supporting a modest dividend and share repurchases.

As for growth, Dollar General is building out its suburban store concept pOpshelf, which sells most items for $5 or less. It’s a spin on the dollar store strategy that has worked wonders for Five Below (more on it below) that could help Dollar General sustain sales and profit expansion in the coming years. The company is targeting 1,000 pOpshelf locations in 2025. Dollar General is also beginning its foray into international markets with planned store openings in Mexico by the end of 2022.

Dollar Tree and its subsidiary Family Dollar (which it acquired in 2015) is the second-largest dollar store chain. It had some 16,000 locations and more than $26 billion in sales in 2021.

Like other retail stores, Dollar Tree has been affected by the cyclical nature of the shipping and logistics industry. Higher freight costs have been an issue due to effects from the COVID-19 pandemic. However, Dollar Tree has been able to manage these issues with price increases. At the end of 2021, the company announced a new price target of $1.25 instead of the historical $1 marquee price tag on its products.

It remains to be seen if there will be long-term shopper backlash from the price hike, but Dollar Tree sales have steadily grown for many years. After acquiring Family Dollar, Dollar Tree’s overall industry-leading operating margin was ceded to Dollar General. However, Dollar Tree still averages a mid- to high-single-digit profit margin, which it uses to expand its store base and occasionally repurchase stock.

Founded in 2002, Five Below is a relative newcomer in the retail industry, but it has been a high-growth story since its initial public offering (IPO) in 2012. Targeting young shoppers with its assortment of toys, party supplies, and other household basics, Five Below sells almost everything for less than $5, with a special category of budget-oriented merchandise above that price point.

Although it trails its peers in size (Five Below was approaching $3 billion in annual sales in 2021 from a base of fewer than 1,200 stores), the chain has been booming in the wake of the pandemic. During 2021, comparable store sales -- a combination of foot traffic and average customer ticket size -- increased some 30% as Five Below attracted new shoppers and repeat purchases at its locations. Its operating margin also has averaged a lucrative low-teens percentage rate for years.

Although Dollar General and Dollar Tree are more for the value stock type of investor, Five Below is an all-out growth business -- and its stock is priced accordingly. Because of the relative premium of its share prices, Five Below can exhibit above-average volatility compared to its larger peers. But if a fast-growing retail concept is what you want, Five Below is the place to look among dollar store stocks.

A retail industry in flux

The state of retail is changing like never before because of the pandemic. E-commerce is reshaping consumer activity, but consumers are on the hunt for bargains, too. As a result, dollar stores and other retail concepts that slant toward big bargains will likely continue to grow for the foreseeable future. As with all stocks, though, individual share prices of dollar stores will be volatile as they roll with the punches dealt to them by the pandemic. If you decide to invest, stay focused on the long term for this highly profitable niche in the retail shopping universe.

Best Stocks To Invest In: February 2023

This Major Retailer Could Pose a Threat to Walgreens and CVS, and It's Not Walmart

What To Invest In