A closer look at how to invest in the pizza industry.

Pizza is big business. According to one study, 83% of consumers eat pizza at least once a month. Overall, we spend an estimated $141 billion on these delicious dishes each year. Those sales are growing at a low- to mid-single-digit annual rate, with faster consumption coming from global markets, especially in the carryout and delivery segments.

That growth could make pizza stocks a tasty investment opportunity. Here's a closer look at how to invest in the industry. 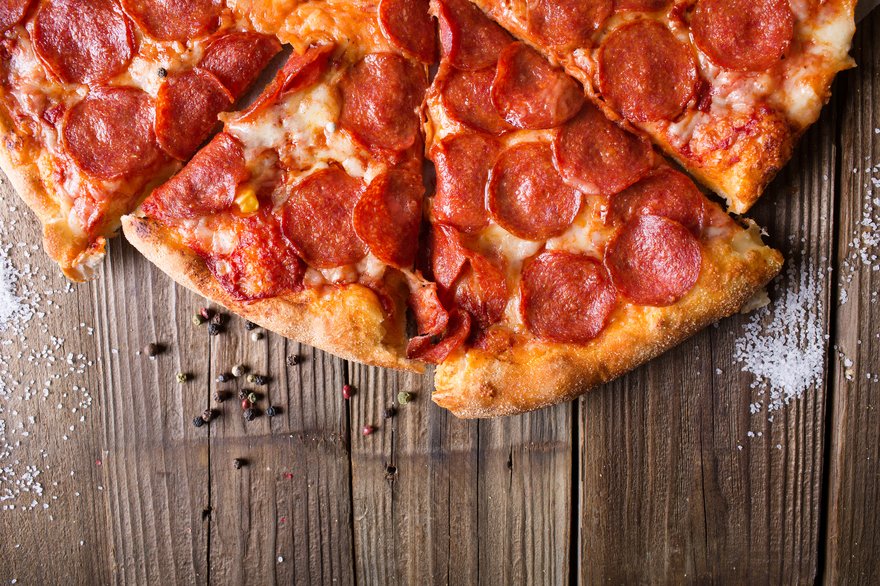 The global pizza industry is a vast and fragmented market. Because of that, there are only a few publicly traded pizza-focused restaurant stocks large enough for investors to consider:

Here's a closer look at these dominant pizza giants.

The company opened its 18,000th store in 2021 and now has locations in more than 90 global markets. Slightly more than half of its sales come from the U.S., although it has nearly twice as many international stores. Domino's gets 43% of its sales from carryout transactions and 57% from its food delivery business.

Despite being the global leader, Domino's isn't content. Its goal is to become the dominant No. 1 pizza company in the world, and it aims to achieve that target by gobbling up a larger slice of the fragmented global pizza market.

The pizza purveyor sees lots of room to expand. Domino's controlled 22% of the total U.S. QSR pizza market in mid-2021 and aims to increase its U.S. store count from roughly 6,425 in 2021 to as many as 8,000 in the future. Meanwhile, it sees the potential for more than 6,500 incremental stores in its top 15 international markets alone. That growing slice of an expanding market makes Domino's Pizza stock look like a tasty option for investors.

Papa John's is the world's third-largest pizza delivery company. It had more than 5,500 restaurants in 49 countries as of mid-2021, with about 3,300 locations in North America. The company generated $1.8 billion in sales during 2020.

Papa John's also has a bold goal: It aims to become the world's best pizza delivery company. That's leading it to continue expanding its global footprint.

Papa John's entered Germany in mid-2021 by partnering with a franchise group. The partners plan to open 250 stores in that market during the next seven years. Meanwhile, the company partnered with its largest franchisee in 2021 to open 220 new restaurants across Latin America, Spain, Portugal, and the U.K. by 2025. Papa John's has also set its sights on Brazil and Southeast Asia as it continues its rapid global rollout.

Yum! Brands is a global QSR leader. It had more than 51,000 restaurants across 150 countries in mid-2020. Its restaurant brands include KFC, Pizza Hut, and Taco Bell, which are global leaders in the chicken, pizza, and Mexican-style food categories, respectively.

Pizza Hut has more than 18,000 restaurants in more than 100 counties. The brand generates about 45% of its sales in the U.S., with the rest coming from global markets. It has a heavy presence in China at 15% of its sales. Yum! is rapidly expanding its Pizza Hut brand, opening 682 new restaurants in 58 countries during 2020 as it continues to increase its global pizza empire.

While Yum! has closed nearly 1,750 underperforming restaurants as it focused on improved profitability, that repositioning had the company entering 2021 in a stronger position to expand in the coming years. Even though you can't directly buy Pizza Hut stock, Yum! Brands offers investors the opportunity to participate in the global growth of the overall QSR industry.

Supersize your portfolio with these fast-food giants.

These companies deliver both food and investing opportunities.

A key ingredient in all things carb, wheat is food for life.

Should you invest in pizza stocks?

Many food and beverage companies remain privately held, but pizza lovers have a few tasty options if they want to invest in the industry's growth.

Domino's is the dominant global brand while Papa John's is increasing its global reach. Yum! offers the opportunity to invest in pizza along with other food concepts. All three pizza purveyors appear poised to continue expanding in the future, which positions their shareholders to reap some potentially satisfying total returns.

How Many Blue Chip Stocks Are There?