As a lifestyle and diet, veganism has been around for millennia, but only recently has plant-based eating become big business. Companies such as Beyond Meat (NASDAQ:BYND) and Oatly (NASDAQ:OTLY) command multibillion-dollar valuations. Packaged food titans such as Tyson Foods (NYSE:TSN) have launched their own vegan brands, and start-ups such as Impossible Foods are racing to go public.

According to data from Allied Market Research, the global vegan food market is expected to grow by a compound annual rate of 10.5% through 2026, easily outpacing the overall food industry. Categories such as plant-based meat and oat milk are expected to grow at even faster rates. UBS (NYSE:UBS) predicts plant-based meat will grow more than 30% annually, while Keefe, Bruyette & Woods expects annual growth in the oat milk sector will top 13%.

A number of factors are boosting the performance of plant-based stocks, including healthy eating trends, environmental concerns, economies of scale, and technological innovations. If you want vegan companies to invest in, you have plenty of attractive options these days. 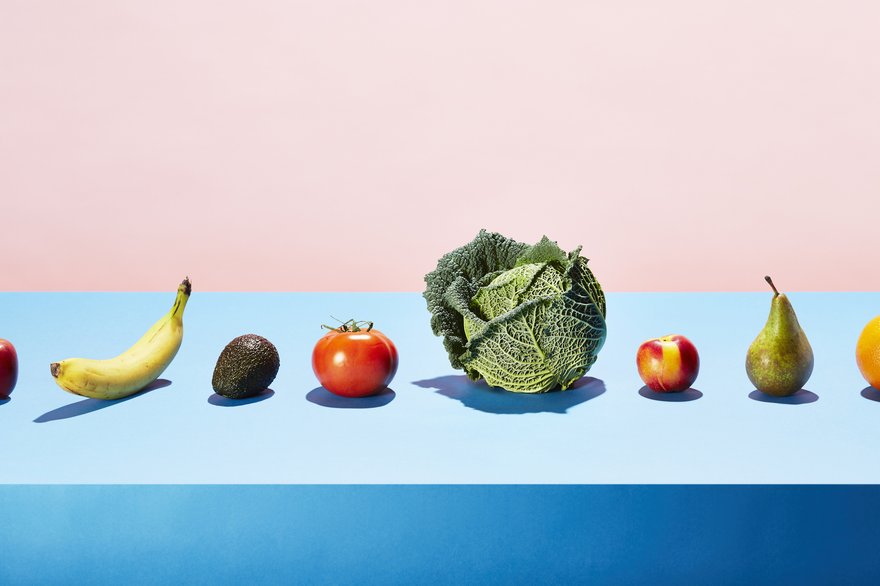 Let's take a closer look at each of these plant-based companies.

Beyond Meat is a leader in the plant-based meat substitute industry. Prior to the COVID-19 pandemic, its revenue was growing at triple-digit rates, although growth has slowed dramatically since then. The company's products have become ubiquitous at supermarkets and common on restaurant menus. As of December 2021, Beyond Meat reported its products were available at approximately 130,000 retail and food service locations in more than 90 countries.

The company continues to innovate and introduce new products in the vegan meat substitute category, including the 2021 debut of plant-based chicken tenders and an improved version of the Beyond Burger. Beyond Meat has historically spent heavily -- around 10% of its revenue -- on research and development, which should enable the company to hold its leadership position over time. It excels at developing new products, advancing its technology, and making quality improvements.

Oatly made a splash with its initial public offering (IPO) in May 2021. The Swedish oat milk brand has shaken up the plant-based milk category, and oat milk has passed soy milk to become the second-best-selling alternative after almond milk.

While Oatly has captured attention with a bold marketing campaign and a new product category in the U.S., the company is hardly new. It has been around since the 1990s and has been consistently developing oat-based alternative dairy products, including milk, ice cream, yogurt, cooking creams, spreads, and to-go drinks.

Oatly's products are now available in more than 65,000 stores and more than 60,000 coffee shops. Its revenue jumped 52.6% to $643.2 million in 2021 compared to the previous year, although Oatly is currently unprofitable because it is spending aggressively on marketing.

Avocados are a staple of the vegan diet in much of the world, and they are popular with the millennial generation. About half of Calavo Growers’ revenue comes from avocados, and growth in the category helped the company's stock price to triple between 2011 and 2020, although shares have pulled back since then.

As a commodities producer, Calavo faces stiff competition. Prices for commodities such as avocados are constantly changing. But since it takes as long as 13 years to grow an avocado tree, and demand for the fruit is rising, the company is well-positioned for long-term growth.

If you’re looking for exposure to the massive plant-based frozen-food market, then consider buying shares in Tattooed Chef. It went public through a special purpose acquisition company (SPAC) in late 2020 -- yet another bullish signal for investors in vegan stocks.

Tattooed Chef’s revenue jumped by 43.7% in 2021 to $213.4 million, and its products are now available in about 4,300 retail stores. Ninety percent of its sales come from its three biggest grocery customers, which is both a warning sign that customer concentration is a risk and also an indicator of the company's growth potential as it continues to bring in new retailers as clients.

Local Bounti is one of several “ag tech” companies that have gone public in recent years, using new technologies in the age-old agriculture industry.

Founded in 2018, Local Bounti grows lettuce and herbs and uses a patented technology it calls “Stack and Flow,” which it describes as a combination of vertical farming and hydroponic greenhouse farming. Its techniques are more environmentally sustainable than traditional agriculture, using 90% less water and 90% less land while increasing harvest efficiency.

Local Bounti has only minimal revenue so far and just went public through a SPAC in November 2020. However, management is targeting $462 million in revenue by 2025, and investors have high hopes for the company since its market cap is not far from mature agriculture companies such as Calavo Growers.

AppHarvest may be the best-known of the ag tech stocks. A pure-play vertical farming company, AppHarvest went public through a SPAC in February 2021 and is solely focused on growing tomatoes, although it plans to expand to other products.

The company is building some of the largest indoor farms in the world, with a 60-acre indoor Kentucky farm as its flagship facility.

AppHarvest is just starting to increase revenue, forecasting between $24 million and $32 million in revenue in 2022, but it is planning to ramp up operations quickly. The company is aiming for 12 farms by 2025, with revenue of $350 million to $450 million and adjusted EBITDA of $115 million to $130 million.

AppHarvest also recently introduced its first value-added product, a salsa called “The Food Fight,” which sold out rapidly in its first batch. That success shows the company’s ability to expand beyond just produce.

Another avocado seller to make the list, Mission Produce went public in 2020 and calls itself the world’s most advanced avocado network. It buys avocados from around the world, including California, Mexico, Peru, South Africa, and New Zealand, and owns more than 10,000 acres globally. The company also sells mangoes.

Like other industries, the avocado industry has been challenged by supply chain issues, labor shortages, the pandemic’s impact on restaurants, and a delayed start to the Mexican harvest season. Avocado prices fell 2% in fiscal 2021, which also weighed on the company’s performance.

Still, the good news is that the trends in the avocado business are temporary, and the company should benefit from an eventual recovery from the pandemic and a normalization of the supply chain. In fact, avocado prices soared in early 2022, hitting a 24-year-high in March.

A new entrant, VegTech Plant-based Innovation & Climate (NYSEMKT:EATV), is the best option if you’re looking for exposure to a wide range of plant-based stocks, including Ingredion (NYSE:INGR), Beyond Meat, and Mission Produce.

An exchange-traded fund (ETF) called the U.S. Vegan Climate ETF (NYSEMKT:VEGN) is available, but its holdings are weighted toward tech and generally resemble the S&P 500 (INDEX: ^GSPC). The ETF’s biggest holdings are Nvidia (NASDAQ:NVDA), Microsoft (NASDAQ:MSFT), and Tesla (NASDAQ:TSLA).

Find out how to invest in food you eat.

Learn about the food delivery sector.

How do you find new vegan stocks?

There’s no easy way to track vegan stocks coming to the market, but an occasional search for terms such as "vegan IPO" and "vegan companies going public" should help you discover new vegan stocks.

Impossible Foods, the maker of the Impossible Burger, is not currently publicly traded. Reuters reported in April 2021 that the company is planning its IPO within the next year. In October, Bloomberg reported that Impossible Foods was in talks to raise $500 million at a $7 billion valuation, indicating that an IPO may not be that imminent.

Does Beyond Meat pay dividends?

Beyond Meat doesn’t currently pay a dividend. The company is unprofitable, and management has said that it does not intend to pay a dividend for the foreseeable future.

How Much Money Do You Need to Start Investing?