Uses for Blockchain in Healthcare

You might immediately think of cryptocurrencies when the topic of blockchains comes up. But blockchains aren't limited to only supporting digital currencies. They're now being used in multiple sectors, including healthcare.

Here's what you need to know about the use of blockchain technology in healthcare and some of the companies that are leading the way. 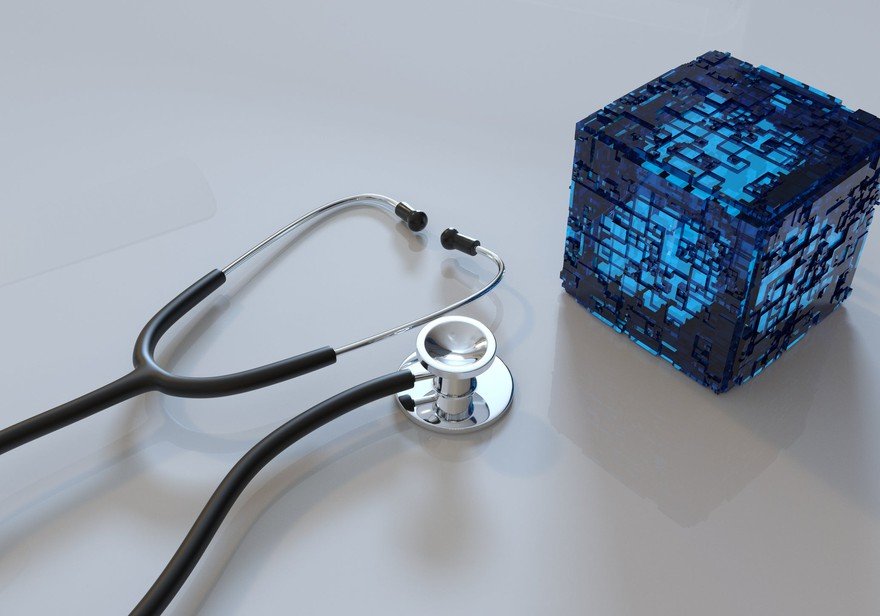 Opportunities for blockchain in healthcare

The most important thing to understand when it comes to using blockchains in healthcare is the scope of the opportunities. Several inherent advantages of blockchain technology, including its cost-effectiveness, security, and transparency, provide significant benefits when applied to the healthcare sector.

Probably the most important blockchain use case in healthcare is in securing patient data. Currently, most patient data exists in silos that aren't connected to each other. For example, your primary care physician has access to some of your medical data but not to data that specialists such as a cardiologist or an OB-GYN can access and vice versa.

Another key opportunity for blockchain implementation in healthcare is supply chain management. Blockchain could enable customers to track items beginning at their initial manufacturing through each stage of the supply chain. This would be especially beneficial in helping patients make sure they aren't receiving counterfeit drugs.

A related potential use of blockchain in healthcare is streamlining contracts and payments with the different companies involved in the supply chain. Manufacturers, distributors, and healthcare providers could have shared digital contracts on a distributed blockchain ledger instead of having separate versions of the contracts. Any pricing changes, which happen quite frequently in healthcare, could be updated for all players at one time.

How blockchain works in healthcare

Blockchain applications in healthcare won't need to work any differently than blockchains in any other arena. A blockchain is a shared record of transactions that are stored in a digital ledger. These transactions are immutable, which means that they can't be changed or altered in any way.

Importantly, there's no need for a central authority. No participant in the blockchain necessarily has to have a preexisting relationship with another. For example, an insurer could gain access to a patient's medical records stored in a hospital's EMR system (with the patient's consent) even if the insurer had never interacted with the hospital in the past. The primary prerequisite is that the insurer and hospital must be verified by the blockchain network first.

Companies that use blockchain in healthcare

Accenture (NYSE:ACN) is a global consulting firm. It was one of 15 winners of a "blockchain challenge" sponsored by the Office of the National Coordinator for Health Information Technology and the National Institute of Standards and Technology. Accenture's proposal laid out a plan to improve patient outcomes and interoperability using blockchains integrated with existing technology systems.

The company worked with DHL (OTC:DPSGY) to build a blockchain system that tracks medications from the point of manufacturing to delivery to the consumer. This system could help reduce counterfeiting as well as improve the delivery of medications in emergencies.

Anthem (NYSE:ANTM) is one of the largest health insurers in the U.S. In 2019, the company and several other partners teamed up to develop a blockchain healthcare network. Those efforts culminated in the formation of Avaneer Health in 2021. Avaneer is creating blockchain solutions that help reduce inefficiencies in the U.S. healthcare system.

But Anthem's stake in Avaneer is only one example of its plans for using blockchain. Chief digital officer Rajeev Ronanki told investors in March 2021 that Anthem's goal is to be "a digital business, a business that innovates faster than the speed of the market." He added that this means the company will use artificial intelligence (AI) and blockchain to "transform every part" of its operations.

CVS Health (NYSE:CVS) is another company that helped start Avaneer. Although CVS is most well-known for its retail pharmacies, it also owns a leading pharmacy benefits manager and Aetna, one of the biggest health insurers in the U.S.

Aetna is also a key member of the Synaptic Health Alliance. The purpose of the alliance is to explore ways for blockchain technology to address major challenges for the healthcare sector.

IBM (NYSE:IBM) has ranked as a technology leader for more than a century. It's also one of the top players in developing blockchain solutions for healthcare.

Advantages and challenges of implementing blockchain in healthcare

The top advantages of blockchain in healthcare include:

The key challenges of using blockchain in healthcare include:

What Is Staking in Crypto?

How Is Cryptocurrency Taxed?

The use of blockchain in healthcare remains in its early stages. However, the potential opportunities are so significant that it seems likely that blockchains will be increasingly used throughout the healthcare system in the years to come.

Best Long-Term ETFs to Invest In

What Makes Cryptocurrency Go Up or Down?