What Is Bitcoin? Should You Invest?

Bitcoin has delivered unbelievable results so far, but it's still a risky investment.

Bitcoin (CRYPTO:BTC) is the first cryptocurrency, which is a decentralized digital currency that is not regulated by a central authority. Bitcoin gives full control to users instead of financial institutions.

Over the years, Bitcoin has inspired thousands of new types of cryptocurrency that have built on its technology. It has also become popular as an asset class due to gains in its value. Here's a closer look at how Bitcoin works and how to decide if you should invest in it. 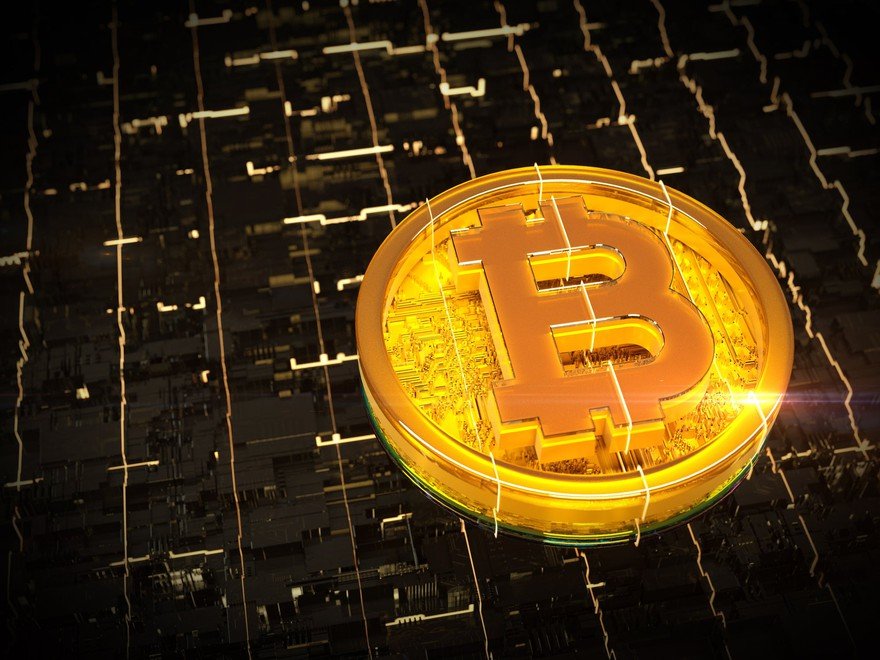 A brief history of Bitcoin

A white paper called, "Bitcoin: A Peer-to-Peer Electronic Cash System," released on Oct. 31, 2008, marks the official start of Bitcoin. Released by its author under the pseudonym Satoshi Nakamoto, the paper described a digital currency that would enable peer-to-peer payments without relying on financial institutions.

Nakamoto was instrumental in the early development of Bitcoin, both by mining the first block and completing the first transaction by sending 10 Bitcoin to programmer Hal Finney. In 2010, Nakamoto disappeared and effectively handed over control to software developer Gavin Andresen.

Bitcoin would see significant and often explosive growth over the years that followed. A small portion of retailers began accepting Bitcoin, with Overstock (NASDAQ:OSTK) being the first major retailer to do so in 2014. A bull market in 2017 saw Bitcoin's price rise to nearly $20,000 before losing a large portion of its value.

During the COVID-19 pandemic, digital assets became much more popular as an investment, leading to Bitcoin's most successful period. Its price topped $60,000 in 2021. El Salvador became the first country to make Bitcoin legal tender in 2021.

How does Bitcoin work?

Bitcoin is a digital currency that uses blockchain technology and cryptography -- writing and solving codes -- to process transactions.

Bitcoin and other cryptocurrencies provide decentralized payments with blockchain technology. The chain of blocks is a public distributed ledger of all transactions made with Bitcoin. When people send and receive Bitcoin, more blocks are added to the chain as transaction records. The blockchain conveys public information that is available to all users, making every Bitcoin transaction traceable and impossible to change.

Completing Bitcoin transactions relies on a process called mining. To add a block to the blockchain, a miner must use computing power to solve complex mathematical equations. Although computers can solve the equations, specialized mining devices such as those made by NVIDIA (NASDAQ:NVDA) are much more efficient.

Bitcoin mining is energy-intensive and has a negative environmental impact. Bitcoin miners collectively use a significant amount of energy, more than the amounts used by quite a few countries.

How to buy Bitcoin

Here's how to buy Bitcoin:

Since Bitcoin is the most popular cryptocurrency, Bitcoin trading is available on just about any exchange. These are a few of the best-known and highly rated exchanges:

After you choose an exchange and create an account, you can verify your identity with a driver's license, passport, or other valid identification typically issued by a government. This step is required for tax reporting purposes and to prevent criminal activity such as money laundering.

Once your exchange account is funded, you can buy Bitcoin. Specify how much fiat money you want to spend, review the transaction, and confirm the purchase.

How to use Bitcoin

Although more than 18 million Bitcoin are in circulation -- with a maximum total supply of 21 million -- Bitcoin today is most commonly considered as a store of value. Many view Bitcoin as a form of digital gold rather than money in the traditional sense. Users can also transfer Bitcoin to other people and pay with Bitcoin for purchases from a very limited number of businesses.

Major companies that accept Bitcoin as a payment method include Overstock, Microsoft (NASDAQ:MSFT), and AT&T (NYSE:T). If you buy Bitcoin or another cryptocurrency via PayPal (NASDAQ:PYPL), you can use it to pay for purchases from any retailers that accept PayPal Checkout.

Bitcoin is stored in a crypto wallet. When it's bought, sold, traded, or used for purchases, it's transferred from one Bitcoin wallet to another. There are two types of crypto wallets:

When you buy Bitcoin, the platform where it's bought places your Bitcoin in a custodial wallet. Custodial wallets hold Bitcoin for other people but are managed by a third party. Depending on the platform, you may be able to transfer your Bitcoin to your own hot wallet or to a cold wallet. Quite a few buyers do this, and it's a common recommendation so that you have full control of your crypto.

Is Bitcoin mining a good idea?

Earning a profit as a home Bitcoin miner is difficult because of the expenses involved. The standard costs include a Bitcoin mining machine, electricity, and mining pool fees. Unless you have access to very cheap electricity, you're unlikely to break even.

Bitcoin mining involves setting up a machine to solve the complex equations used in Bitcoin's transaction process. When a miner is the first to solve a block of transactions, they get to add that block to the blockchain and receive rewards.

In keeping with Nakamoto's vision, the block reward paid to a Bitcoin miner is cut in half every time another 210,000 blocks are mined. This Bitcoin halving means that the rewards received by miners are continually decreasing. Once all Bitcoin have been mined, Bitcoin miners will only receive transaction fees.

Here's a closer look at the costs of Bitcoin mining:

You can use an online Bitcoin mining profitability calculator to enter numbers for an ASIC and your electricity rate to determine how much, if any, money you'd make. In most cases, there are easier ways to generate passive income. One popular alternative with other coins is staking crypto, which doesn't have the costs of mining.

Investing in Bitcoin in 2021

There's no denying that owning Bitcoin has been extremely profitable during its short history. Its value has increased from $1 in 2011 to more than $60,000 at times in 2021. Bitcoin is the most famous cryptocurrency and has been rapidly gaining popularity as a form of digital gold. Just as the supply of the precious metal is finite, the limited supply of 21 million Bitcoin could also significantly boost its value.

Bitcoin is also a volatile, high-risk investment. It's only existed since 2009, it might never be widely used as actual currency, and newer altcoins have distinct cost and operational advantages. And, Bitcoin mining is clearly at odds with environmentally responsible investing.

Although Bitcoin shouldn't account for a large portion of the value of your portfolio, a small investment in the cryptocurrency is worth considering. The key is to maintain a balanced, diversified portfolio. If you choose to invest in Bitcoin and other cryptocurrencies or cryptocurrency stocks, you will be well positioned to benefit if Bitcoin rises in value, but you won't be putting all of your eggs in one very volatile basket.

Upstart Is Down BIG! Buy, Hold, or Sell?

What is a Blockchain Ecosystem?