Dash (CRYPTO:DASH) is a digital currency that offers fast, cheap payments anywhere in the world. It aims to provide a user-friendly experience and privacy equal to cash.

Software developer Evan Duffield launched Dash on Jan. 18, 2014, under its original name of XCoin, which was later changed to Darkcoin. On March 25, 2015, it went through another rebranding to Dash, which comes from its goal of being "digital cash."

Many cryptocurrencies are rarely, if ever, used for transactions, but Dash has built a scalable digital payments system. In this guide, you'll learn what makes it unique, how it works, and whether you should buy Dash. 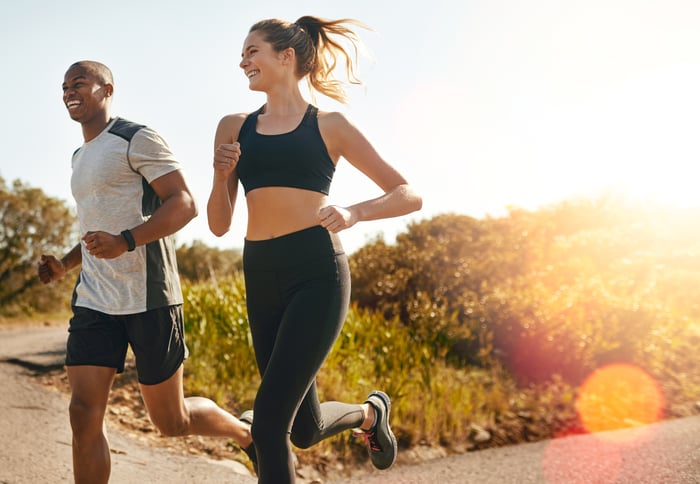 The most unique aspect of Dash is its masternodes system. A masternode is a special server with a full copy of the Dash blockchain. Users who have at least 1,000 Dash can operate masternodes that power several of Dash's features.

These features include InstantSend, which allows for fully confirmed transactions within two seconds, and CoinJoin, a method of running a sequence of transactions and making them harder to trace. In exchange for running masternodes, users receive a portion of the block rewards from Dash mining.

While most merchants don't accept any types of cryptocurrency, Dash has had some success in this area. It launched DashDirect, a retail savings app, on July 27, 2021. The app allows you to make purchases using Dash in more than 155,000 stores and 125 websites. It also includes discounts, with the discount amount depending on the retailer.

One final thing worth noting is how user-friendly Dash is. Its website clearly explains how Dash works and where you can buy it. This may seem minor, but it stands out compared to all the cryptocurrencies with overly complicated websites.

Dash is based on Bitcoin (CRYPTO:BTC), but it uses a two-tier network structure for improved efficiency. The first tier is a proof-of-work system where mining devices solve complex mathematical problems. When a miner finds the correct solution, they can add a new block of transactions to Dash's blockchain.

The second tier is Dash's masternodes. Anyone who proves ownership of 1,000 Dash can run a masternode. These masternodes are responsible for Dash's InstantSend and CoinJoin features, and they're also allowed to vote on governance and funding proposals.

Every time a block of transactions is added to the Dash blockchain, it generates rewards. The rewards are split three ways:

There are currently more than 10 million Dash in circulation, and it has a maximum supply of 18.9 million. Dash can be used for purchases with retailers through its DashDirect app. It can be traded on cryptocurrency exchanges that list it, which include:

What are the risks of Dash?

Here are the most significant risks of investing in Dash:

If you decide to buy Dash, only put in what you can afford to lose. And, if you'd prefer crypto exposure at a lower risk, consider cryptocurrency stocks.

Dash vs. Bitcoin: What's the difference?

Here's a breakdown of the main differences between Dash and Bitcoin:

One big difference is that Dash is much more efficient. Through its InstantSend feature, Dash offers transactions that process in seconds. Since the release of Dash 0.14, all transactions are effectively InstantSend transactions. Bitcoin transactions, on the other hand, take considerably longer.

Transaction fees are much lower with Dash as well. Although fee amounts can vary, they usually cost $0.01 to $0.02. Bitcoin transaction fees can range from $1 to more than $30.

They also have different mining algorithms, which are the rules for the computational work involved in mining a cryptocurrency. Dash uses X11, a newer mining algorithm that requires less processing power. That allows it to use less energy and keep mining hardware cooler.

It's hard to say if Dash will be successful as a long-term investment, given that its utility is based around being a payments system. But as a way to transfer money and make purchases, Dash has potential.