Dogecoin (CRYPTO:DOGE) is a cryptocurrency that began as a joke about price speculations in cryptocurrency itself. The creators intended to make a coin that no one would seriously invest in, but that didn't go according to plan.

Since this cryptocurrency launched, there has been no shortage of people ready and willing to invest in Dogecoin. It became the world's biggest memecoin during the first half of 2021 as its price rose by more than 15,000%. Now it even has its own ticker with The Motley Fool!

Although Dogecoin mania has considerably cooled, it still has fervent supporters. If you're thinking of joining the "Shibes" — the tribe of Dogecoin fans and investors — then you need to know about this cryptocurrency. 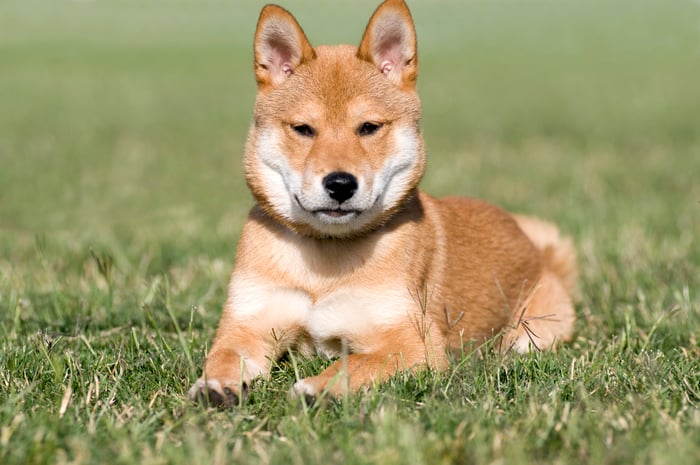 How was Dogecoin started?

Dogecoin was started in 2013 by two software engineers, Jackson Palmer and Billy Markus. Palmer originally came up with the idea as a joke on Twitter. He then created a Dogecoin website and left a note there to contact him if someone wanted to turn the idea into a real cryptocurrency. After hearing about Dogecoin, Markus took Palmer up on his offer.

The technological roots of Dogecoin can be traced back to the first cryptocurrency, Bitcoin (CRYPTO:BTC). Dogecoin is a fork of a now-defunct cryptocurrency called Luckycoin. Like an evolutionary fork, the Dogecoin developers copied Luckycoin's source code and modified it to create Dogecoin.

Dogecoin was first released by Markus and Palmer on Dec. 6, 2013. From the beginning, it was marketed as a casual, fun cryptocurrency. Dogecoin quickly built a loyal following, and the Dogecoin community completed several successful fundraisers in 2014. The fundraising provided:

In 2015, both Palmer and Markus left Dogecoin, and a team of four part-time developers took over. It wasn't until 2021 that Dogecoin's popularity exploded, with cryptocurrency becoming much more mainstream and Dogecoin publicly gaining an important fan — Elon Musk. The Tesla (NASDAQ:TSLA) CEO sent Dogecoin's price and market capitalization soaring several times after tweeting about the digital asset. He also mentioned it frequently while hosting Saturday Night Live.

While many were expecting Musk's appearance on Saturday Night Live to push this digital currency to new heights, it had the opposite effect. After his appearance, the value plummeted by more than 75% in less than two months. As it turned out, the lead-up to the show would be the peak of the Dogecoin hype in 2021.

How does Dogecoin work?

Dogecoin is a cryptocurrency that can be bought, sold, transferred, and used for purchases (although very few merchants accept it or any other cryptocurrencies). It uses blockchain technology to maintain a decentralized digital ledger that records all Dogecoin transactions.

Like Bitcoin and many other cryptocurrencies, Dogecoin uses the proof-of-work method and a process called mining to validate transactions. Dogecoin miners use devices, such as computers with high computing power, to solve mathematical equations that verify and record transactions on Dogecoin's blockchain. In return for verifying Dogecoin transactions, miners receive payment in Dogecoin.

To its credit, Dogecoin is much more efficient than Bitcoin. Dogecoin mining is faster than Bitcoin mining and requires far less energy, so it doesn't have anywhere near Bitcoin's environmental impact.

Dogecoin transactions are also much faster and cheaper than Bitcoin transactions, but it's not alone in this regard. There are now many popular types of cryptocurrency that surpass Dogecoin's transaction fees and processing times.

How can I buy Dogecoin?

Dogecoin trading is available on several of the top cryptocurrency exchanges. Here are a few of the most popular options:

After you've purchased Dogecoin, you can keep it on your exchange account or transfer it to a crypto wallet that offers Dogecoin storage. Transferring it to a Dogecoin wallet is recommended so that you, and not the exchange, have complete control of your coins.

How many Dogecoins are there?

More than 130 billion Dogecoins are currently in circulation. It is an inflationary coin, meaning there's no maximum Dogecoin supply. The starting supply — 100 billion Dogecoins — was mined before 2015, and, since then, approximately 5 billion additional Dogecoins have been mined annually.

Is Dogecoin a good investment in 2021?

It may be a fun concept, but Dogecoin isn't a good investment. It doesn't derive value from another asset, as stablecoins do, or add value to any financial system, such as Ethereum (CRYPTO:ETH). Dogecoin's biggest asset, aside from its entertainment value, is its community.

Dogecoin enthusiasts like the fact that it mocks itself. Many more crypto investors avoid Dogecoin for fundamental reasons, or they tend to invest only very small amounts.

Since Dogecoin doesn't have any notable intrinsic value, its popularity largely determines its worth. That can produce exciting short-term gains but is not a viable strategy for long-term investing success. Dogecoin's popularity has likely already peaked, with the next trendy cryptocurrency soon to emerge and capture our attention.

The Motley Fool advocates for investors to take long-term, buy-and-hold approaches to investing. If you're planning to invest in cryptocurrency, you have many better options besides Dogecoin.