Fintech stocks may be cyclical, but the long-term growth potential is undeniable.

There has been plenty of innovation in fintech -- financial technology -- over the past decade or so. Although many fintech stocks have consequently performed extremely well, fintech businesses aren't immune to recessions and turbulent economies. Nevertheless, fintech stocks have been a hot segment of the stock market in recent years.

Fintech-enabled e-commerce has steadily grown over the past decade from about 4% of all retail sales in 2010 to about 13% in 2021 -- more than tripling its share of the retail landscape. The trend toward cashless and contactless payments is clear and durable throughout the world. Fintech is a big beneficiary of this trend, as well as the need for secure ways to access money and sensitive financial information.

Here's what investors should know about the cyclicality of fintech stocks, as well as a list of four cyclical fintech stocks that have massive long-term growth potential. 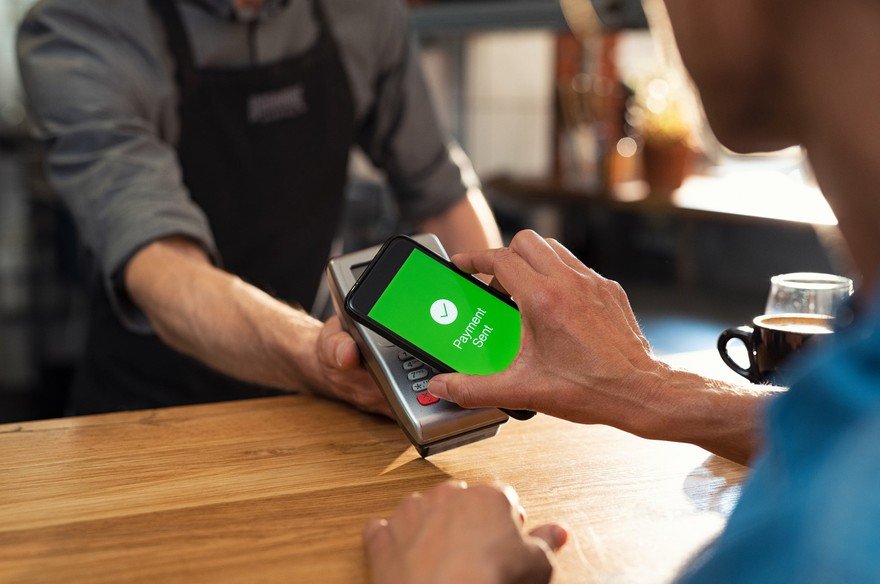 Generally speaking, the answer is yes. Fintech stocks are cyclical businesses for the most part. They largely perform in correlation with consumer spending and business investment.

It's important to note that the effects of recessions aren't always easy to predict and can have different impacts on different businesses. All recessions are different, so it's not quite as simple as saying that all fintechs will do poorly in recessions.

For example, a payment processing company such as Block (NYSE:SQ) (formerly known as Square) would typically be considered a cyclical business. The company primarily makes money by collecting a small percentage of each transaction processed with its hardware. But in recessions, consumers typically spend less, which translates to less income from fees for Block. However, with fintech-enabled e-commerce businesses growing during the COVID-19 pandemic, the company's stock price hit an all-time high during the peak of the crisis. The investor optimism was based on the growth rate of cashless payments accelerating, more people using the Block payment platform Cash App, and other pandemic-related catalysts that could further boost the payment processor's business.

Since some fintech stocks can be quite cyclical, they are less likely to perform well during recessions and other turbulent economic times compared to when the economy is strong and growing. But just because many fintech stocks are cyclical doesn't mean that some fintech companies won't do extremely well over the long term.

With that in mind, here are four cyclical fintech stocks that have tremendous long-term growth potential.

Visa (NYSE:V) and Mastercard (NYSE:MA) are very similar businesses, so it makes sense to discuss them together. These are two huge payment processing networks that together have in circulation more than 6 billion credit and debit cards around the world.

Visa and Mastercard operate payment processing networks that are "open." They don't actually lend any money themselves; rather, they facilitate the movement of money from one place to another. In exchange for this service, Visa and Mastercard each collect a percentage (often referred to as the "swipe fee") on every transaction. There are other ways the companies make money, such as by facilitating cross-border payments. The bottom line, however, is that they primarily generate fee income based on the volumes of money flowing through their networks. So when consumer and business spending both drop during recessions, Visa and Mastercard's revenues are likely to decrease as well.

Both companies still have vast growth opportunities ahead of them. The transaction volume that flows through Visa and Mastercard's payment networks is roughly $20 trillion on an annualized basis, a relatively small fraction of the $185 trillion global payment opportunity that Visa estimates to exist worldwide.

Even though the pandemic has been good for Block, we haven't yet seen how its business would perform in a normal recession. The company is just over a decade old, and other than the COVID-19 recession, it hasn't been through any economic contractions.

A more typical recession would likely cause a decline in revenue in most of Block's business segments. Payment processing revenue would probably take a hit in the same way that Visa and Mastercard would process fewer transactions. Square Lending, the company's small business lending platform, would likely see loan volume decline as businesses suffered. With decreased consumer willingness to spend, Cash App would likely be used less. And don't forget that Block recently acquired buy-now-pay-later (BNPL) company Afterpay, which could be the most cyclical component of its business going forward.

Block nonetheless has an immense opportunity to not only build out its core payment hardware business to several times its current size but also to create a complete financial ecosystem for businesses and consumers. Block's recently launched Online Store platform enables retailers to develop true omnichannel capabilities, and, with a pending application for a banking charter, Block's business lending platform could grow much larger. On the personal-use side, its Cash App -- which is still in the early stages of monetization -- could not only dramatically increase Block's user base but also offer an increasing range of consumer financial products. In the future, the company could offer personal loans, checking accounts, insurance products, mortgages, auto loans, and more.

Bill.com (NYSE:BILL) is by far the smallest company on this list. The company provides financial solutions for businesses, with a particular focus on small- and medium-sized companies. Services include customer invoicing and accounts payable processing, among several other financial solutions designed to bring businesses into the modern age.

The services Bill.com provides could obviously be expected to slow down in a recession. Although its business is cyclical in nature, Bill.com is tapping into a substantial market opportunity. The trend toward cashless payments is clear in the U.S.; however, Bill.com says that 90% of small- and medium-sized businesses still use paper checks to pay either employees or vendors. Using paper checks is time-consuming and costs significantly more than electronic methods, so this represents an important market opportunity for Bill.com. The company estimates the size of its addressable market to be about $30 billion worldwide and $9 billion in the U.S. alone. With annualized revenue of just over $600 million, it's fair to say it could still be early in Bill.com's growth story.

SoFi (NASDAQ:SOFI), short for Social Finance, is the newest company on the list, having gone public in 2021 through a SPAC merger. The company started out as a private student lender but has since evolved into a full-featured financial ecosystem, intent on competing with the big banks. Its slogan is "break up with bad banking," and it aims to help people do that by offering virtually everything their current bank does, but with far fewer pain points.

On the lending side, SoFi offers student loans, as well as personal loans, mortgages, and more. It offers both checking and savings accounts with some of the highest APY in the industry, as well as a brokerage platform that allows users to trade stocks and cryptocurrencies. It also offers a cash-back rewards credit card, just to name a few of its products. SoFi is still a relatively small bank, but it has been investing aggressively in marketing and brand awareness and has been increasing its customer base at a triple-digit annual percentage.

Looking for fintech dividends? These companies are your best bet.

What's Going on With SoFi Stock?