There's a wide spectrum of risk in fintech investing, but here are some ways to assess risk for a specific fintech stock.

Fintech stocks are typically high-growth companies that are investing heavily in disruptive technologies, and, as a whole, they aren't the safest places to put your money.

That said, just as with any other sector or subsector of the stock market, there is a wide range of risk when it comes to fintech stocks. And, even for those that would be considered risky, the long-term return potential can certainly justify the risks. Some fintech stocks are among the most rock-solid companies in the world and could be considered very safe stocks, while others are high-growth stocks with tremendous return potential but also with a lot that could go wrong.

With that in mind, here's a rundown of some of the key factors to consider from a safety perspective when evaluating fintech stocks for your portfolio. 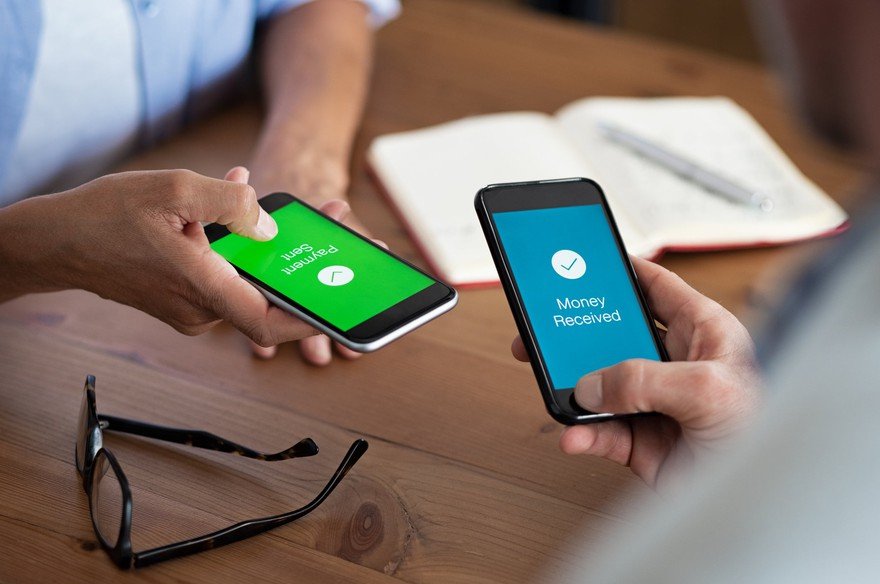 One thing I look for in every fintech stock I consider is how fast it's growing revenue (or sales). It's important not only to look for excellent growth in the current quarter or fiscal year but also to look for an established and consistent track record of growth.

In addition, it's important to be sure there's plenty of room for the growth rate to be sustained. As an example, if a company has $1 billion in annual sales and grew its revenue by 30% last year, I'd be more excited if the overall market size were $50 billion than I would if it were $3 billion.

Does the company you're studying have a substantial debt burden on its balance sheet, or is it cash-rich? A rock-solid balance sheet with more cash than debt can significantly reduce the risk involved with an investment -- even more so if the company is profitable.

In the fintech industry, there are many companies that aren't yet profitable. And that's OK, provided that they're growing and have a clear path to profitability. For example, Square (NYSE:SQ) isn't consistently profitable yet, but with the stock recently soaring to all-time highs, nobody seems to care. Why? Square is expanding its business so rapidly, quarter after quarter, that investors are perfectly happy with the company's decision to reinvest aggressively in its business.

Consistent profitability certainly adds to the safety of a stock. This is why I'd put a consistently profitable company such as American Express (NYSE:AXP) in a lower risk tier than Square.

Is the fintech company you're considering the leader in its business, or does it compete with larger players? Is the industry large and fragmented, or do just a few companies dominate the market? Competitive risk is one of the main factors affecting the safety of any stock, including fintechs.

As an example, consider Visa (NYSE:V) and Mastercard (NYSE:MA). They aren't just the leaders in payment processing, the two of them dominate the space. On the other hand, newly public insurance tech company Lemonade (NYSE:LMND) participates in a highly competitive industry with lots of much larger players.

On a similar note, a durable competitive advantage (or several) can help level the playing field between large, established companies and small, disruptive fintechs.

Competitive advantages come in several forms. Maybe a company has pricing power over its rivals or a brand name that is widely trusted and helps sell its product. As an example of the latter, consider how PayPal (NASDAQ:PYPL) has become nearly synonymous with "online payments." This creates a huge barrier for would-be competitors.

In the fintech space, common competitive advantages also include such things as proprietary technology, patents, and other intellectual property. I mentioned insurance tech company Lemonade in the previous section; although it's small and in a crowded industry, the company has an artificial intelligence quote platform superior to what's currently on the market.

Cyclicality refers to how sensitive an industry or business is to recessions and other economic fluctuations. As an example, a hotel is a cyclical business since fewer people travel when times are tough. On the other hand, healthcare is not a cyclical business because people need access to healthcare services no matter what the economy is doing.

Some fintech companies are quite cyclical. For example, not only do credit card issuers such as American Express and Discover Financial Services (NYSE:DFS) rely on the ability and willingness of consumers and businesses to spend money, but, during recessions, more people tend to have trouble paying their bills.

On the other hand, payment processors such as Visa and Mastercard are somewhat less cyclical because, while they rely on fee income from spending, they are not lenders and don't have as much default risk.

What is the No. 1 reason people join social media sites such as Facebook (NASDAQ:FB) and Twitter (NYSE:TWTR)? It's because other people they are interested in are already on the platform. This is a basic explanation of a phenomenon known as the network effect, and this also applies to some fintech stocks.

As an example, Square's Cash App allows users to seamlessly send and receive money from people they know. As more people sign up for the Cash App over time, the platform becomes even more attractive to those not already on it. In other words, Cash App is a much more useful platform now that it has 30 million active users than it was with 7 million users at the end of 2017.

Many people couldn't bear the thought of deleting their Facebook page, and the same can be said for their Cash App and Venmo accounts. This effect provides a competitive advantage that adds to the safety of the companies that operate these platforms.

When investing in stocks, regardless of the sector or subsector of the market, it wouldn't be fair to label all fintech stocks as either safe or risky. This is especially true in the fintech space where companies cover such a broad range of business models, and you should therefore evaluate each stock's relative safety level individually using the criteria discussed here.

Financial technology has a ton of upside, but these stocks can rise and fall with the economy.