Here are some of the best stocks that enable you to benefit from fintech's growth without sacrificing steady income.

The financial industry has been evolving rapidly over the past few years, with the technology we use to send, receive, and spend money continuing to grow at an impressive pace.

The conundrum for many investors is that the companies producing the most innovative technologies aren't often known for paying dividends. Even some of the leading fintech companies, such as Block (NYSE:SQ) (formerly Square) and PayPal (NASDAQ:PYPL), still don't pay dividends and have no plans to start.

However, some publicly traded companies participating in the rapidly growing fintech industry do pay dividends. 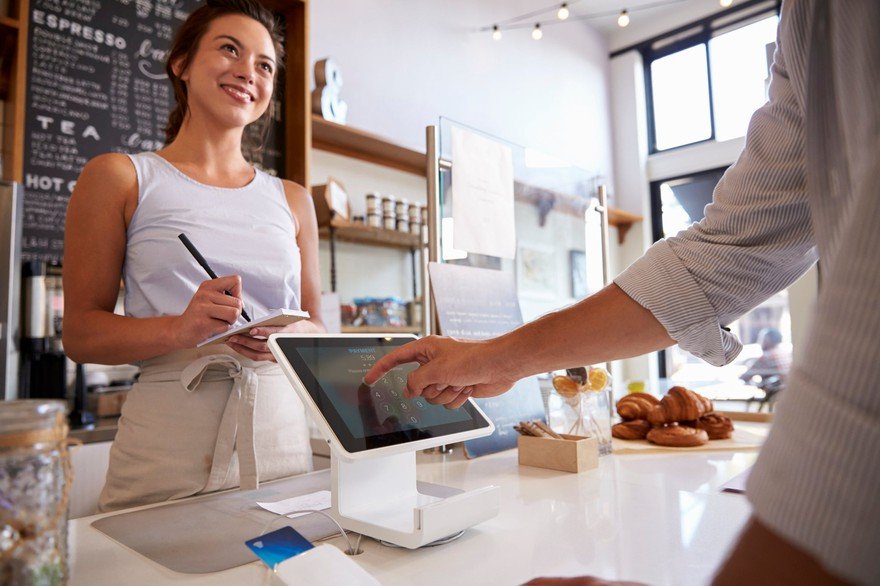 There are more than 3.8 billion Visa-branded credit and debit cards in the world as of the end of 2021, but with as much as 80% of payment transactions worldwide still being conducted in cash, the company has ample opportunity to grow. While it isn't exactly a high-dividend stock, Visa pays consistent dividend income. The company has steadily increased its payout over the years and is likely to continue doing so.

Since Visa went public in 2008, its stock has produced an impressive total return of about 1,710% as of February 2022. This performance is due in part to the global trend toward cashless and contactless payments, combined with the gradual but strong rise in e-commerce. And, thanks to payment-focused innovations by companies such as Block, it's easier than ever for merchants of all sizes to accept credit and debit cards.

Visa and Mastercard are extremely similar businesses and even pay similar dividends. They essentially have a duopoly on the payment card industry in the U.S. and have dramatically expanded their presence in other countries over the past decade or so. They offer an excellent combination of safety, income, and growth potential, which is rare in the fintech industry.

Mastercard is smaller than its rival, with 2.98 billion branded cards in circulation at the end of 2021. While Visa has the advantage of being the biggest payment card provider, Mastercard arguably has more room to grow.

Even so, all of the leading payment card providers have considerable growth potential. When including service offerings such as person-to-person and business-to-business payments, the worldwide payments sector processes an estimated $185 trillion annually. Mastercard and Visa together are responsible for only about $15 trillion of that.

Although Bank of America probably isn't the first company that comes to mind when you hear the word "fintech," the company deserves a spot on this list.

Of the four biggest U.S. banks, Bank of America could be considered the leader in technological innovation. In 2020, Scorecard publishers Keynova and Javelin named Bank of America No. 1 in online banking and mobile banking functionality. Forrester Research (NASDAQ:FORR) has rated the company as No. 1 in digital checking account sales functionality.

An impressive 86% of Bank of America's deposits now come from digital sources, as do 49% of the bank's sales. This traction in the digital space should drive major improvements in efficiency in the years ahead, giving Bank of America an edge over its competitors.

Although it doesn't have quite the reach of Visa or Mastercard, American Express has impressively grown in recent years. Its products aren't universally accepted like those of Visa and Mastercard, but the dreaded, "Sorry, we don't take American Express," is being heard less often.

American Express is a closed-loop payment network, meaning that it issues its own credit and processes its own transactions without the involvement or support of any large financial institutions. The company makes money from transaction fees, like Visa and Mastercard, and also from interest income paid on customers' outstanding debts.

Perhaps the best reason to consider American Express is the success it has with the millennial generation. The company offers holders of high-end credit cards unique benefits such as Uber (NYSE:UBER) credits and access to its network of high-end airport lounges. The company has also adeptly added an array of non-travel benefits, which could help it to retain more customers than its peers and perhaps turn millennials into lifelong Amex customers.

Are dividend-paying fintech stocks right for you?

Like most dividend-paying stocks, the companies discussed here are relatively mature businesses. And, while each has considerable growth potential, their stocks are not the fastest-growing in the fintech space by any stretch of the imagination. If the growth potential of your stock holdings is your primary interest, then some of the top non-dividend-paying fintech stocks might fit better in your portfolio.

All of the companies on this list operate well-established businesses, have performed extremely well recently, and have plenty of growth potential. Many of them are also likely to increase their dividends for years to come and can be relatively recession-resistant, especially Visa and Mastercard.

Financial technology has a ton of upside, but these stocks can rise and fall with the economy.

3 Cryptocurrencies to Buy in Any Bear Market

Why Blackstone Believes It Has Enormous Growth Potential

Polygon Has a New AI Project. Will It Rival ChatGPT?