A comprehensive guide to the top names in defense.

The U.S. defense industry consists of a group of companies battling for contracts from a single customer — the U.S. government — with a seemingly insatiable appetite for its products.

The U.S. government spends more than $700 billion annually on defense, as well as billions more on intelligence and space. A good portion of the total goes to salaries and benefits for soldiers and other nonprocurement purposes, but the U.S. military also spends a hefty chunk on the tanks, ships, and planes built by defense contractors. 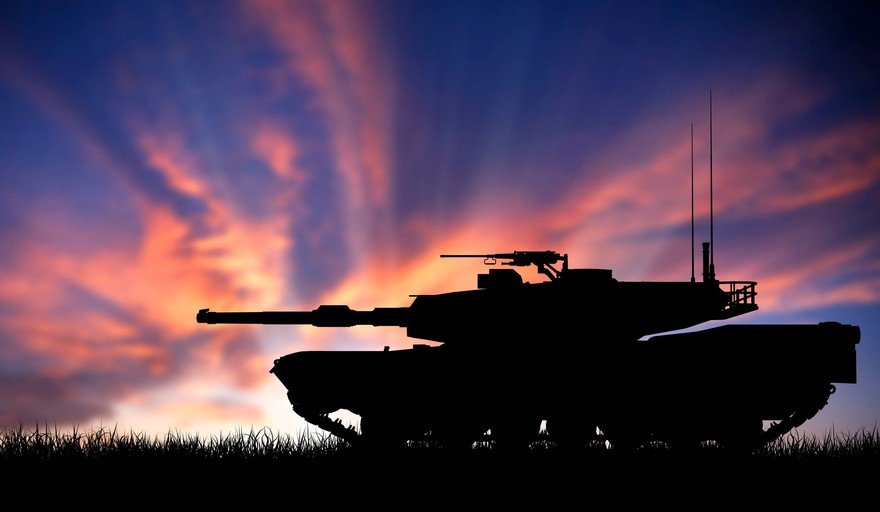 Why invest in defense stocks?

The large prime contractors get most of the attention from investors and rightly so. The so-called primes that mostly deal directly with the government instead of serving as subcontractors to other companies have streamlined to become highly focused specialists competing for multibillion-dollar contract awards. Factoring in dividends, five of the six largest defense contractors have outperformed the S&P 500 index over the past 10 years.

Defense stocks tend not to be highfliers like tech stocks, but they do offer predictable and stable returns. They tend to move based on what is going on in Washington, D.C., rather than on the cyclical movement of the economy.

They can offer a mix of slow but steady growth and income to a portfolio. Thanks to the extended time frame of government contracting, they can offer revenue predictability well into the future.

It's important to understand a few basics about the defense industry. Broadly speaking, any company that receives the bulk of its revenue from government customers, whether it's the Pentagon, civil agencies, or intelligence services, is considered a defense contractor.

There are a few specialists, but following a period of intense consolidation during the 1990s, most of the large contractors have numerous different businesses. Most have at least two areas of emphasis, such as warplanes and missiles or ships and tanks, so they are not overly reliant on any one contract. But none is a jack of all trades able to compete for whatever the Pentagon desires.

The key to investing in the sector is to choose carefully between the contractors based on areas of Pentagon emphasis and relative valuation gaps between the companies that can be explained away or should ease over time.

Here's a look at some of the biggest names in defense:

Boeing is best known for its commercial jet empire, and defense makes up less than one-third of total sales. But that's still enough to place the company among the largest defense contractors.

As one might expect, much of Boeing's defense portfolio is aviation-based. Boeing has an extensive portfolio of planes and helicopters in service, including the F/A-18 Super Hornet, the F-15 fighter, the Apache helicopter, and a number of surveillance and support aircraft.

Boeing also manufactures several missiles and has a large space business. In addition, it has emerged as a leader in drones and other autonomous systems.

Raytheon doesn't have a massive signature program like a bomber or a warship, but it makes the electronics and high-tech sensors that go into many of those systems. Its missile systems, including the Patriot defense batteries, are among the best in the world, and it provides sensors and other equipment to the intelligence community. 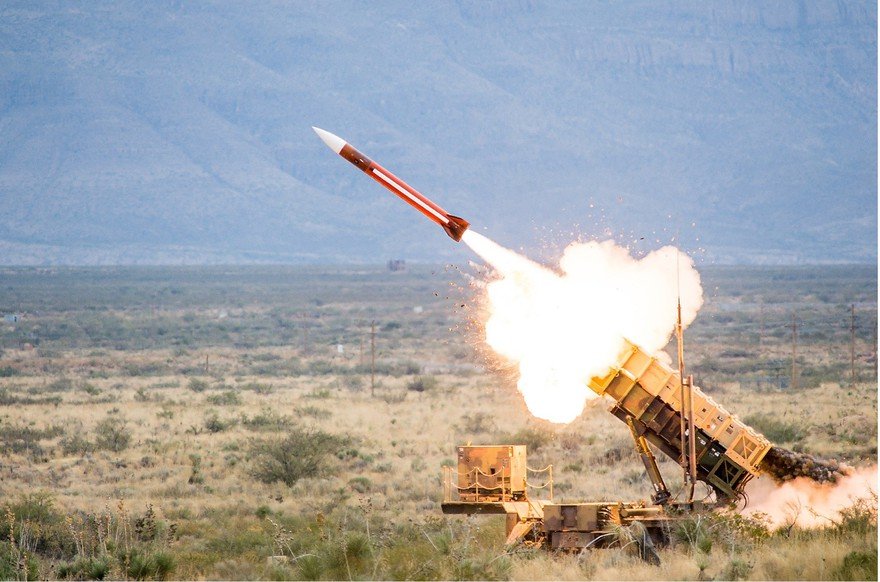 Thanks to its 2020 merger with United Technologies, Raytheon has a broad portfolio of aerospace businesses, including Pratt & Whitney engines and Collins Aerospace. The mix of defense and commercial revenue means Raytheon is not overly reliant on either the Pentagon or commercial airlines, although it also means that when airlines have been hobbled during the COVID-19 pandemic, Raytheon's stock fell more than pure-play defense primes.

Raytheon also has more international exposure than its peers, thanks to both its commercial business and the global appetite for missiles.

Lockheed Martin is the largest contractor in terms of defense revenue — Boeing and Raytheon both get the majority of sales from non-defense businesses — and the prime contractor for some of the Pentagon's biggest projects. Its flagship program is the F-35 Joint Strike Fighter, which is expected to generate more than $1 trillion in sales over the course of its life cycle to both the U.S. and its allies. 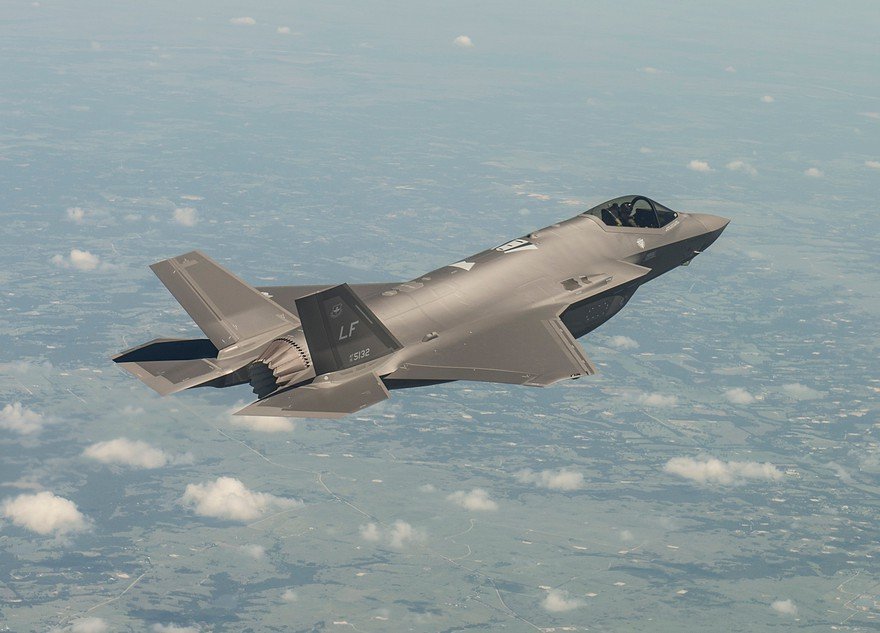 However, Lockheed Martin is much more than just a one-hit wonder. It is a major producer of missiles and missile defense systems, and it has a dominant helicopter franchise and a rapidly growing space business.

Lockheed Martin is the manager of the famous Skunk Works research facility in California that has produced some of the most iconic military aircraft designs. These days, much of that R&D muscle is going toward hypersonics, meaning the missiles and aircraft traveling at more than five times the speed of sound which the Pentagon considers a priority.

Northrop Grumman is a contractor focused on the skies above. The company's signature programs are its bombers, including the original stealth bomber and the forthcoming B-21. It also makes important subsystems for the F-35 and other aircraft.

The B-21 is an $80 billion program over its lifespan, and Northrop Grumman is also the lead contractor on the planned nine-figure overhaul of the nation's aging intercontinental ballistic missile arsenal.

Northrop Grumman was almost sold to Lockheed Martin in the late 1990s, but the deal was eventually blocked by regulators as anticompetitive. The company seemed adrift for a while after that, unsure of how to navigate on its own. In recent years, though, Northrop Grumman has found a clear mission and is evolving into an air and space defense powerhouse.

Infrastructure is the backbone of the economy, so these companies can help build your portfolio.

While these stocks remain cyclical, industry consolidation has created a few winning companies.

General Dynamics has an impressive portfolio of defense products. It serves as the U.S. government's primary supplier of tanks and heavy land vehicles and also owns a number of shipyards where destroyers and nuclear-powered submarines are manufactured. But the company has been an underperformer in recent years for reasons that have nothing to do with defense.

General Dynamics also owns Gulfstream, one of the world's largest manufacturers of business jets. That part of its business never recovered from the 2008-2009 recession, eating into results and making General Dynamics an underperformer relative to its more defense-focused peers.

In addition, the company is one of the primary IT vendors to the government, managing networks and doing top-secret work for the Pentagon, spy agencies, and civil bureaucracies.

Big defense companies are getting bigger

Biggest doesn't always mean best, and simply buying the biggest names in the defense industry is no way to invest. But in an industry that requires massive specialized manufacturing skills, access to security clearances, and strong relationships with government buyers, size does matter.

The world isn't getting any safer, and the government's appetite for the products these companies sell is unlikely to dry up anytime soon. The order of the rankings might change over time, but there is good reason to expect that today's list of the largest defense companies will look quite similar to one made in a few years' time.

Why Shares of Full Truck Alliance, UP Fintech Holding, and RLX Technology Are Rising Today