Technological advances have democratized outer space, transforming the cosmos from a domain once dominated by government entities and creating new opportunities for the private sector. The private sector has responded enthusiastically, giving investors a lot of choices when thinking about investing in space. 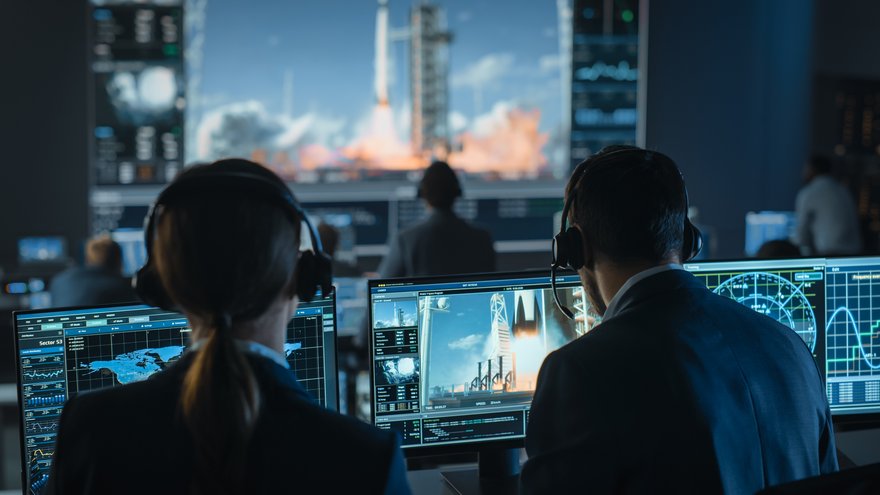 Space investors can pick between established defense titans and narrowly focused start-ups and companies building things in the heavens and those transporting those products into orbit. The potential is as vast as the sky itself. Morgan Stanley believes global space could be a $1 trillion industry by 2040.

There’s a lot of risk here since this is literally rocket science. And even the best in this business experience trial and error as they bring new innovative products online. The market is rapidly growing, but the number of potential customers for these businesses is still relatively small, and the government still has a major role in determining what gains altitude.

But for those who believe they have the right stuff and are willing to tolerate the risk in hopes of reaping big rewards, here are some of the more intriguing options for space investors.

Lockheed Martin is best known as the maker of the F-35 Joint Strike Fighter, but the company also has an extensive space business focused on the manufacture of satellites and missiles, as well as a massive launch business via a joint venture with Boeing (NYSE:BA).

Lockheed historically has focused on business for the Pentagon and NASA, although it does have some commercial customers. Its space unit gives it exposure to some of the fastest-growing development areas in defense, including hypersonic missiles able to travel at more than five times the speed of sound.

Lockheed Martin had hoped to expand its space presence via an acquisition of Aerojet Rocketdyne, but the company walked away after hearing regulators object to the power the combination would have. Even without Aerojet, space accounts for more than 15% of company revenue.

Virgin Galactic is focused on space tourism. Founded by serial entrepreneur Richard Branson, the company has been public since a 2019 deal to merge with a special purpose acquisition company (SPAC) run by another famous investor, Chamath Palihapitiya.

However, Virgin Galactic has run into some turbulence as it attempts to ready its spaceship for commercial service. The company missed its target to begin flights in time for Branson’s 70th birthday in July 2020.

Assuming Virgin Galactic finally gets airborne, the company has a backlog of more than 700 people willing to pay as much as $450,000 for a few minutes of weightlessness. The question for investors is whether Virgin Galactic will ever be able to give them that ride and whether it can do so profitably as a business. 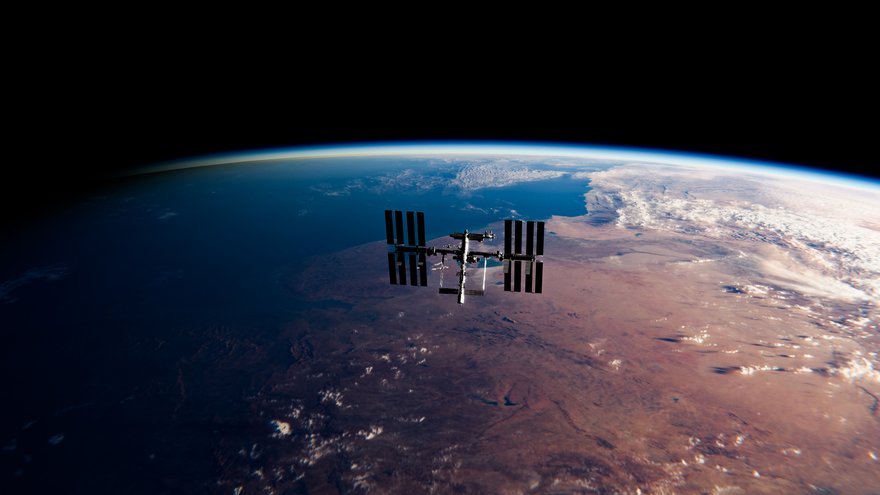 Rocket Lab is another relative newcomer to public markets. The company is focused on launching small satellites into space, but it is investing to expand out its offering to include larger launches and also adding related services such as satellite manufacturing and components.

This is a competitive market, but Rocket Lab is a low-cost provider and is currently conducting commercial launches, putting it out in front of some of its would-be competitors. Space is full of risk for young companies, but Rocket Lab looks like a potential winner as the commercial space race heats up.

Maxar was formed by the 2017 merger of DigitalGlobe and MDA Holdings, creating a one-stop shop for the manufacture of communications and Earth observation satellites, as well as an imagery business that counts both Alphabet’s (NASDAQ:GOOG) (NASDAQ:GOOGL) Google Maps and the Pentagon among its customers. If you’re looking at a satellite view of your next vacation destination, chances are good that you’re looking at a Maxar image.

It's a subsector that has benefited from consolidation, and the war in Ukraine is a fresh reminder about the importance of satellite imagery. Commercial buyers are finding new ways to use imagery as mapping tech improves, creating a potentially large addressable market for a formerly niche business.

All of these new space entrants mean a lot more space junk, or debris from launches and non-functional satellites that remain in orbit. That’s a problem someone needs to solve, and Momentus believes it has the answer.

Momentus wants to be the tow truck company for space, with plans to launch a fleet of satellites that can transport other objects out of harm's way or back into their correct orbit, as well as in-orbit servicing and other related offerings.

This is an early-stage company, and others, including defense giant Northrop Grumman (NYSE:NOC), have plans to offer many of the same services. But the need is real. This is a potential high-risk, high-reward stock for investors who are looking to add a little space speculation to a diversified portfolio.

The biggest name in space-tech you can’t invest in

Unfortunately for investors, one of the biggest names in space is not on this investment list. Elon Musk’s SpaceX is perhaps the most successful of the next-generation space start-ups and has numerous government contracts. SpaceX -- and not one of the established defense contractors -- is currently ferrying astronauts from U.S. soil to the International Space Station, and SpaceX has a large satellite business as well.

Musk has said he has no intention of taking SpaceX public, although he could one day float the company’s space-based Internet service, Starlink. For now, however, there is no direct way for retail investors to buy into SpaceX.

Given the risks that come with space -- and the fact that so many of these companies are young and not fully proven -- investors might want to consider buying into space via an exchange-traded fund, or ETF, gaining exposure to the sector without having to pick one winner. Space-focused ETFs include Procure Space (NASDAQ:UFO), ARK Space Exploration and Innovation (BATS:ARKX), and SPDR S&P Kensho Final Frontiers (NYSEARCA:ROKT).

Are space stocks right for you?

Space is exciting, but it’s also dangerous. That’s also true about most of these stocks. There is amazing, world-changing potential in a lot of these businesses, but there’s also a significant risk that one or more of them will fail to get the tech exactly right and never live up to their potential.

For investors looking for moonshots, space stocks might be a good choice. Just understand the risks that come with charting new horizons, and keep space stocks to a small, speculative part of a broad portfolio.

Analysis for the Long-Term Investor