Cobalt is a base material used in manufacturing. Usually a byproduct of refining copper or nickel, this element is used in items that include electric vehicle batteries, industrial equipment parts, and paints.

Particularly due to rising demand for lithium-ion batteries in electronic devices and electric cars, cobalt prices have been steadily rising during the COVID-19 pandemic. Investing in cobalt stocks is worth considering for investors wanting to bet on increased use of battery technology and renewable energy. 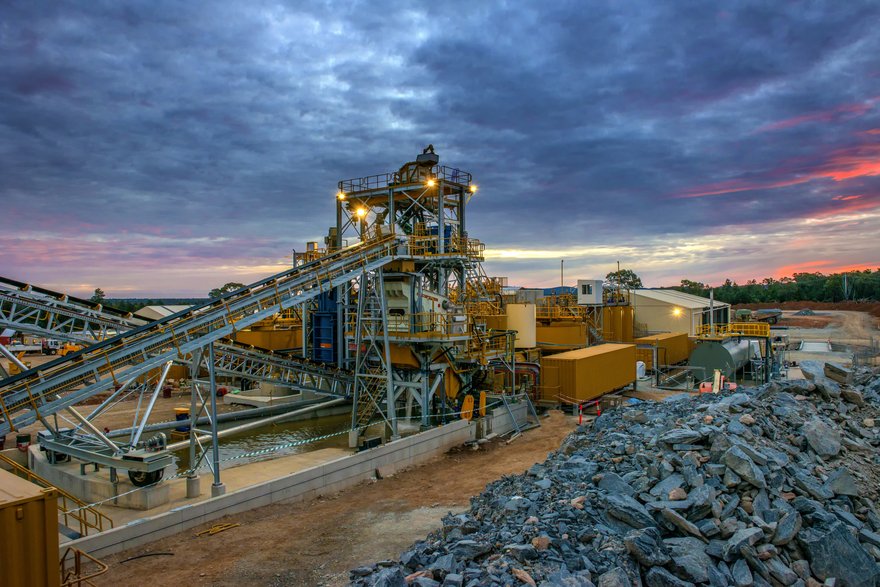 Cobalt production has been a promising investment in recent years. However, like any other commodity, cobalt prices can be highly volatile. Additionally, since cobalt is a byproduct, there aren’t really any pure-play cobalt stocks within the metal mining industry. Many cobalt stocks aren’t listed on a U.S. exchange.

Here are seven stocks to watch in 2022 that are involved in the production of cobalt:

One of the world’s largest mining companies, BHP Group is an Australian-based company with operations all over the globe. The company mines metals, base materials, and energy. Copper and nickel are among its top products, so cobalt (one of the byproducts of refining these two metals) is naturally mined by BHP.

In 2021, BHP signed a partnership agreement with AI computing start-up KoBold Metals, which uses algorithms to make decisions on land purchasing and exploration. The agreement is designed to help BHP obtain metals such as cobalt and nickel used in the manufacture of electric vehicle batteries and other renewable energy projects.

Although mining is a cyclical industry, BHP Group is consistently profitable and tends to generate operating profit margins well into the double-digit percentages.

Vale is another top producer of metals and base materials. Based in Brazil, it is one of Latin America’s largest companies. It is the world’s top producer of iron and nickel, as well as a top producer of other metals used in battery manufacturing such as manganese and copper.

As a miner of nickel and copper, Vale is also an ancillary supplier of cobalt. It isn’t a significant revenue generator for Vale, but the company is nonetheless worth mentioning, given its status as a top miner of basic metals used in all sorts of industries.

Like BHP Group, Vale also benefits from its massive scale. It consistently generates some of the best operating profit margins in the mining industry.

Switzerland-based Glencore is another global mining operation. Among its energy, recycling, and mining assets are the production of base metals such as copper, nickel, and, of course, cobalt. In fact, Glencore boasts being one of the world’s top producers of cobalt, primarily as a byproduct from its copper mines in the Democratic Republic of Congo.

For investors in the U.S., note that Glencore is not listed on a U.S. stock exchange. Shares can be purchased over the counter as an ADR (which represent the stock of a foreign company). There are certain risks involved in owning shares of an ADR. Additionally, Glencore has not generated the same lofty profit margins as peers such as BHP and Vale over the past decade.

Freeport-McMoRan is another global mining and energy company and is based in Arizona. Freeport-McMoRan is one of the largest producers of copper, used throughout the global economy. As a copper miner, cobalt is part of the company’s portfolio of assets.

In 2019, Freeport-McMoRan reached an agreement to sell part of its cobalt venture for $200 million. The company retains partial ownership of the cobalt refining business. Like some other global mining companies, Freeport-McMoRan has historically generated very high operating profits from its mining assets.

As its name suggests, Wheaton Precious Metals is an investment in elements like gold and silver. However, it is not a mining company. Instead, Wheaton is a commodity “streaming” company -- meaning it enters into an agreement with a mining company to pre-purchase all or a portion of the miner’s production at a predetermined discounted price. Besides precious metals, Wheaton also acquires significant amounts of cobalt.

Although not directly involved in the production of base materials like cobalt, Wheaton harbors a valuable niche of the global mining space. It’s also very profitable and pays a dividend for investors looking for some investment income.

The metals industry is rapidly changing in the current economic climate. Check out the latest articles in the feed below.

Like some other global mining companies, China Molybdenum is not listed on a U.S. stock exchange. Tread lightly before deciding to purchase via the OTC market. As an alternative to buying the stock, funds such as the Amplify Lithium & Battery Technology ETF have China Molybdenum as a holding in their portfolio.

This last company is a penny stock, a common type of listing in the mining industry. Currently, Cobalt Blue Holdings does not generate any significant revenue. This is an exploration and project development company whose primary concern at the moment is the Broken Hill Cobalt

Project in New South Wales, Australia. If development of the project is successful, the company hopes commercialization of the cobalt produced at the site can help it become a top producer of raw material for the battery industry.

This stock is not mentioned as a recommendation -- on the contrary. As a development company and a penny stock, Cobalt Blue is a very risky investment with success contingent on the company getting its mining operations online. Use extra caution with companies like this. Nevertheless, if its mine does begin operations, Cobalt Blue is worth keeping an eye on as a potential leader in cobalt production.

Mining companies find and extract materials and minerals. Can you dig it for your portfolio?

This precious metal is widely used in industrial applications.

This safe-haven metal can be a precious investment.

These companies make the building blocks of everything we use and consume.

How to choose the right cobalt stock

Investing in commodity production like cobalt can be challenging. Prices can fluctuate wildly; supply and demand changes from month to month and year to year. Stocks of companies that produce such commodities can also fluctuate wildly in price. Focus on investing in established businesses with a track record of generating healthy profit margins, especially if you are an investor seeking more stable returns or investment income.

Cobalt is a promising raw material, though. If battery technology continues to advance and demand for electric cars and renewable energy projects increases, producers of the element could have a lot to gain in the decade ahead.

Surprise! This Mining ETF Might Be a Compelling Addition to Your Tech Stock Portfolio