Infrastructure real estate investment trusts (REITs) own and manage infrastructure-related real estate. These property types are essential to the economy because they help support the movement and storage of data and energy.

Here's a closer look at infrastructure REITs, their advantages and risks, and some companies that investors should consider. 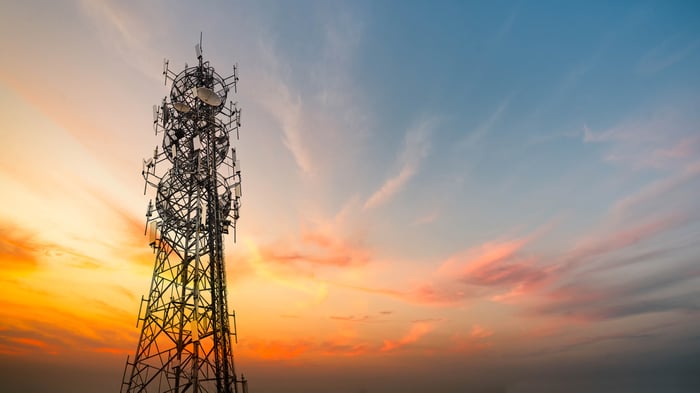 Infrastructure is one of the unique real estate investments. It typically doesn't include traditional commercial real estate such as buildings or land. However, it's still physical property leased to tenants. The most common infrastructure owned by REITs includes telecommunications assets such as cell towers, fiber optic cable, and small cell nodes. REITs can also own various types of midstream energy assets, including oil and gas pipelines and processing facilities.

Advantages of investing in infrastructure REITs

Risks of investing in infrastructure REITs

While infrastructure REITs typically benefit from stable and growing demand, they're not without risk.

Interest rate risk also is an issue common to the REIT sector. Rising interest rates have two notable effects on REITs. First, rising rates can increase interest expenses if a REIT has a lot of floating-rate debt or significant near-term debt maturities.

4 infrastructure REITs to consider in 2022

According to the National Association of Real Estate Investment Trusts (NAREIT), there were six publicly traded infrastructure REITs as of early 2022. Here's a closer look at the four largest ones, which all focus on communications and data infrastructure:

American Tower has grown out of its name over the years. The leading REIT entered 2022 with roughly 220,000 communications sites spread across more than two dozen countries. In addition, it owns a growing portfolio of data centers. In late 2021, it purchased DataSite, which owns two multi-tenant data centers in the U.S. American Tower also closed its acquisition of data center REIT CoreSite Realty (NYSE:COR) in a $10.1 billion deal, adding another 25 data centers to its portfolio. The company's international expansion and move into data centers have diversified its portfolio and transformed it into a global leader in data infrastructure.

American Tower has become one of the largest global REITs. It has steadily acquired tower portfolios from telecom companies, built new towers, and added tenants to its sites. This three-pronged growth strategy has enabled the company to increase its revenue and adjusted funds from operations (AFFO) at a mid-teens compound annual rate over the past decade. Meanwhile, the REIT has increased its dividend at more than 20% annually since 2012. With its recent move into data centers and a strong balance sheet, American Tower should be able to continue growing at a double-digit annual rate for the next several years.

Crown Castle sold its international assets in 2015 to focus on the U.S. market. It entered 2022 with more than 40,000 communications towers in the U.S. In addition, the company also had 115,000 small cell nodes on-air or in development and 80,000 route miles of fiber -- assets that are crucial to supporting 5G networks.

Crown Castle has spent $20 billion on tower and fiber acquisitions over the past decade. In addition, it has invested $11 billion to build out additional tower and fiber assets. The company sees another decade-long investment cycle ahead as its customers develop next-generation wireless networks such as 5G. Because of this, Crown Castle predicts it can increase its dividend at a 7% to 8% annual rate over the long term.

SBA Communications owns a global portfolio of wireless communications infrastructure, including towers, buildings, rooftops, distributed antenna systems, and small cell nodes. As of early 2022, its portfolio consisted of more than 35,000 communications sites across 16 markets in North and South America, Africa, and the Philippines.

SBA Communications generates revenue from site leasing and site development. The company leases space on its towers and other structures to wireless service providers under long-term contracts to house their communications equipment. In addition, the REIT assists wireless service providers in developing their networks through site acquisition, construction, and equipment installation. These two businesses have enabled the company to steadily increase its revenue, earnings, and dividend over the years.

Uniti Group focuses on acquiring and constructing mission-critical communications infrastructure. As of early 2022, it owned 128,000 route miles of fiber, 7.6 million strand miles of fiber, and other communications real estate such as small cells in the U.S. It's one of the 10 largest fiber providers in the country.

Uniti Group has two main growth drivers. First, wireless carriers need more fiber and small cell nodes to support the faster speeds of 5G networks. In addition, the company should benefit from growing investment in broadband infrastructure (fiber to the home) spurred by passage of infrastructure legislation in the U.S. These two catalysts should enable Uniti Group to continue expanding its fiber network.

Large infrastructure REITs see a lot of growth ahead

Infrastructure is crucial to the global economy. That's providing REITs with steady demand for their existing infrastructure and ample opportunities to expand. With infrastructure spending expected to increase in the coming years, these infrastructure REITs should be able to continue growing at above-average rates.