Most dividend payments are taxable. However, the tax rate varies significantly depending on the type of dividend (qualified vs. nonqualified) and an investor's tax bracket. The highest rates come from nonqualified dividends paid to investors in higher tax brackets. Because of that, investors need to know what types of income stocks they own so that they're aware of the tax consequences. 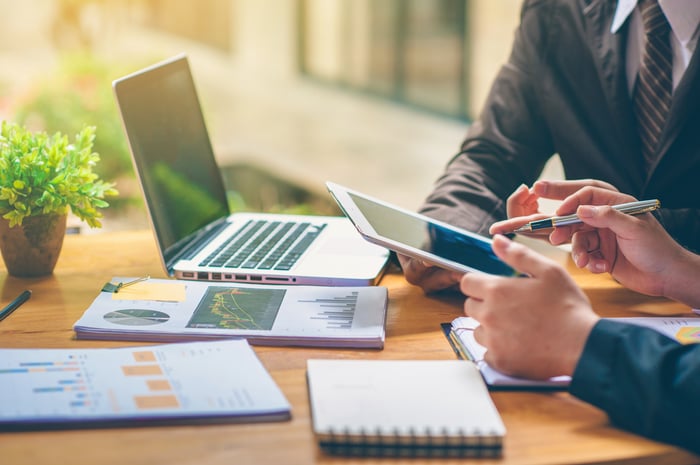 What are nonqualified dividends?

What are the tax rates on nonqualified dividends?

For comparison's sake, the tax rate on qualified dividends is either 0%, 15%, or 20% depending on an investor's tax bracket. Because of this difference, investors pay substantially more in taxes on nonqualified dividends.

However, dividend tax rates matter only for stocks held directly or in a regular brokerage account. Dividends paid on stocks owned in a traditional IRA aren't taxed when paid or reinvested, though an investor does pay taxes at their current income tax rate when they withdraw funds during retirement. Meanwhile, dividend payments on stocks held in Roth IRAs are completely tax-exempt, meaning all current and future dividend payments (qualified or nonqualified) aren't taxable. Because of this distinction, it often makes sense to hold nonqualified dividend payers like REITs in an IRA.

Another factor that can disqualify a dividend from a lower tax rate are those paid on employee stock options. That's because stock options are typically a form of compensation. Thus, the IRS sees the dividend paid by that option as income, which it then taxes according to the recipient's tax bracket.

An important qualifier for a lower tax rate is the type of company paying a dividend. For example, REITs, certain foreign companies, and MLPs don't qualify for lower tax rates. Because of that, investors should consider holding a REIT or the foreign stock in a tax-advantaged account like an IRA.

Unfortunately, that's not an option for an MLP, since most brokers won't allow investors to hold them in an IRA because they're already tax-advantaged. However, investors can consider alternatives if they want to avoid paying a higher tax rate on these entities. For example, while many energy midstream companies are MLPs and pay nonqualified dividends, others have chosen to be taxed as regular corporations. Thus, an investor can choose to invest in one of those comparable corporations instead of an MLP if taxes are a major consideration.

Finally, investors in higher tax brackets should be aware of companies that routinely pay special dividends, since those are usually nonqualified payments. Because of that, high-wage earners might want to consider holding companies known for special dividends in an IRA instead of their regular brokerage account.

Know the dividend type before making an investment

The tax rate on a nonqualified dividend can be as high as 37%, which is well above the 20% cap on qualified payments. Because of that, investors in higher tax brackets should make sure a stock's dividend will qualify for the lower tax rate before making that investment, since it could save them money come tax time. You need to pay attention to your holding period and whether the company qualifies, which can dictate whether to hold off on making the purchase or buying shares in a tax-advantaged account.