A look at some of the companies leading the fight against climate change.

Climate change has the potential to have a devastating impact on the economy and stock market. The rise in temperatures from global warming is linked to more natural disasters, coastal flooding, and a range of other issues. 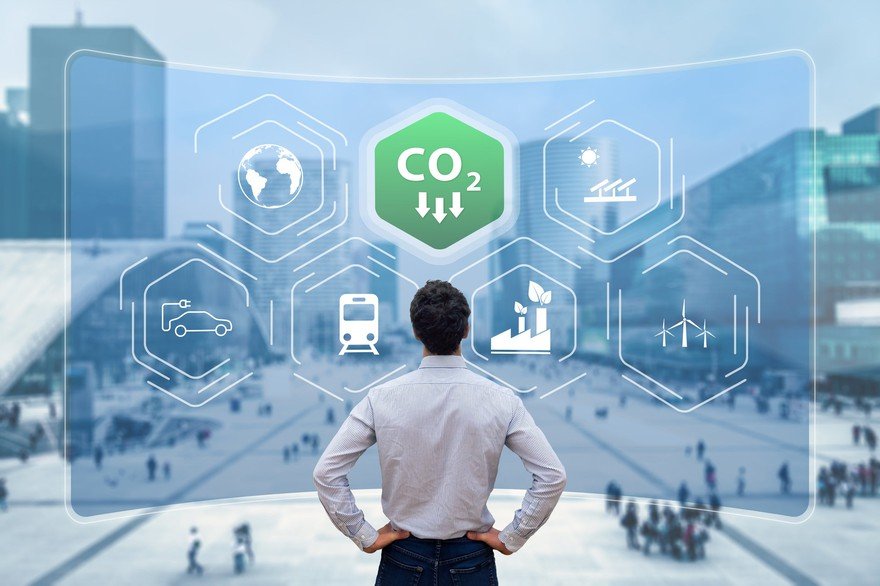 According to a report by Swiss Re, a leading global insurance provider, the effects of climate change could slash global economic output by 11% to 14% by 2050. That could wipe away as much as $23 trillion of global gross domestic product. Such a decline in global economic output would have a significant effect on the stock market.

Dire warnings like that are driving governments and companies to get serious about reducing carbon emissions to lessen the impact of climate change. They're pouring trillions of dollars into renewable energy and electric vehicles (EVs) to reduce fossil fuel use. They're also investing in emerging climate tech to further the fight against climate change.

It will take a global effort to reduce carbon emissions to push back against the effects of climate change. However, clear leaders are emerging in this battle by helping to accelerate the shift toward a cleaner future.

Here's a closer look at a few companies helping to lead the charge against global warming. They stand out as some of the best climate change stocks to consider buying.

Many companies are taking their social responsibility seriously by working to offset their carbon emissions to reduce the long-term impacts of climate change. Several are emerging as ESG investing leaders by spearheading efforts to increase renewable energy production and reduce fossil fuel use. Meanwhile, others are investing in emerging climate tech, which could help to reduce the impact of global warming.

Among the top climate change stocks to consider are:

Here's a closer look at these leading climate change stocks.

Tesla is on a mission to accelerate the global transition to sustainable energy. It has almost single-handedly driven the adoption of electric vehicles. The company is a leader in the sector, producing both luxury vehicles and more affordable cars. It's also developing zero-emission semis, mid-sized SUVs, and trucks.

EVs are only part of Tesla's sustainable energy ecosystem. The company also manufactures an array of solar energy and storage products to increase renewable energy usage. It aims to make climate tech products more accessible and affordable to more people, helping to accelerate the adoption of clean transportation and energy production. One way it has done that is to bring EV battery production in-house to reduce costs.

Tesla delivered nearly 1 million EVs in 2021, up almost 90% from the previous year. The company is quickly scaling its production, adding new manufacturing capacity in Texas and Germany to complement its factories in California and China. It has a bold goal of producing 20 million EVs annually within the next decade as it helps to drive the acceleration to more sustainable transportation.

NextEra Energy is a global leader in producing energy from the wind and sun. It's also a world leader in battery storage. The electric utility is among the biggest in the U.S. and has a large-scale competitive energy business that operates clean energy generating assets, natural gas pipelines, and electricity transmission lines.

The company's focus on renewable energy has paid big dividends over the years. NextEra has increased its earnings per share at a 9% compound annual rate over the past decade, which is three times faster than its rivals. That's helped power above-average dividend growth and market-beating total returns.

NextEra Energy has a vast pipeline of renewable energy and battery storage development opportunities underway as it continues to lead in decarbonizing the power grid. It's also investing in emerging climate tech such as green hydrogen, which uses renewable energy to electrolyze water and produce emissions-free hydrogen. The fuel has a range of potential uses in the energy, industrial, and transportation sectors and could help further reduce emissions.

Brookfield Renewable operates one of the world's largest renewable energy platforms. It owns hydroelectric, wind, solar, and energy storage facilities in North and South America, Europe, and Asia. It primarily sells the power it produces under long-term contracts to users such as electric utilities and large corporate power buyers.

The company is also a leading developer of renewable energy assets. It entered 2022 with 36 gigawatts (GW) of renewable energy development projects, enough to power 7 million homes for one year. That's a significant pipeline for a company that also entered the year with a 21-GW operating portfolio. Those operating assets currently offset greenhouse gas emissions equivalent to removing 6 million gas-powered vehicles from the road.

Brookfield's global scale has made it a partner of choice for companies and governments seeking to achieve their carbon reduction goals. That's helping power above-average earnings growth.

ChargePoint Holdings operates the largest EV charging network in the world. Its network includes 163,000 places to charge across North America and Europe. It has a 70% share of the fast-charging market, seven times more than its closest competitor.

ChargePoint sells EV charging hardware to businesses that own the charging sites or stations. It also sells the software to operate this hardware under a software-as-a-service (SaaS) model. It packages this with a services program that includes a comprehensive parts and labor warranty, so its business model generates recurring revenue long after ChargePoint installs the hardware.

While it's already an EV charging leader, ChargePoint sees lots of growth ahead. EV sales are on pace to rise to 9.9% of the vehicles sold in the U.S. and Europe by 2025 and to 29.2% by 2030 (up from 2.6% in 2019). That should drive significant investment to continue building out charging infrastructure for all the new EVs. With this cumulative investment expected to top $60 billion by 2030 and $192 billion by 2040, ChargePoint has plenty of growth still ahead.

There's an enormous opportunity ahead for battery storage, which is essential for renewable energy applications since the sun doesn't always shine and the wind doesn't always blow. Forecasters estimate battery storage capacity will increase 35 times by 2030 as renewable energy development accelerates. Longer term, there's a $1.2 trillion revenue opportunity for integrated storage over the next 30 years.

Stem is an early leader in helping companies to deploy smarter battery storage systems. It doesn't make batteries. Instead, it sources them from manufacturers to build an integrated hardware and software solution for customers that combines Athena with third-party batteries. The model generates revenue at deployment and recurring revenue from the software component for a decade or more. Stem has a large and growing pipeline of integrated battery storage installation opportunities that should support high-powered growth for years to come.

Dire warnings about the catastrophic impact of climate change are worrisome. However, they've spurred governments and other institutions to get more serious about taking steps to blunt its effects by reducing carbon emissions as quickly as possible.

Several companies have stepped up to lead the charge to a more sustainable world. These climate change stocks should benefit from continued investment in the sector. That should help make the world a better place over the long term while creating value for shareholders in the process.

What is ESG Investing & What Are ESG Stocks?

Learn more about this niche area of ESG investing.

Socially conscious investors will want to build this kind of investment strategy.

Clean energy is the future, and these companies are leading the way.

3 Explosive Growth Stocks to Buy In 2023 and Beyond