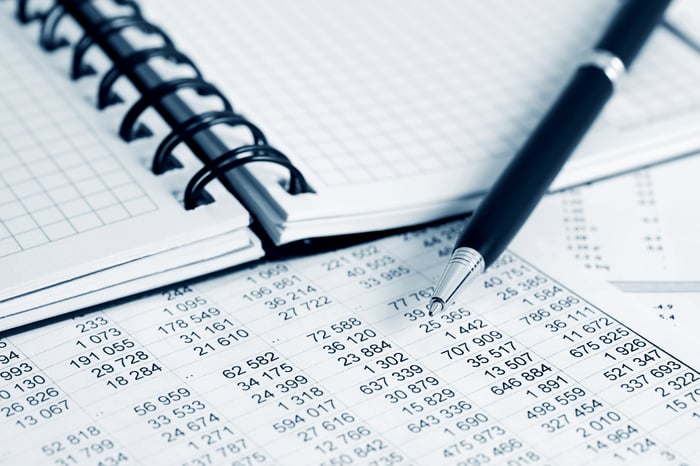 A company's margins are a measurement of how effectively the company turns its revenue into profit. Gross margin reflects how much of its sales a company hangs on to after paying the up-front costs of producing the goods or services it sells. It's calculated by dividing gross profit divided by total revenue and expressed as a percentage. The less a company spends toward its cost of goods sold, the smaller the difference between gross profit and total revenue, and the greater the gross margin.

The math behind calculating gross margin is easy, but understanding the concepts that produce those numbers takes a bit more work. In particular, the cost of goods sold can be a tricky term to understand.

Essentially, cost of goods sold includes only those expenses that relate directly to production. For goods, spending on the raw materials that are necessary to make the final product is included in the figure. Labor costs for work that is directly related to the production process also find their way into the overall cost of goods sold.

Many other expenses aren't included in cost of goods sold and enter the efficiency equation at a later stage. For instance, marketing and advertising expenses are instrumental in getting customers to buy products, but they aren't considered direct production costs. Such costs typically show up as operating expenses that leave gross profit unchanged but reduce operating profit.

The value of gross margin

The higher the gross margin, the more efficient a company is at producing goods and services. However, there are limitations to how much you can use gross margin for comparison purposes. Within a given company, seeing how gross margin changes over time can provide useful insight into internal improvements in productivity. Between companies in a given industry, comparing gross margin can give hints as to whether one production method leads to superior results over another.

Across different sectors, however, gross margins typically reflect the inherent differences in production processes, rather than any company-specific deficiency. For example, the aircraft production industry has consistently had low gross margins, with percentages in the teens throughout the past decade. The expensive materials and skilled labor required to build airplanes are to blame for the low gross margin figures. By contrast, companies in the pharmaceutical and biotech arenas that already have established products tend to have high gross margins, because research and development costs are treated as operating expenses, while the costs of direct production are extremely low once a treatment has gained approval.

In general, high gross margins indicate a strong company. This metric is just one piece of the puzzle when you're evaluating a company, but gross margin's focus on how efficiently a company produces goods and services is essential to understanding its overall financial health.