Real estate investment trusts (REITs) are usually a go-to source for investors seeking income, since these entities must distribute 90% of their taxable income to remain in compliance with IRS regulations. While this year has been more challenging for the sector, especially REITs focused on certain property types, there are still lots of great income options.

National Retail Properties has been an elite income stock over the years. The retail REIT is one of only three REITs that has increased its dividend for more than three decades.

Despite that long history of dividend growth, investors have soured on its stock this year, sending it down more than 28% due to the outsized impact the pandemic has had on retailers' ability to pay their rent. That pushed National Retail Properties' dividend yield up to 5.4%.

While the REIT hasn't been immune to the crisis, its rental collection rate has held up better than other retail REITs, due to its focus on freestanding properties secured by triple net leases with primarily creditworthy retailers. Because of that, it collected 90% of the rent it billed during the third quarter, which improved to 94% in October.

That enabled the REIT to generate $0.62 per share of AFFO, which more than covered its $0.52 per share dividend. Meanwhile, it should receive two-thirds of the rent it deferred by year end, which will bolster its fourth-quarter cash flow. On top of that, it has a healthy balance sheet, including nearly $300 million of cash and $900 million of available credit, giving it lots of financial flexibility to acquire properties so it can continue growing its dividend.

SL Green has also treated income investors well over the years, as it has increased its dividend for nine consecutive years. However, the Manhattan-focused office REIT has been under a lot of pressure this year due to concerns more companies will make telecommuting a permanent option, reducing their office space needs. As a result, its shares are down nearly 34% this year, pushing its yield up to 5.9%.

The pandemic has had some impact on SL Green's rental collection rate, which averaged 91.8% in the second quarter and 92.6% in the third. However, it still generated more than enough cash to cover its dividend, as it earned $1.75 per share of FFO during the period while only paying out $0.885 per share in dividends.

Further supporting the payout is the company's optimism about the future of office space and its strong balance sheet. Both got a big boost as the company recently announced the sale of 410 Tenth Avenue for $952.5 million, the largest commercial property sale since the onset of the pandemic in March and a substantial profit for the company on this development project. That sale will not only shore up the REIT's balance sheet but highlights the fact private investors still highly value high-quality, trophy assets in gateway markets.

Shares of UDR are down about 15% this year, which has put its yield at 3.66%. One of the factors weighing on the apartment-focused residential REIT is the impact the pandemic is having on its operations in high-cost coastal markets in the Northeast and West, as tenants who can work remotely are fleeing pricey urban cores for lower-cost areas. That weighed on occupancy, which, when combined with higher costs, caused its NOI to decline in the third quarter.

However, the REIT still generated $0.45 per share of AFFO, more than enough to cover its $0.36 per share dividend. Meanwhile, it expects its AFFO to level off during the fourth quarter. Add that to its investment-grade balance sheet, which it has strengthened in recent months by raising cash through new debt and asset sales, and the dividend -- which it has paid for 192 consecutive quarters -- looks solid.

Durability during the storm

While 2020 has been a challenging year for landlords in the retail, office, and multifamily sectors, National Retail Properties, SL Green Realty, and UDR are all holding up reasonably well. Because of that, they now offer higher-yielding dividends due to the selloff in their stock prices. That makes them enticing buys right now, as they should provide investors with attractive income and upside as market conditions continue to improve. 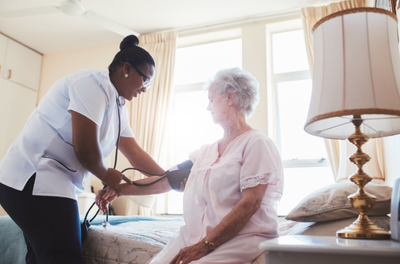 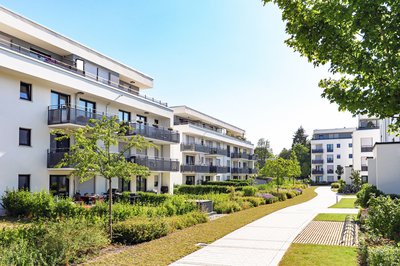