Washington Real Estate Investment Trust (NYSE: WRE), or WashREIT, is a fairly unique real estate investment trust (REIT). Instead of focusing on one property type like most other REITs, WashREIT concentrates on owning a diversified portfolio of properties in one area: the Washington, D.C., region. Half of its net operating income (NOI) currently comes from multifamily properties, 44% from office, and 6% from retail.

This strategy has enabled the REIT to generate relatively steady returns, since the nation's capital is less susceptible to market downturns than other regions because the federal government is a major employer. Unfortunately, WashREIT has exchanged some upside for that stability, leading it to underperform the market over the past couple of decades.

However, that past performance is no guarantee of future returns. With that in mind, here's a look at the millionaire-making potential of this Washington-focused REIT.

When most investors dream of a millionaire-maker stock, they think about a company that can turn a small sum into a massive fortune in a short amount of time. While some stocks have done that, many more have minted millionaires at a slower pace. For example, $1,000 invested into a stock that returns 16.6% per year -- well above the S&P 500's roughly 10% annual average -- would grow into $1 million in 45 years. Investors can quicken that pace by increasing their investment or finding a stock with even better long-term return potential.

Unfortunately, WashREIT hasn't come close to those returns in recent years. It has only managed to produce a 5.3% annualized total return over the last two decades, underperforming the S&P 500. So it would take a long time for it to turn a modest sum into a small fortune.

One reason the stock has underperformed is that it has been going through a transitional period. While the REIT still focuses on the Washington, D.C., metro area, it's been mixing up its portfolio by concentrating on growing its multifamily platform. In early 2013, the REIT got 49% of its NOI from office properties, 21% from the retail sector, 16% from multifamily, and 14% from medical office buildings. However, the company has since sold its medical office portfolio and a significant portion of its shopping centers. The company used those funds to expand its multifamily portfolio to more than 7,000 apartments, which it believes has more upside potential.

Driving that belief is the company's focus on acquiring Class B multifamily properties in suburban and urban locations it can add value to through renovations and developments. The company's renovation projects have already generated mid-teens returns. Meanwhile, its first development project is turning excess parking into a cash-flowing, 401-unit apartment building.

WashREIT has lots of embedded growth opportunities in its current multifamily portfolio. It estimates its recent value-add acquisitions have increased its renovation pipeline to about 3,000 units. On top of that, the company has another 767-unit development project in the pipeline that sets it up for continued growth, given its proximity to Amazon's (NASDAQ: AMZN) HQ2 and other major employers in the region. As the company completes these projects, they'll drive continued expansion in its multifamily NOI.

While the REIT has lots of embedded growth within its multifamily portfolio, there are some question marks with its office and retail portfolios. Retail is facing significant headwinds from e-commerce -- exactly why the company has been reducing its exposure to the sector in recent years.

Meanwhile, the COVID-19 outbreak forced many companies to pivot to remote work. Most eventually expect a full return to the office once the pandemic is in the rearview mirror. However, some are offering their employees the option to work from home permanently. That could negatively impact demand for office space as well as rental rates. However, with Amazon and other tech companies growing their presence in the capital region, this trend likely won't have quite as much an impact on WashREIT as peers who own properties in places like San Francisco, where that's more prevalent.

WashREIT has been pivoting its portfolio toward multifamily because it believes those investments will create more value for investors in the coming years than its previous portfolio mix. While that suggests the company might generate higher total returns than in the past, it still faces some headwinds in its office and retail segments that could hold it back. Because of that, it's not likely going to produce the outsized total returns needed to transform a modest initial investment into a million-dollar payday faster than what an investor could likely do in an S&P 500 index fund. 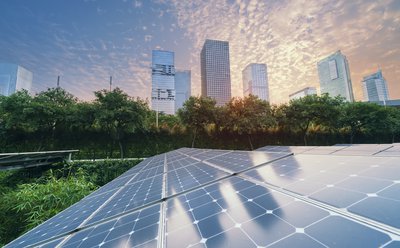 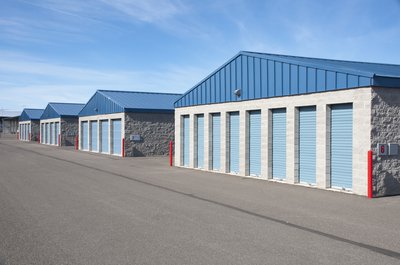