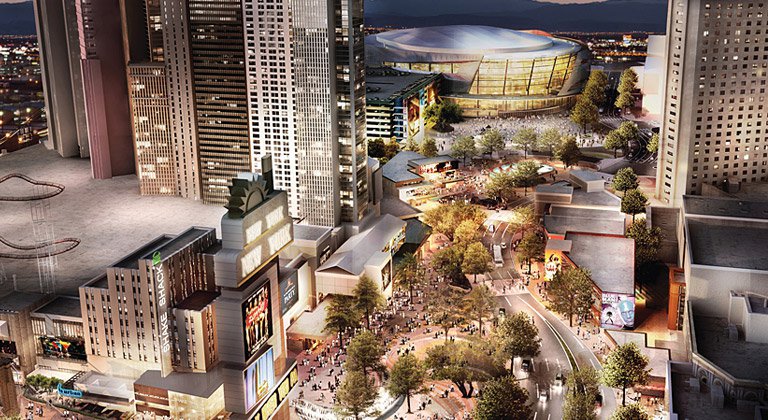 It's no secret that the hospitality industry has been battered by the coronavirus pandemic. Not only are people traveling less by choice but those who wish to travel are grappling with restrictions related to quarantine mandates and capacity issues. And let's not forget that as our current recession looms, companies may be seeking to cut costs, and an easy way to do so is to limit business travel and avoid booking conference spaces.

All told, now's a pretty scary time to invest in hotels -- and clearly, it's also a bad time to work for them. In fact, MGM Resorts International (NYSE: MGM) just announced that it will be permanently laying off 18,000 previously furloughed employees. Given that a number of MGM Resort properties are closed due to the pandemic, that news is hardly shocking.

MGM's Empire City in New York remains shuttered, and the same holds true for its Park MGM property in Las Vegas. And while MGM has a notable presence on the Las Vegas Strip, casino traffic has slowed tremendously in recent months as travel and capacity restrictions rear their ugly head.

Though casino operators were able to open back up in early June, MGM says its been struggling to fill rooms at its Nevada casinos despite the numerous amenities its properties have to offer. In fact, Las Vegas tourism plunged 61% in July, the first month it became possible to open a casino in Nevada.

Mass layoffs like the one MGM Resorts International just implemented could drive the U.S. jobless rate upward. Right now it's at 10.2%, which is an improvement since April, when it peaked at 14.7%, but a far cry from February, when it sat at a more comfortable 3.5%. Of course, it's easy to have sympathy for furloughed employees who are now permanently out of a job. But the issue extends beyond the jobless rate. If more hotel operators follow suit and implement layoffs, it could crush real estate investors in a very big way.

Are hotels on a downward spiral?

Though hotels have taken a major hit in the course of the coronavirus pandemic, occupancy rates in the U.S. have been climbing slowly but surely. Still, hot spots like New York, Los Angeles, Chicago, and Miami are seeing occupancy rates that are over 40% below last year's totals. All told, it could take years for hotels to spring back to life and start hitting pre-pandemic occupancy levels, and the fact that MGM Resorts International went and laid off a large number of workers is a sign that it doesn't expect the situation to improve anytime soon.

Of course, that's not what investors want to hear, and those who invest in physical hotels or hotel REITs may need to brace for a continuous hit to their income until travel becomes easier and safer again. Of course, if there's one sector within the hotel industry that has a chance of recovering sooner, it's casinos. Given the popularity of gaming and the inherent profits casinos tend to take in, these resorts, which offer a unique form of entertainment, may bounce back sooner than the average hotel. But still, investors -- even those with money in casinos -- should gear up for a rocky couple of years.

Bed Bath & Beyond to Close Stores As the Retail Apocalypse Threatens