The coronavirus pandemic has changed the way people live -- and do their jobs. Whereas remote work used to be something more commonly associated with freelancers, nowadays, a lot of people are doing it due to coronavirus concerns. That's good news from a flexibility standpoint, but it's bad news for office buildings and the people who invest in them.

Demand for office space has waned substantially in the course of the pandemic. Not only are employers making plans to downsize, but they're also hitting pause on new leases until they can get a better handle on their post-pandemic needs.

Of course, the one thing that might drive a solid office-building recovery is the fact that many employees aren't happy working from home. For some, it's a matter of not having enough space. For others, it's missing the social aspect of the office. And for many, it's the idea of not leaving the house day in, day out.

But a new offering from Airstream, which is owned by Thor Industries (NYSE: THO), could be a boon to remote workers who are sick and tired of being cooped up at home. The company, which is known for its high-end camper trailers, has introduced a new model that features a potentially desirable amenity: office space.

Working on the go

The new Airstream Flying Cloud 30FB comes with its very own corner office, and while it's not the roomiest workspace per se, it gets the job done. The office features a desk and chair as well as hook-ups for internet connectivity. There's also a mounting station for a computer monitor.

Now most workers can't afford to go out and splurge on an Airstream -- the new model comes with a $107,500 price tag. But for those who can afford one, the new Airstream is a great solution to the restlessness that comes with working from home on a long-term basis. Remote workers can simply load up a trailer, hit the road, and do their jobs from a variety of backdrops and destinations.

A blow to office buildings?

Will Airstream's new model be a barrier to office buildings' recovery? Probably not.

First of all, the typical worker can't afford an Airstream. Secondly, some employers are likely to call workers back to the office once it's safe to do so, and from there, many won't get a say as to where they do their jobs. Finally, life on the road can get tiring after a while. And even if some workers are given the choice to work remotely (or in this case, from the road) on a long-term basis, many might still prefer to head back to an office and collaborate with colleagues once more.

Therefore, while Airstream's latest model may be innovative (and, let's face it, pretty cool), it ultimately shouldn't impact office-building demand in a meaningful way. What it may do, however, is inspire more workers to hit the road this year and take in new sights and experiences from the comfort of their very own camper. In fact, the new Airstream could actually end up hurting hotels more so than office buildings -- but even that hit shouldn't be significant given Airstream's highly unattainable price point. 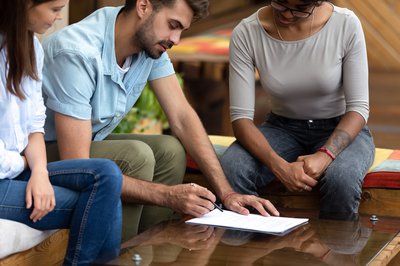 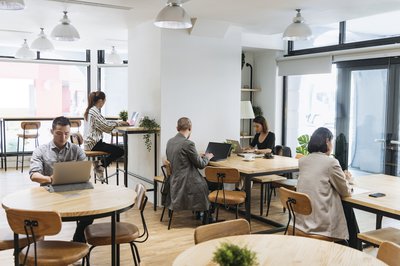 Co-Working in Suburbia: An Investor's Guide 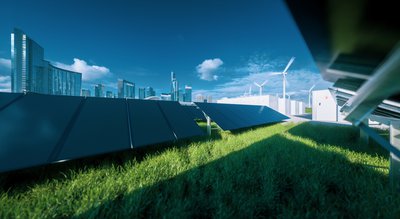