A SPAC is basically a "blank-check" company designed to identify and acquire a private company to take public. In this regard, a SPAC investor is investing in the management team's ability to find a suitable candidate to take public in the near future.

What does Tishman Speyer have planned?

Based in New York, Tishman has acquired, developed, and operated over 400 projects across the United States, Europe, Latin America, and Asia. These projects are spread across more than 167 million square feet.

While this is already Tishman’s second SPAC, the real estate industry has been pretty active with SPACs in its own right.

Opendoor, an iBuying leader, completed its SPAC in 2020. An iBuyer is a company that is able to buy a home outright for cash quickly with the intention of flipping it at a profit.

Matterport announced earlier this month that it would be going public in the coming months through a SPAC. The firm is a leader in digitizing the built world and has seen tremendous growth through the pandemic.

What is Tishman’s target?

Tishman says, "The new SPAC intends to focus on combining with a transformative, technology-driven business, which is tailored to the real estate sector and can benefit from Tishman Speyer’s leading brand, operational expertise, and its global network of properties, relationships, vendors, and customers. It will primarily target later-stage businesses in the proptech sector."

That’s pretty ambiguous. But with a hot SPAC market, Tishman certainly doesn’t want to pigeonhole itself. While we don’t know what proptech vertical Tishman is targeting specifically, if Latch is any indication it will be something in the property management realm.

Tishman Speyer is doubling down with a second SPAC. Expect another proptech company to hit the public markets soon. Private companies have been flying off the shelves through SPACs. Will Tishman be able to find a solid company or will it be forced to "reach" for a company that might not be ready?

Another Proptech-Focused SPAC Is Getting Set to Launch 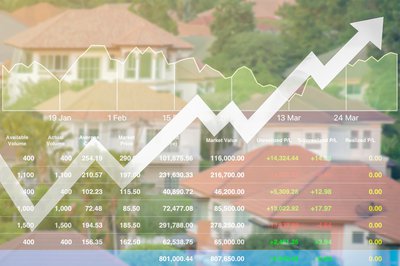