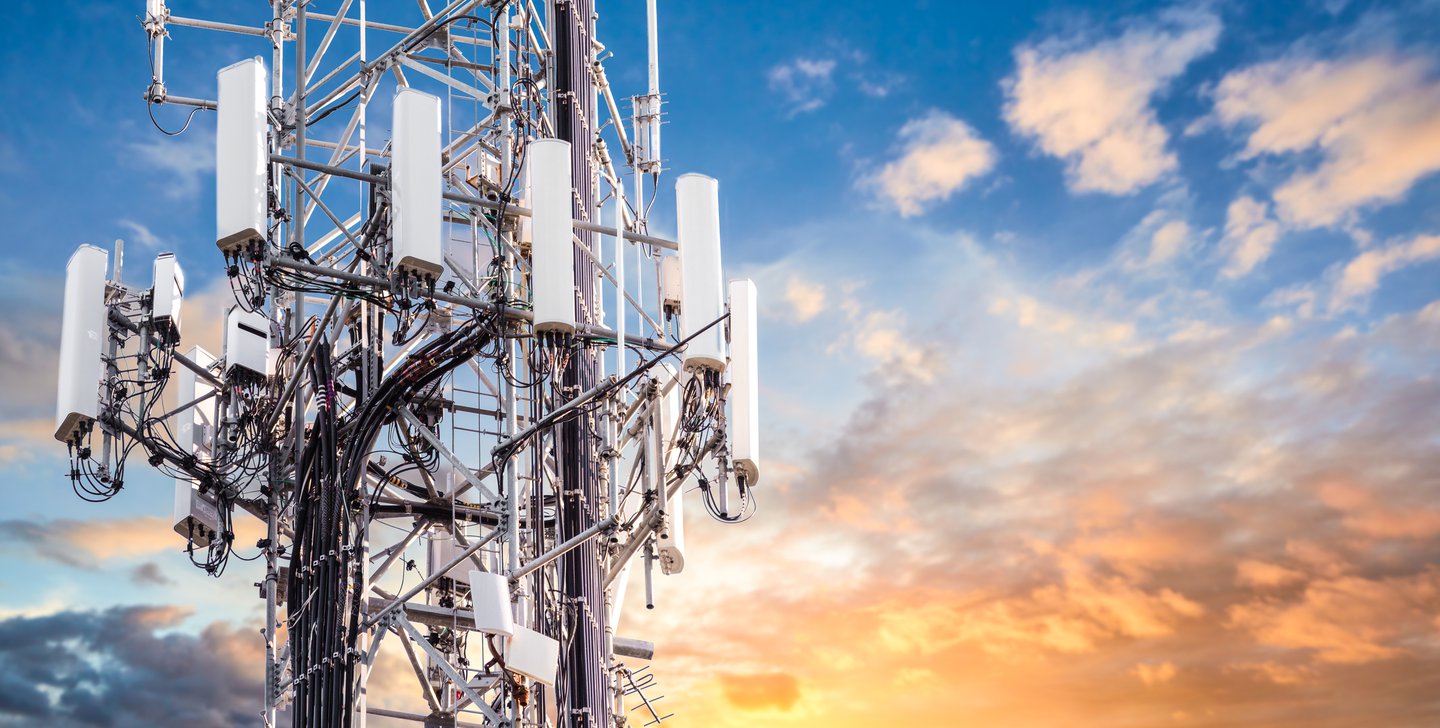 Where Will American Tower be in 5 Years?

The cell tower REIT has some growth levers to pull, but that won't happen overnight.

American Tower (NYSE: AMT) has slowly and quietly become the largest publicly traded real estate investment trust (REIT). With a market capitalization of $118 billion, it's a massive business with global reach. When a business like real estate gets that large, though, you might wonder how much more can it grow over the next several years. After all, as a REIT that specializes in cell towers, it needs a lot of new assets to move the needle.

With that in mind, let's take a look at how the company operates, what growth opportunities are out there, and if there's anything standing in its way over the next half-decade to see if an investment today is still worth it.

One of the appeals of American Tower, and cell tower REITs in general, is that it's one of the lower-risk real estate investments available. Its clients tend to be large telecommunications companies looking to deploy infrastructure for cellular and data communications. What's more, the need to deploy infrastructure to support the use of smartphones and other connected devices grows by the day. This provides cell towers with a reliable tenant that tends to sign on to multiyear contracts, and turnover tends to be rather low. This makes for a predictable stream of cash flow that allows management to pay a steady dividend to its investors.

Don't get me wrong; rents that keep pace with inflation are a powerful thing and help to maintain the profitability of the business, but it's a slow-growth business.

The opportunity and obstacles of international growth

American Tower has made up for slow rent hikes by increasing its footprint. A core aspect of American Tower's growth has been making international acquisitions to expand its footprint, specifically in emerging markets. Its most recent acquisition was for 5,700 cell sites in Ghana, Uganda, Kenya, Burkina Faso, and Niger. Africa, Latin America, and India have been major areas of growth for the past several years for a few reasons:

In fact, the ability for telecoms to monetize towers has significantly accelerated the deployment of network infrastructure in emerging markets. By freeing up the capital needed to own, develop, and operate cell towers to be used for equipment, 3G and 4G penetration has been moving fast in these regions.

Faster deployment means more equipment per tower, and having an independent tower owner means multiple telecom tenants can rent space on the same tower. As mentioned above, multiple tenants per tower is what makes cell towers such a high-return business. While this is the case across its entire tower portfolio, much of its emerging market portfolio is still in the early stages of getting multiple tenants onto single towers. So there is an immense opportunity to increase its rents per tower owned.

Despite the potential these emerging markets present to American Tower, it isn't without challenges. The Indian market, for example, has been consolidating over the past few years, and the bankruptcy of an American Tower tenant in 2018 more than offset gains from higher tenant billings and organic growth. While long-term emerging markets are still growing fast overall, there will likely be events like this in several markets that will result in some poor quarterly performances here and there.

Those plans have yet to become a concrete competitor in this industry, though, and it's hard to say if it will be the case five years from now. Elon Musk has said that Starlink, the internet service from SpaceX, will start rolling out in testing form this year; it's the furthest along compared to the others mentioned here.

From an investor's perspective, it's best to at least keep tabs on these efforts to see what kind of progress is being made and if it's gaining any traction by signing up customers. It probably isn't a thesis-destroying development right now, but that far into the future it might be.

Over the next half-decade or so, there probably aren't going to be a whole lot of changes to American Tower's core business. It will continue to lock in customers with long-term contracts that keep pace with inflation and generate high returns.

It will also look to grow its footprint, mostly through acquisitions. Growth via acquisitions tends to be irregular, though. Much will depend on American Tower's ability to find assets at attractive valuations. It could make a big acquisition next week -- or a few years from now. So don't think that a year or so without making an acquisition is a bad thing for the business.

Overall, though, investors can reasonably expect American Tower to continue growing its dividend at a decent rate with a business that's not likely to experience too many significant disruptions. So far, that formula has translated into quite the wealth-building stock and has a good chance of continuing over the next five years.

These 3 REITs Were Built To Survive a Recession