American Homes 4 Rent (NYSE: AHM) owns single-family homes, a relatively new niche in the real estate investment trust (REIT) sector. But there's already a notable change taking shape in the way this landlord operates. If owning single-family rentals sounds good to you, take a moment to consider the history of American Homes 4 Rent and how its investment approach is changing.

Born from the bust

The 2007 to 2009 recession was led by the housing bust. Although a massive simplification, people were buying homes they couldn't afford and those homes eventually wound up for sale when mortgages didn't get paid. There were so many homes, helped along by banks with loose lending standards, that the housing market was swamped with supply. Home prices fell, often sharply.

The single-family rental market had historically been the purview of small investors because it was both a local business and one in which scale was hard to achieve. However, after the housing bust, large investors saw a unique opportunity to get the scale needed to make the investment math work. American Homes 4 Rent was one of the first big REITs to be created with a single-family rental focus.

At the end of the second quarter, the REIT owned nearly 50,000 homes. That scale is important because it allows costs to be spread over a large number of properties. In fact, Front Yard Residential (NYSE: RESI) just agreed to be bought out after activist shareholders prodded the relatively small single-family home owner to liquidate and return cash to shareholders. That REIT only owned around 14,500 homes, and the stock had been badly lagging peers like American Homes 4 Rent.

With property markets largely recovered from the financial crisis, however, buying houses one at a time isn't as easy or as lucrative as it once was. Achieving scale is equally, if not more, problematic. Which is why American Homes 4 Rent has shifted gears.

American Homes 4 Rent has not given up on buying one-off properties, which it calls sharpshooting, but it has shifted its focus to building entire housing projects from the ground up. This year alone it has opened 11 such communities. There's a couple of key takeaways here.

First, a small REIT wouldn't be able to take on this large a construction push. So American Homes 4 Rent's size is an important foundation for this growth effort. Second, by creating clusters of homes in a single community, the REIT is instantly building scale because it can spread operating costs across all of the homes. To put a number on this, a recent community built in Florida has 31 homes and augments the more than 2,300 homes the company has in the Jacksonville market. That's a win/win for American Homes 4 Rent.

In addition to building its own home communities from the ground up, American Homes 4 Rent is also partnering with national builders. This allows it to buy new houses and provides a funding source for the builders who benefit from quick turnaround times on home sales. Buying one-off properties is still in the mix, but it is no longer the main avenue of growth.

The interesting thing here is that American Homes 4 Rent's focus on scale and building from the ground up (it has built over 50 such developments since it started down this path), has the REIT looking more and more like an apartment REIT. A housing community is, in many ways, very similar. However, with each unit having its own structure that needs maintaining, costs will always be a notable headwind. Which is why cost containment and creating operational efficiencies is one of the REIT's biggest areas of focus -- and likely always will be. A quick comparison will help show how big an issue this is.

American Homes 4 Rent isn't the same company it was when it first came public following the housing crash. Its current direction is clearly to build scale and efficiency, with the construction of entire housing projects a vital component of the process. Investors appear to like what's going on, with the stock up 35% over the past three years and now more than fully recovered from the early 2020 bear market.

This is clearly a growth-oriented REIT, noting that the dividend has been stuck at $0.05 per share per quarter since it was initiated and the dividend yield is now below 1%. All in, income investors probably won't find American Homes 4 Rent attractive, and with such a modest yield, it probably isn't a good alternative to owning your own rental property.

That said, it is benefiting from the current zeitgeist around work from home and people moving away from big cities, which helps explain the impressive price recovery from the COVID-19 led market declines in early 2020. But, using second-quarter adjusted funds from operations (FFO) as a run rate, the REIT's price to AFFO ratio is over 30 times. That number prices in a lot of good news, suggesting that even growth investors might want to tread with caution here. And that remains true even if you like the shift in focus toward building what amounts to entire towns.

What Can Investors Learn From Healthcare REIT Earnings? 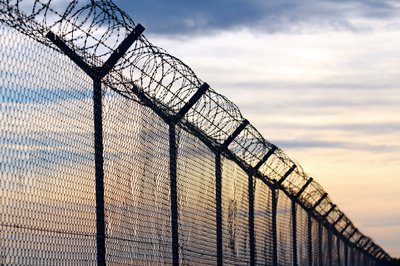