In years past, when developers wanted to build a new structure, they would simply buy a plot of land, knock down any existing structures, and build new construction in its place. However, as concerns about sustainability grow, adaptive reuse is becoming more common. Below is a guide to adaptive reuse, including what it is, it's benefits and challenges, and how buildings are chosen for this unique construction method.

What is adaptive reuse?

In commercial real estate, adaptive reuse is the practice of taking an existing building and repurposing it for a new use. In practice, this is done by choosing to renovate the existing structure for a new purpose rather than opting for demolition and redevelopment. While adaptive reuse happens in many different contexts, it is most commonly seen in urban areas where space is scarce and buildings are more likely to have unique architectural detailing that ought to be preserved.

As a form of conservation, many urban planners look toward adaptive reuse as a way of promoting sustainability while reducing urban sprawl. However, not every older building is a candidate for this form of renovation. Developers and investors need to be certain that they will be able to develop the space in a way that feels modern and is inherently usable.

How is adaptive reuse different from historic preservation?

While historic preservation and adaptive reuse may sound similar, it's important to understand that they serve inherently different purposes. While they both can involve the restoration of a historic building, their end goals are effectively opposite to each other.

On the one hand, historic preservation aims to restore the old building to its original state. On the other, an adaptive reuse program is about maintaining the architecture of the historic property while updating the interior to suit new needs.

Typically, you'll also see these two construction methods used in different contexts as well. Historic preservation projects are most commonly put into place when a particular site or landmark has some historical significance. Meanwhile, you're much more likely to see adaptive reuse projects in busy downtown areas that may not have any particular historical significance, but the space is currently essential to daily life.

What are the benefits of undertaking an adaptive reuse project?

From a developer's perspective, there are many benefits to choosing building reuse over a new build. We've laid out the top benefits below for your consideration. Be sure to take these factors into account before undertaking your next project.

The first -- and often most important -- benefit of choosing to renovate an old structure over opting for new construction is that it can have a positive impact on your bottom line. A 2017 article for Trade and Industry Development argues that choosing adaptive reuse reduces construction costs by 16%. The article also argues that it reduces overall construction time by 18%, too, which can further reduce labor costs.

However, in addition to those savings during the construction phase, those who choose to undertake an adaptive reuse project may be eligible for additional tax benefits. In particular, the Federal Historic Tax Credit (HTC) offers up to a 20% tax credit for the certified rehabilitation of historic structures.

That said, it's important to note that, following the changes to the tax code in 2017, the credit must be claimed at a rate of 4% per year over a five-year period. Before these changes, it was possible to claim the 20% credit in its entirety once the project was finished.

The last major benefit of adaptive reuse is that it's far more sustainable than tearing down a historic structure and redeveloping the lot. In general, adaptive reuse uses far less building materials than a new construction project. Aside from saving on the environmental impact of producing the materials, there's less of a carbon footprint associated with transporting those materials. Additionally, since there will be no demolition involved, less heavy machinery is needed and less energy is used overall.

What are the challenges that come with an adaptive reuse project?

Benefits aside, there are also going to be some unique challenges associated with undertaking an adaptive reuse project. You'll also have to take them into consideration as you go through your decision-making process in order to figure out which method of development will work best.

Ultimately, if you end up repurposing an existing structure rather than building a new one, odds are that you may face some physical restrictions in terms of what you're able to do with the space. While in some cases these physical restrictions may just result in a more creative office space layout than you might see in another building, in other cases, you might not be able to effectively design the space in the way that you had originally intended.

In older structures, especially vacant buildings, it's not uncommon for there to be contamination due to hazardous materials or signs of physical deterioration. When this happens, remediation and refurbishment often become added costs to consider, not to mention that these fixes will also slow down the construction timeline.

Those who choose to undertake an adaptive reuse project will have to work closely with their local governments to navigate the updated building codes and zoning requirements that are associated with breathing new life into an older building. Unfortunately, sometimes retrofitting updates can be more time consuming and costly than if you had just started from scratch.

How are buildings chosen for adaptive reuse?

While there is no one tried-and-true method for determining whether a particular building is a good candidate for adaptive reuse, developers generally go through a similar set of steps when they are about to undertake one of these projects. They are as follows:

If those three factors can be signed off on, there's a good possibility that the building is a good candidate for adaptive reuse.

Adaptive reuse is currently common in the urban core of most major cities. However, as cultural awareness of sustainability and environmental impact continues to grow, odds are good that it will only begin to become more prevalent. To that end, the text above should serve as a primer for aspiring developers on the basics of adaptive reuse. Armed with this knowledge, you should feel prepared to consider reuse for your next construction project.

Tara Mastroeni is a real estate and personal finance writer. Her work has been published on sites like Forbes, Business … Learn More 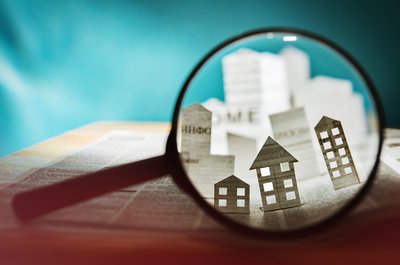 Should You Enter a Bidding War to Buy an Income Property Today?

3 Ways the Pandemic Changed Retail for the Better