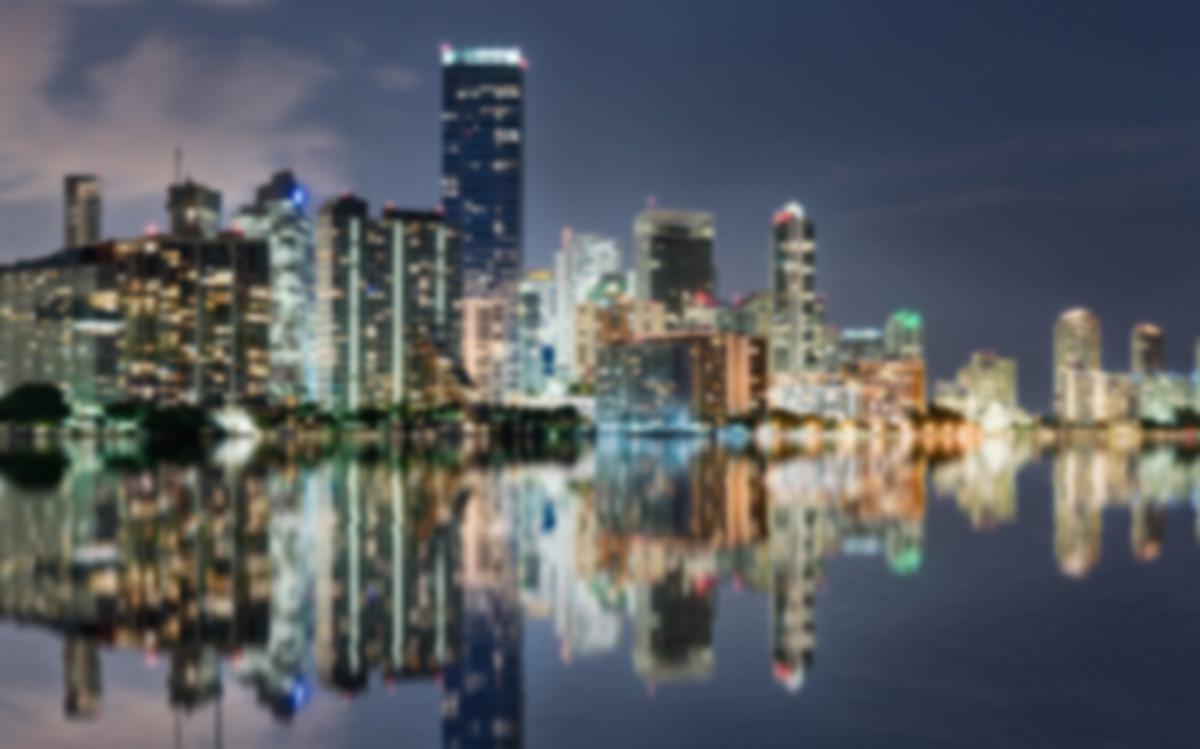 ArborCrowd Review 2020: Is This Platform Right for You?

Before you invest with this crowdfunding platform, here are the benefits and risks you should know.

Only recently opened doors to crowdfunding investors (2016), but not new to commercial real estate, ArborCrowd is an offshoot of an already successful real estate company with a focus on selecting and acquiring one Multifamily deal at a time, rather than going after high de…

ArborCrowd's niche in the real estate crowdfunding marketplace is offering equity investments in multifamily commercial real estate projects, which is generally defined as residential real estate with four or more single-family units, such as apartment buildings.

Requiring millions of dollars per project, these commercial deals were previously only available to institutional investors and family offices. Through crowdfunding, ArborCrowd provides accredited investors access to institutional-quality commercial real estate opportunities with a typical minimum investment of $25,000.

Unlike many other commercial real estate crowdfunding platforms, ArborCrowd's approach to investment selection is very methodical, often offering just one opportunity at a time on its platform. This one-deal focus ensures deep due diligence and deal transparency.

Summary: Is ArborCrowd a good investment?

ArborCrowd is a newcomer to the real estate crowdfunding party, opening its doors for business in 2016. Since inception, the company has offered and fully funded a total of nine deals in a variety of vibrant metropolitan areas across the U.S.

Two of their multifamily projects have completed the full investment cycle with better-than-projected investor returns. At the helm of ArborCrowd are seasoned real estate professionals with deep experience in commercial projects, and the affiliated Arbor family of companies has a strong track record of success spanning decades.

What are ArborCrowd's pros and cons?

Is ArborCrowd legit? How strong is it?

To date, ArborCrowd has raised approximately $30 million of equity for assets with a total capitalization of more than $370 million. They screen 500+ deals a year and have, as of this writing, only offered nine deals on their site.

Two deals have been fully realized. The first is a three-property, 607-unit multifamily portfolio in Alabama and Mississippi. It was funded in February 2017 with a two-to-three-year projected term and expected internal rate of return (IRRs) of 17% to 20%. It actually sold in 15 months, delivering 29% IRR to investors.

ArborCrowd's second fully-realized deal was another multifamily in San Antonio that was projected to deliver 16% to 19% IRR in two to four years. It closed in 22 months, delivering over a 20% IRR to investors.

There are seven other fully-funded deals on ArborCrowd's platform with varying projected timelines and IRRs that look promising.

Unlike the technology entrepreneur founders of many crowdfunding companies, co-founder and CEO Ivan Kaufman has four decades of experience operating several real estate finance companies -- a great asset to have at the helm. He's the founder of Arbor Realty Trust, a leading REIT that became publicly traded in 2004. He's successfully navigated companies through several real estate cycles, and he provides insight and final signoff on every single deal that makes it onto ArborCrowd's platform.

He co-founded the company with his son, Adam Kaufman, who serves as ArborCrowd's COO and oversees the company's day-to-day operations and corporate growth.

How ArborCrowd works: How are investments sourced?

Only deals from sponsors that have a proven track record of success, often with ArborCrowd's family of companies, are offered to investors on the site. All deals on ArborCrowd's platform are extensively vetted by CEO Ivan Kaufman and pre-funded by ArborCrowd.

Additionally, all sponsors are required to invest in their deals alongside ArborCrowd and investors. That is serious skin in the game and demonstrates a lot of deep due diligence of both the deals and the sponsors on ArborCrowd -- and gives us peace of mind that the deals are worth investigating further.

The transparency and deal documentation on ArborCrowd is stellar. Offering overview documents provide a depth of information about the project, projections backed by market research, rent and sales comparables, pro forma financials, and the business plan for the project. You'll know the project's sources of debt and how it'll be used, the timeline details, the nature and plan for all improvements and renovations which will be done to improve the ARV -- everything you need to understand the value of the acquisition, the scope of the project, and the viability of the projected IRR.

Who can invest with ArborCrowd?

To invest, you must qualify (and be verified) as an accredited investor, meaning you meet at least one of the two following requirements:

ArborCrowd is not a registered broker-dealer or investment advisor. Their role is curating and selecting investments using their 30-year-plus real estate experience and then acting as an asset manager on behalf of their investors once the deal closes.

What is the minimum ArborCrowd investment?

ArborCrowd generally charges an asset management fee of .25% to .5%, an acquisition fee of 1% to 1.25%, and a disposition or refinance fee of 1%, and these fees are charged only on ArborCrowd's pro rata share of ownership in the transaction. While this may seem high when comparing fees between platforms, the total of all fees together ends up being equivalent to other real estate crowdfunding sites when you add up what's paid to sponsors.

Investors pay investment fees directly to ArborCrowd, and there are no sponsor fees, calls for additional funds to complete a project, or surprise expenses.

ArborCrowd returns: What should you expect?

ArborCrowd's deals so far have included multifamily, mixed-use buildings, and apartment complexes. Typical deal-projected Internal Rate of Return (IRR) is 14% to 20% with an equity multiple of 1.4x to 2x. The typical project term is two to five years. At tax time, you'll receive a Schedule K1 to report your share of the income received by the LLC.

When you invest through ArborCrowd, you receive a membership interest in an LLC that's created for that specific offering. The LLC holds the interest in the property. There is no explicit indication of quarterly income distributions to investors. Deal sponsors often mention distribution targets, although actual distributions are at the sole discretion of the property's LLC manager.

In lieu of or in addition to taking the direct investing route in a specific deal, you could opt for becoming a shareholder in Arbor Realty Trust, an NYSE-traded commercial mortgage REIT.

When (and how) can you sell ArborCrowd investments?

ArborCrowd offers no secondary market if you decide you want or need to sell after you've invested. Once the property goes through settlement, you're invested until the deal sells. This is truly passive investing in commercial real estate. Sponsors make all decisions including when and how much money to distribute to investors throughout the life cycle of the investment, though ArborCrowd retains approval rights over certain key issues, which it exercises on behalf of its investors. All details are disclosed upfront.

Going mobile: Is there an ArborCrowd app?

No, there's not an ArborCrowd app. However, the ArborCrowd website is optimized for mobile devices and works well across every feature, whether you're looking for a new deal to invest in, reviewing past deal offerings, or reviewing your current portfolio.

ArborCrowd has also set up all deals to be bankruptcy remote, and the mechanism to select a backup administrator is specified in advance. So if ArborCrowd were to go out of business, deals would keep moving forward.

Disenfranchised with the high cost and lack of choices offered in her 401K, Ruth moved her retirement savings to a Self-Directed IRA (SDIRA) in 2015 and purchased three rental properties that continually … 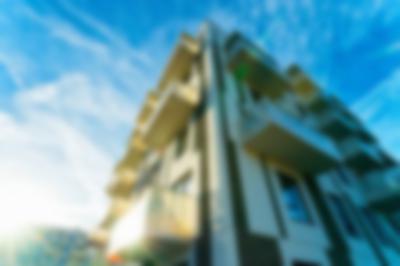 How Crowdfunding Has Changed the Game for Real Estate Investing 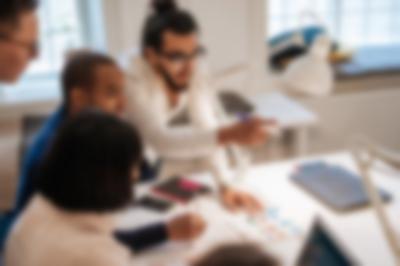 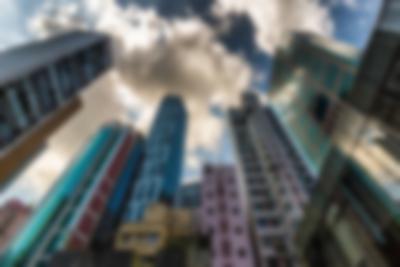