Real estate agents in the biggest of cities and small towns alike are reporting an increase in interest for home office space among their buyers, a result of the pandemic that has suddenly made telework a standard practice rather than a rare benefit.

"We're recommending that sellers stage a spare bedroom as an office," says Dava Davin, founder and principal of Portside Real Estate Group in Falmouth, Maine. "No one wants to work from a room with a bed in it, especially in our new Zoom (NASDAQ: ZM) world!"

And not necessarily from just one home office, says Davin, whose 95 agents and staff serve southern and coastal Maine.

"We're seeing increased activity from out-of-state buyers who will continue to work remotely when they move to Maine," Davin says. "A dedicated office with high-speed internet is crucial, and some even need two offices since both partners will be working from home."

With gyms only now reopening, generally with restrictions in place, exercise space at home also is a growing consideration, but Davin says that's not as big a deal in her neck of the woods.

"The home gym requests have not been as frequent," she says, "although proximity to nature trails and paths is top of mind for our buyers."

Back in the Big Apple

"When the state directed gyms to close, it may have compelled many residents to consider if they needed to have at-home equipment and what fitness at home may look like, whether that's a mirror or a Peloton," says Beauchamp, an agent with Engels & Volkers New York real estate office and co-chair of the REBNY Residential Sales Council.

A Peloton (NASDAQ: PTON) owner herself, she says she heard that come up in conversation with clients relocating from other areas and that she began to view space in that way herself. She also sees a change in the way home offices are viewed.

While such space typically happened to be the smallest bedroom in the home, or a space that did not meet the legal requirement for being called a bedroom, Beauchamp says, now she's seeing more renderings and stagings that specify such use.

"It's a far less nebulous idea since people have spent weeks, or months, working from home and perhaps schooling at home," she says. "How the home functions in that space is much more important now than when you might have used it that way for an occasional day spent at home."

It also can depend on who you ask. Manhattan agent Andrea Warshaw-Wernick of Warburg Realty says of home offices and gyms, "I believe this is going to be a new requirement if it isn't already. Home offices have always been popular, but a home gym in an apartment will soon be the new norm. In most cases, it would be the same room."

But Warburg Realty broker Suzanne Weinstein says, "I'm hearing from friends and relatives of all ages that realize they don't need gyms to stay fit."

Buying their own equipment and accessing instructions through apps or teleconferencing is enough for them, Weinstein says. "They like having enough space to work out at home, but they don't need or want to pay for dedicated gym space."

From the few to the many

Before COVID-19, according to the Pew Research Center, only 7% of civilian workers in the U.S. -- about 9.8 million out of 140 million, had jobs that offered the ability to work at home.

Now more than half of employed Americans do, according to Zillow (NASDAQ: Z) (NASDAQ: ZG) research, which found that three-fourths of that group want to keep doing so at least half the time, and about two-thirds of them say they're at least somewhat likely to consider moving if they had the flexibility to work from home.

Redfin (NASDAQ: RDFN) research has found similar leanings toward willingness to make a move for the room to have a home office, while Zillow research shows only 46% of current households have a spare bedroom that could be used that way.

There's also now speculation in the industry that for space and spacing reasons, there could be an exodus of sorts from the big cities. Check out this Millionacres article for a look at the long-term real estate investment ramifications if that becomes reality.

From the homebuilders' perspective

The most recent data the National Association of Home Builders (NAHB) has on exercise and office rooms is from a 2018 survey that found that 65% of homebuyers wanted a home office and 40% wanted a room dedicated to exercise.

"Although the lockdown orders may be eased in the near future, the fact that millions of people were compelled to spend unprecedented amounts of time inside their homes may have a longer-term effect on people's preferences for home offices, exercise rooms, and other specialty rooms," the NAHB says in a Housing Trends article it posted on May 13.

That's just not for new construction. "Due to the lockdowns and changing homeowner preferences, we expect demand for remodeling projects that enable existing homes to incorporate more space for home offices and exercise equipment," the trade group's chief economist, Robert Dietz, said in a May 15 blog post.

Flexibility for the future

Cliff Stahl, vice president of national sales training for Meritage Homes (NYSE: MTH) in Scottsdale, Arizona, adds another wrinkle: flex rooms, space that can be used for different and changing lifestyles ranging from office space to exercise room to space for aging parents or entertainment.

"Flex rooms have been a major trend in homebuilding for the last five years, as lifestylesbecome increasingly mobile and flexible. Fixed floor plans have quickly become a thing of the past, as adaptability and customization become key," Stahl says.

"We are seeing that COVID-19 has fueled a further uptick in homebuyer demand and interest for flex rooms in the last couple months, as our homes have quickly become our offices, our gyms, our schools, and more." 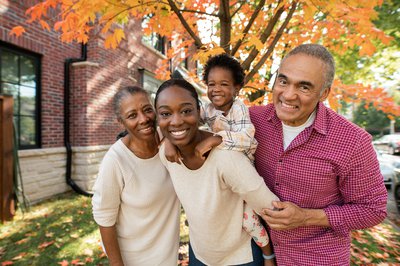 Will Your Next Home Have Room for an Aging Parent? 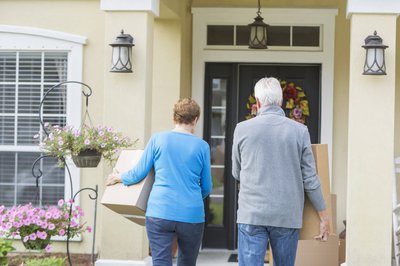