How to Save Big Money on Your Next Home Renovation Project

Homeowners in the U.S. spend an estimated $400 billion per year on renovation projects, according to the annual Remodeling Impact Report by the National Association of Realtors. My wife and I have been contributing to that statistic over the past year by renovating the house we bought last summer.

However, we haven't spent as much as some homeowners on our renovation. That's because we've learned some tricks and tips along the way that have saved us a boatload of money. Here are three strategies we used that didn't involve much sweat equity. They could help you save lots of money on your next renovation project, too.

Be the general contractor

The previous owner of our house didn't invest much money into maintaining the place or bringing it up to date. Because of that, we had a laundry list of projects. These included updating the outdated and well-worn kitchen and guest bath as well as replacing the roof, water heater, front door, and windows. The place also needed many cosmetic changes, such as replacing fixtures, repainting, and installing new carpet in all the spare bedrooms.

While we could have hired a general contractor (GC) to manage the entire renovation, we decided to do that ourselves and sub out each project separately. This decision saved us a significant amount of money because general contractors often charge 10% to 20% of the cost of the entire project, according to HomeAdvisor.

Get multiple bids, and leverage them to negotiate a lower price

While we didn't hire a GC, we hired several professionals to do some of the work on our house because it was beyond the scope of our capabilities. In each case, we got multiple bids, which saved us lots of money.

Angie's List recommends getting at least three bids for most home improvement projects, which is a good rule of thumb. I've often found that getting five is a better target, especially for larger projects. Also, I recommend getting as much detail as possible on those bids so that you can make an apples-to-apples comparison of the materials and scope of work.

In our current renovation, I've received a wide range of bids for each major project. Even relatively standard ones like replacing the roof, windows, and water heater had proposals that were thousands of dollars apart.

One trick I've learned is that it often pays to negotiate once I have all the bids. If a contractor needs work or a salesperson wants the commission, they'll often offer an even lower price to win the job. We typically shaved at least 1% off the lowest initial bid by negotiating. Because of that, an already high ROI project like replacing the roof added even more value to our home.

Shop around for supplies, and ask about upcoming sales

We did a lot of due diligence before starting any of our projects, which included pricing out not only contractors but also some materials. We spent time browsing stores as well as online to find the best price for what we needed. We also found it very beneficial to talk to sales associates at major home improvement stores like Home Depot (NYSE: HD) and Lowes (NYSE: LOW). These discussions helped us discover ways to save money on the materials we needed for some of our projects.

For example, we needed to replace our front door. We could see the light of day along the top and side, and it was tough to open. While a front door replacement is one of the higher returning home renovation projects, my wife and I enhanced our investment by shopping around and waiting for a sale. When we found out that our local home improvement store often runs sales on doors around the holidays, we waited until the next one to make our purchase, which saved us 15% on our project. Further, we also learned that instead of paying the manufacturer $300 extra for a custom paint color, we could leave it unfinished and paint it ourselves, which cost us less than $50 for materials and a few hours of our time.

When most homeowners think about saving money on home renovation projects, they often assume that means doing the work themselves. However, some of the biggest savings can come from managing the process, which you can do by cutting out the middleman and directly negotiating the hire of your subcontractors as well as purchasing materials. While this does cost time, as there's lots of legwork involved, and it will likely stretch out your renovation timeline, the money saved can be well worth it in the end. 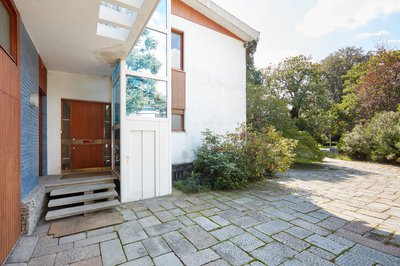 Home Elevator: Worth the Investment?

Should You Get an Oversized Soaking Tub? 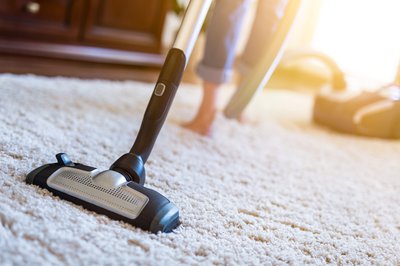 9 Ways to Improve Your House in One Weekend