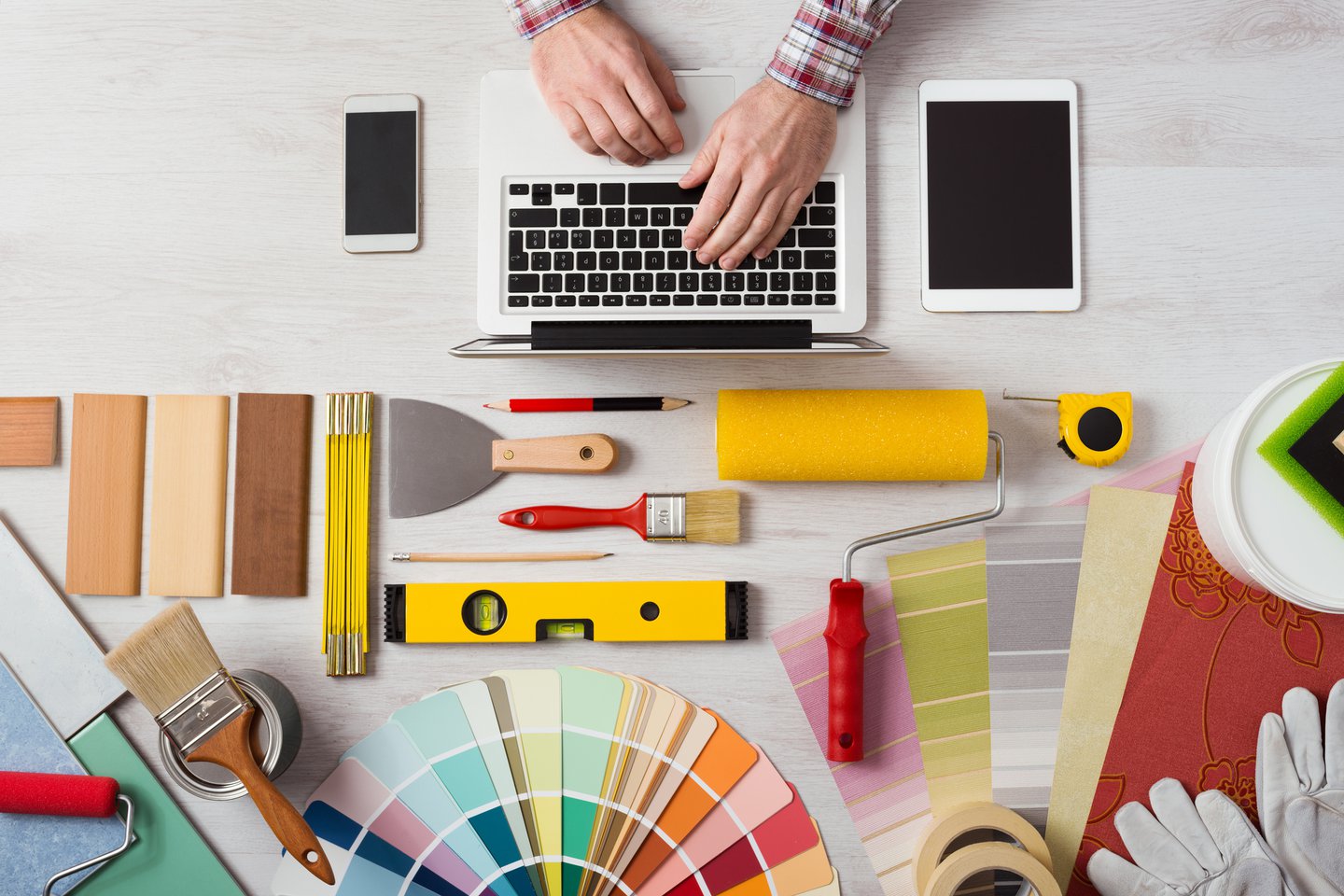 That being said, a designer is more qualified than I would need, given that my next home improvement project will be replacing the ancient, possibly possessed appliances in a beach condo.

Therein lies the rub, though: So many people think you actually do need an interior designer for any type of build or remodel project, and it's because they have no idea what a designer actually does, whom a designer works with, or how long they need to study for the qualification. We'll dive into the specifics here so that you never make that mistake again when your budget/project would probably be well handled by an interior decorator at a much more reasonable rate.

What does an interior designer typically do?

You often see an interior designer working together with an architect and/or a contractor from the beginning of a project to determine the functionality of a raw space. While the architect focuses on the exterior of a building, the designer goes through similar processes for the interior. This role considers everything from the placement of interior walls to ensuring the lighting design is up to code. The interior designer typically creates the floor plan.

What does an interior decorator typically do?

What training/education/certifications does an interior designer need?

An interior designer will almost always have a four-year degree. This is not strictly required, though -- a few stop their university education with an associate's degree and some attain their master's degree. As to the exact degree program, some may study art or design while others know their path from the point they enroll and obtain a degree in interior design or interior architecture.

In order to become an interior designer, regardless of schooling, most states will require that professionals become licensed. One common prerequisite for licensing is to sit for the National Council for Interior Design Qualification (NCIDQ) exam. Additional certification exams may be required.

What training/education/certifications does an interior decorator need?

A four-year degree is not required, although certification through a program accredited by either the Interior Design Society (IDS) or Certified Interior Decorators International (CID) is recommended.

What projects do these professionals typically work on?

Interior designers work on the largest commercial projects, from tech campuses to shopping mall redesigns to automotive plants. They also work on multifamily developments and even some larger luxury single-family homes. A very broad spectrum of projects in the real estate building world benefit from interior design service.

Interior decorators can also work on commercial projects, though again, they may not be called in until later in the process, when the raw space is already finished. Their role may be to furnish and give mood to a restaurant, retail store, or luxury home.

When do homeowners need an interior designer?

Homeowners need an interior designer for many reasons. Here are a few:

While you could conceivably hire an interior designer for a living room revamp, a vacation home rental decorating job, or to buy furniture for an office, the hourly rate or retainer is much higher than what it would be for an interior decorator, and, to put it simply, they tend to be overqualified for that kind of project.

If, however, you're renovating a triplex and plan to rent out two of the units, and there is work to be done, such as turning a half-bath into a full or putting in different staircases or moving walls, then you'll probably want to bring in an interior designer.

Interior designer or interior decorator -- how to choose?

A wise and witty friend in the building trades once said, in reference to bringing on an architect for a simple design job, "That would be like using a forklift to eat a salad."

You just don't need that much engineering. On the same note, you wouldn't hire a Michelin chef to heat up the roast chicken you got from the grocery store. All their expertise can only change the meal so much. It's a similar premise when deciding whether to hire an interior designer.

In short: If the job is choosing furniture, wall hangings, and wall art, an interior decorator should serve. If it's the actual walls themselves that need to be moved around, you'll want an interior designer.

5 Ways to Lower Your Housing Costs

The 7 Most Common Living Room Mistakes

Children's Backyard Play Area: Does It Help or Hurt My Home's Value?