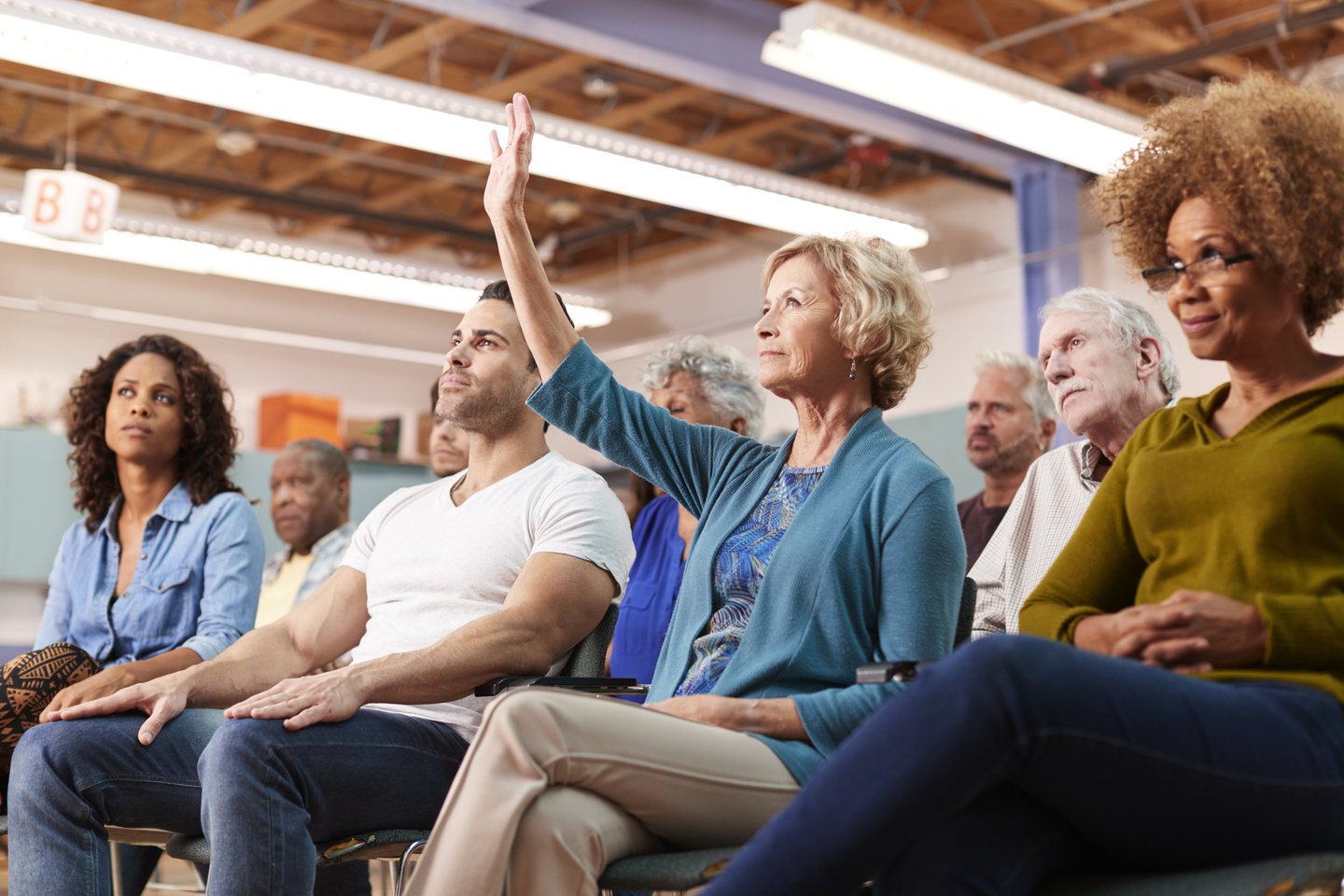 In the ongoing saga of most growing cities, there are people who try to figure out what's best for a neighborhood in terms of growth and investment, and then there are extremist groups that are either pro-development or ferociously against anything new in their neighborhood. The acronyms NIMBY and YIMBY are the real estate industry's quick way of referring to these groups. They stand for:

If you hear either acronym in conversation, it's a sign that the neighborhood or community has a very vocal citizen group involved in development/construction decisions. If there are both groups, then you can pretty much assume any attempts at development, including adaptive reuse, will be a battle.

This is the more frequently used of the two terms, and if it sounds a little disparaging, that's probably intentional. Developers and real estate agents hate NIMBYs. Locals who are against any development in their neighborhood can halt progress indefinitely, if they are dedicated and vocal enough … which NIMBYs usually are. In wealthy neighborhoods, they are oftentimes very connected to boot.

NIMBYs aren't merely concerned about their actual backyard -- it's more their entire zip code or town. And their combined power can be significant. A unified group of NIMBYs can convince city planners to not approve developer plans repeatedly, over years and rounds of revisions. They can stop eyesore buildings from being torn down if that building is from a certain era, the logic being that all buildings of the era are historic, even the unusable ones. They often intensify housing shortages in their neighborhoods because they refuse to allow zoning changes for greater density, or they band together to insist that older buildings in disrepair not be updated and retrofitted.

Ultimately, many NIMBYs have good intentions, especially those who stand up against the deep pockets and opportunistic tendencies of major developers. They are trying to preserve their neighborhood. The more community-minded ones are usually working to ensure the longtime residents -- ideally those of all income brackets -- can keep their housing. They see outside investment and interest as a threat to their way of life, which it sometimes can be.

YIMBYs are a group that sprang up from backlash against NIMBYs. YIMBYs are advocates of progress and change. They're in favor of building things, including streets, the local economy, and new buildings, as well as the highest and best use of existing space. They don't always care if some places get razed to the ground in the process or if some groups can no longer afford to live in the newly revitalized area.

They're pro-gentrification, even if gentrification might take away a neighborhood's character and charm somewhat. Or rather, they don't think it does take away the charm. They might see new multifamily buildings as solving the housing crisis with higher density housing, or they might see them as increasing property values in the neighborhood, but either way, the construction of such buildings is a good thing in their eyes.

YIMBYs very often have some sort of vested interest in the construction and revitalization of the neighborhood. They might own property or a local business. However, in some cases they joined the YIMBY side just to oppose the NIMBYs, because they would prefer a neighborhood that's modernizing, regardless of where the investment comes from.

NIMBY vs. YIMBY as seen in the wild

The battle between NIMBY and YIMBY rages in many major metropolitan areas and more suburbs and medium-size cities than you'd think. One major battle making national headlines is in Hollywood, California, where community groups are fighting against developers who were lured in by transit-oriented community (TOC) incentives, while the homelessness crisis intensifies every month.

By contrast, on the opposite coast, there's Newark, a city where responsible leadership and corporate citizenship have managed to dampen the rage and keep low-income residents housed while bringing in new, wealthier ones. In Atlanta, YIMBYs are making gains based on the strength of some very creative, socially responsible, and well-funded adaptive reuse projects. But not everyone is happy with it.

Who's right, NIMBYs or YIMBYs?

As in any fight between extremists, neither side is completely right. Both make excellent points sometimes and are too biased at others. But as in any societal issue, the loud extremists don't represent the majority. Residents and property owners in any community need to find their own position on the spectrum when it comes to issues of new construction and development and get involved in community planning discussions so their voices aren't drowned out in the noise.