Thinking of Installing an Above-Ground Pool This Summer? Read This First

I live in New Jersey, which has the second-largest number of COVID-19 cases in the nation. I also have three young children who are used to spending the summer at camp -- partly for the sake of their own entertainment, but also so I can do my job without interruption.

While summer camp has yet to be officially called off in my neck of the woods, it's unlikely that these facilities will find a way to open safely in light of the ongoing health crisis. When I came to this realization a few weeks ago, I did what a lot of fellow parents in my situation have started doing -- I rushed to order an above-ground pool. That pool, I figured, could provide some entertainment for my otherwise cooped-up kids, and it would also be a relatively low-cost investment.

Case in point: You can buy an above-ground pool for $300 to $1,500, depending on the size and quality at hand. Given that full-time camp where I live costs close to $4,000 per child, even a higher-end above-ground pool would constitute a bargain.

A good investment in theory, but perhaps not in practice

The appeal of the above-ground pool is clear. For just a few hundred dollars, you have a means of cooling off and staying busy all summer long without the steep investment that an in-ground pool entails. Heck, you could even decide to get rid of your above-ground pool after one summer.

Some above-ground pools are fairly easy to install. Others, less so. And the less you pay for your pool, the more trouble you're likely to have with it. In reading product reviews online, I came across horror stories of leaks, holes, and issues galore. One customer wrote that her $400 pool only lasted a week and a half before she had to deflate it and throw it out.

But here are some of the other things I've learned about above-ground pools that have turned me off the idea of getting one: First, an above-ground pool is almost guaranteed to ruin your grass beneath it. This may not be an issue if you're putting in an above-ground pool you expect to keep around for years. But if you're buying a cheaper version to salvage the upcoming summer alone, prepare to have to pay for some landscaping after the fact.

Furthermore, you need a really flat piece of land to make an above-ground pool work. Many people have backyards that seem flat -- until they try to install a pool and find out that the tiniest slope makes that task unbearably difficult, lending to perpetual pool leakage.

Another thing: Having a pool -- even a temporary, above-ground one -- could raise your homeowners insurance premiums. Suddenly, that low-cost solution to no camp isn't looking so inexpensive.

But this was the real kicker for me: In some areas, mine included, you need a permit to install an above-ground pool -- even a blow-up one. If you're thinking that can't be true, trust me, I was right there with you. But then I did some digging, and apparently, it's a statewide law -- in New Jersey, you can't have a pool higher than two feet tall on your property without obtaining a permit, even if that pool is one you pump up and deflate.

There are also different requirements to put in a pool -- you need to have a certain number of feet of clearance from fence lines, sheds, and other structures. As such, you may think you can go ahead and put in an above-ground pool, only to learn that you need approval from your local municipality and that your outdoor space does not, in fact, meet the requirements to have one.

As much as I would've liked to have provided a pool for my kids this summer, the reality is that I was never comfortable with the idea of having one in the first place. There's a reason homeowners insurance rates tend to spike when a pool gets thrown in the mix -- the potential for personal injury is just so much higher.

And also, as much as my kids might enjoy a pool, the reality is that since I work full time, I don't have the luxury to sit out in the yard for four hours a day supervising them while they swim.

Not that my kids would want to spend that much time in a pool anyway. We joined a local pool club in town two summers ago as a means of weekend entertainment, and we found that most days, our kids were done after one or two hours -- so if your plan to install an above-ground pool this summer isn't working out, don't stress about it. Chances are, it would've kept your kids busy for a couple of hours a day at most.

As for us, we have a new backup plan -- a sprinkler system and homemade waterslide setup. Because we have a hill on one side of our house that's prime for sledding, we figure we can run a tarp down it, put a tiny catch pool at the bottom, and voila -- instant water slide. Or, maybe we'll take advantage of the above-ground pools our friends put in if it's safe enough to do so.

Either way, not moving forward with that above-ground pool is apt to save us a world of hassle -- even if it means that our kids may be just a bit more restless when school lets out for the summer. 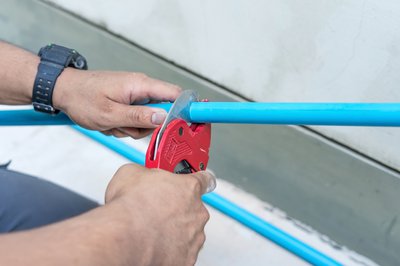 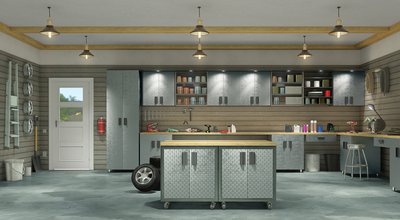 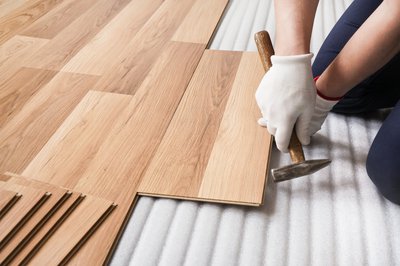