What Could Biden's Emphasis on Climate Change Mean for Real Estate Investors?

In some of his first acts as president, Joe Biden reversed two of the previous administration's decisions relating to the environment. The biggest step was rejoining the Paris climate accord, which commits countries to reduce their greenhouse gas emissions in hopes of lessening the effect of climate change. He also canceled the permit to build the controversial Keystone XL oil pipeline. These were likely just the beginning of the president's actions as he puts a greater emphasis on protecting the environment.

These actions will have a major impact on investors. While the energy industry will likely feel the greatest effect from the policy shift, many other sectors will need to adapt, including real estate. Here's a closer look at how real estate investors could be impacted.

One of the Paris climate accord's major tenets is a pledge to reduce carbon emissions. With the U.S. rejoining this pact, the country will likely enact new legislation in the coming years aimed at achieving this goal. One measure that could impact real estate investors is the implementation of new rules to increase a building's energy efficiency.

For example, new buildings could have higher standards to reduce their carbon footprints, such as using specific building materials. Likewise, renovation projects might need to focus on improving a building's energy efficiency. As such, the gold standard for LEED certification might need to become the standard for new buildings, and sustainable architecture could become a greater focus of developers.

While those increased standards will likely be a challenge for some investors due to the higher costs involved, it's an opportunity for others. Early adopters of those practices will have a competitive advantage over those that haven't put much effort into building efficiency and sustainable building practices.

New environment-focused regulations and codes could also impact commercial real estate values. For example, a highly efficient office building will likely be more attractive to prospective tenants since they'll also need to keep their carbon footprint in mind. As a result, owners of less efficient buildings will need to consider making the necessary improvements to increase their building's efficiency to retain and attract tenants. Because of that, more efficient buildings could sell for lower cap rates than buildings with a higher carbon footprint.

These REITs could shine brightly in the coming years

The increasing emphasis on the environment could create new opportunities for commercial real estate operators. One that stands out is the potential for adding solar to the rooftops of buildings, especially warehouses, self-storage facilities, and data centers. Companies that make these investments could add a potentially lucrative income stream.

Several real estate investment trusts (REITs) are already making these investments to monetize their rooftops by installing solar panels. For example, industrial REIT STAG Industrial (NYSE: STAG) recently started developing one of the country's largest rooftop community solar projects. It's part of a three-project partnership in Maryland that will produce 11.6 megawatts (MW) of electricity in the state, which is enough to power 1,500 homes. That's part of an overall portfolio of 25.5 MW of solar projects STAG's roofs host around the country.

Meanwhile, self-storage REIT Extra Space Storage (NYSE: EXR) is using solar to power an increasing number of its facilities. It has installed solar panels on about 440 of its more than 1,900 properties, including 43% of its wholly-owned properties. These panels generated 26.5 gigawatt-hours of emissions-free energy in 2019, which would have been enough to power 2,500 homes for one year. Extra Space Storage has plenty of rooftop space available to add more solar power in the future. Meanwhile, its solar expertise could give it a competitive advantage over rivals on acquisitions because it could earn higher returns by installing solar on future purchases.

Finally, data centers are also ripe for renewable energy. They consume a lot of power, and many of their technology tenants have set bold goals to reduce their carbon footprint. Because of that, leading data center REITs Equinix (NASDAQ: EQIX) and Digital Realty (NYSE: DLR) have focused on co-locating renewable energy projects at their facilities as well as buying renewable power from utilities.

Equinix ended 2019 getting 92% of its power from renewables, just shy of its 100% target. Meanwhile, Digital Realty powers 100% of its co-location business and its data center portfolio in EMEA (Europe, Middle East, and Africa) with renewable energy. In the future, these REITs will likely add a renewable energy component to any new data center project they develop to ensure they maintain a low carbon footprint.

President Biden has pledged to put the U.S. on a path to significantly reduce its carbon emissions in the coming years. While that's a massive challenge that could prove daunting to real estate investors, it's also a compelling opportunity. Real estate investors that embrace finding solutions to this problem could thrive, while those that lag could see diminishing returns. 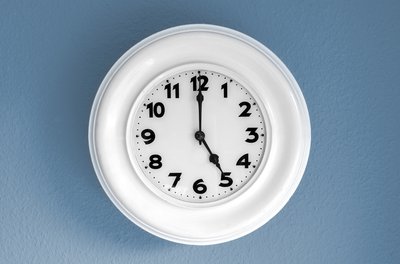