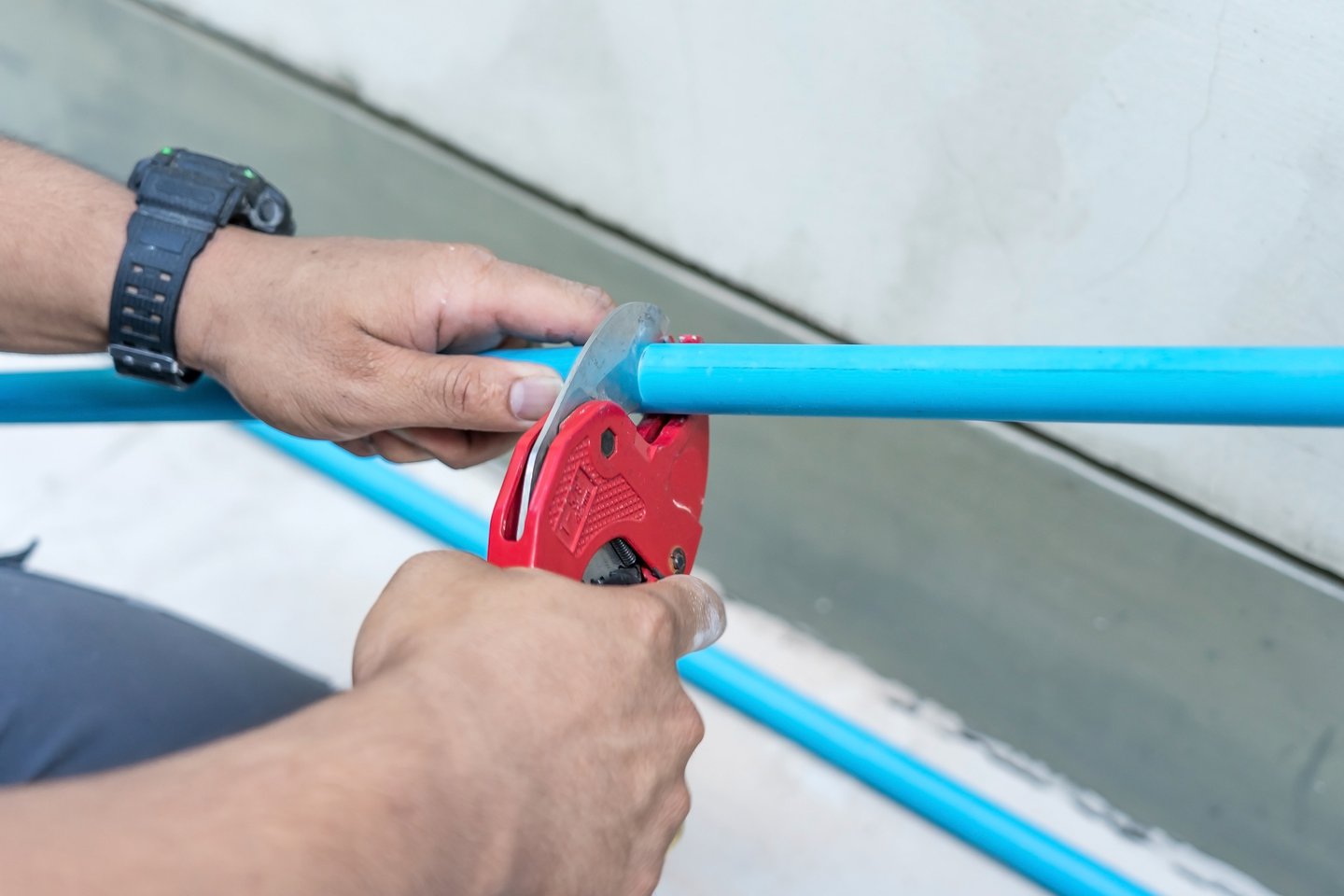 Poly b plumbing used to be a household name, but that's no longer the case. If you've heard that you have this type of plumbing and want to learn more about what that means, read on. We've laid out a guide on what pb pipe is, how to tell if you have it, and what you should do if you find this piping in your home.

What is poly b plumbing?

Polybutylene plumbing is also known as poly b plumbing, poly b pipe, or pb pipe. This plastic piping was used frequently as a water supply line in homes from the 1970s up until the mid-1990s. It was originally used as a substitute for copper piping because of its low cost, flexibility, and easy installation.

However, over time, the use of poly piping was eventually discontinued. Originally, the fault was thought to be in the brass fittings, which were used to connect one pipe to another. If the fittings were installed too tightly, they would crack and cause leaks.

Eventually, though, it was also discovered that hot water and chemicals like chlorine can also melt or corrode the piping system. To make matters worse, these pipes will look fine on the outside as they are degrading on the inside, so there was no way to tell when a leak would occur.

How to tell if you have pb pipe

If you live in a house built between 1970 and 1996, there's a chance your home might have plastic piping. Luckily, the International Association of Certified Home Inspectors (InterNACHI) has provided tips for identifying poly piping:

Notably, sometimes poly b pipe is confused with pex pipe. Pex piping is usually used with radiant heating systems and can be either white, red, or blue in color. While there are also safety concerns surrounding pex piping, its colors are noticeably brighter than those you would find on pb piping. Those tubes are also much more flexible, so much so that they are even able to coil.

What should you do about poly b plumbing?

If you discover you're living in a home with poly pipe, there are no official regulations that require you get it replaced. That said, most plumbers do recommend replacing a polybutylene piping system as soon as possible. After all, a pinhole leak can happen at any time without warning.

In addition, simply taking the risk of having a leak can have financial consequences. Homeowners who have pb piping may face higher home insurance premiums and, in some cases, may even be denied coverage. This particular plumbing system may also decrease your home's value.

To that end, your best bet is to repipe the entire system with a more solid material like copper. It's the only way to ensure that your plumbing is truly fixed and that a leak won't cause you problems in the future.

While poly b piping was originally thought to be a technological advancement in the plumbing industry, that turned out not to be the case. Unfortunately, even a pinhole leak in this type of plumbing system can spell big financial trouble for homeowners. With that in mind, if you've found pb pipe in your home, get in touch with a plumber ASAP. They can help fix the issue and put your mind at ease.

What Should You Call a Master Bedroom?

A Barbell and a Plan: Allan Weiss Sees Trouble and Opportunity in House Prices