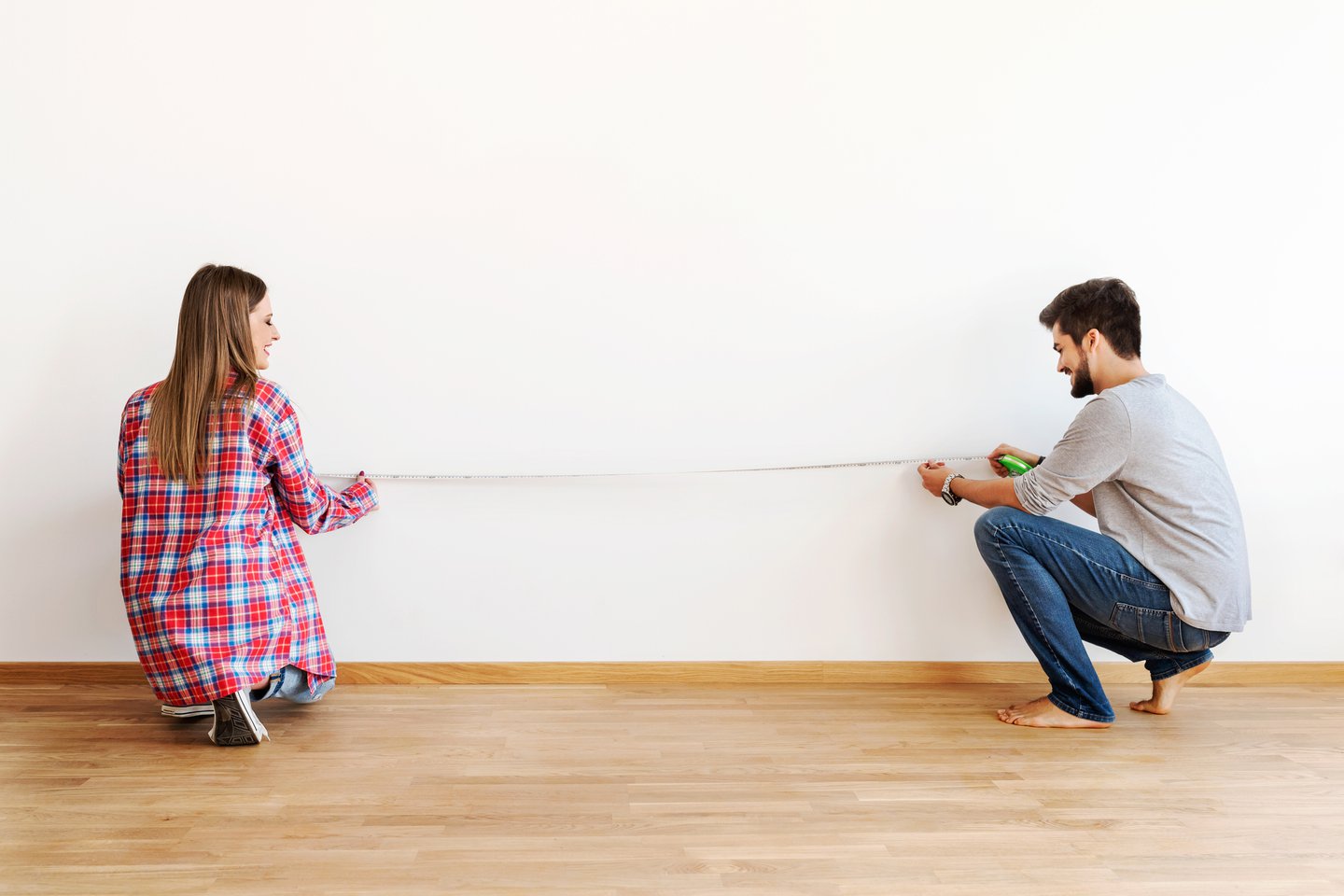 How to Measure Square Footage of a House

The simple definition of the square footage of a house is the area of the living spaces contained within its walls. However, there's a lot more to the concept of square footage. Certain parts of a house are excluded from square footage calculations, and some that you might not think of are included. And others might have some gray area in regards to whether they should be included or not.

To be clear, there's no official laws that dictate how square footage is to be measured. For example, one real estate brokerage might include unfinished basements while others won't. With that in mind, the American National Standards Institute (ANSI) issues guidelines for calculating square footage that are widely regarded as the industry standard. So let's take a look at what is and is not included under these standards.

What is included in square footage of a house?

You'll see what I mean as we go through the included items, but the general rule is that spaces that share the same heating and AC as the main home, conform to the home's overall architectural standards, and are located above ground are included in the total square footage. For this reason, the terms square footage and finished square footage are often used interchangeably.

Here's a list of the parts of your house that are generally included in the square footage calculation using ANSI standards (Note: These standards apply specifically to houses, not condominiums or apartments.)

One thing to keep in mind is that the heating and air conditioning requirements only apply in markets where they're warranted. For example, when my wife and I bought a home in South Florida, it wasn't heated, but the living spaces were still included in the square footage.

It's also worth noting that there can be significant grey area with some of these items. For example, if an enclosed patio is tied into the home's HVAC system but is clearly not built to the same standards as the other living spaces, there can be a solid argument for or against including it in the home's square footage. In situations like this, it's a good idea to defer to the opinion of a professional appraiser.

What is not included in square footage of a house?

While it's not a set-in-stone requirement, ANSI standards generally exclude any spaces that aren't climate-controlled, any spaces that don't have four walls, any unfinished spaces, and any structures that aren't physically attached to the main home. This includes, but is not necessarily limited to:

How to measure and calculate square footage of your house

Official square footage calculations are done by professionals. For example, an appraiser will likely calculate the square footage number that's recorded for your home for tax records, your local assessor's office, and other legal purposes.

As a simplified example, let's say that a single-story home is a 30-foot length by 50-foot width rectangle, which is 1,500 square feet of total area within the exterior walls. The only excluded space within this rectangular floor area is a one-car garage that measures 12 feet by 22 feet, or 264 square feet. Subtracting this from the total gives an official square footage of 1,236 sq. ft.

You could also find a square footage calculator online that could make the process much easier.

It's worth mentioning that in markets outside of the United States, you might see a home's living area listed in terms of square meters, so keep that in mind if you're looking abroad.

Why square footage is important in real estate

There are several factors that make up a home's value, but square footage is one of the most important. Many homes are valued based on their condition and square footage (price per square foot is an important concept in home pricing), so it's important to get an accurate measurement of a home you're planning to buy (or sell) to ensure that it's priced appropriately. After all, if a home is advertised as being 2,000 square feet but actually has 1,600 square feet, you could end up overpaying.