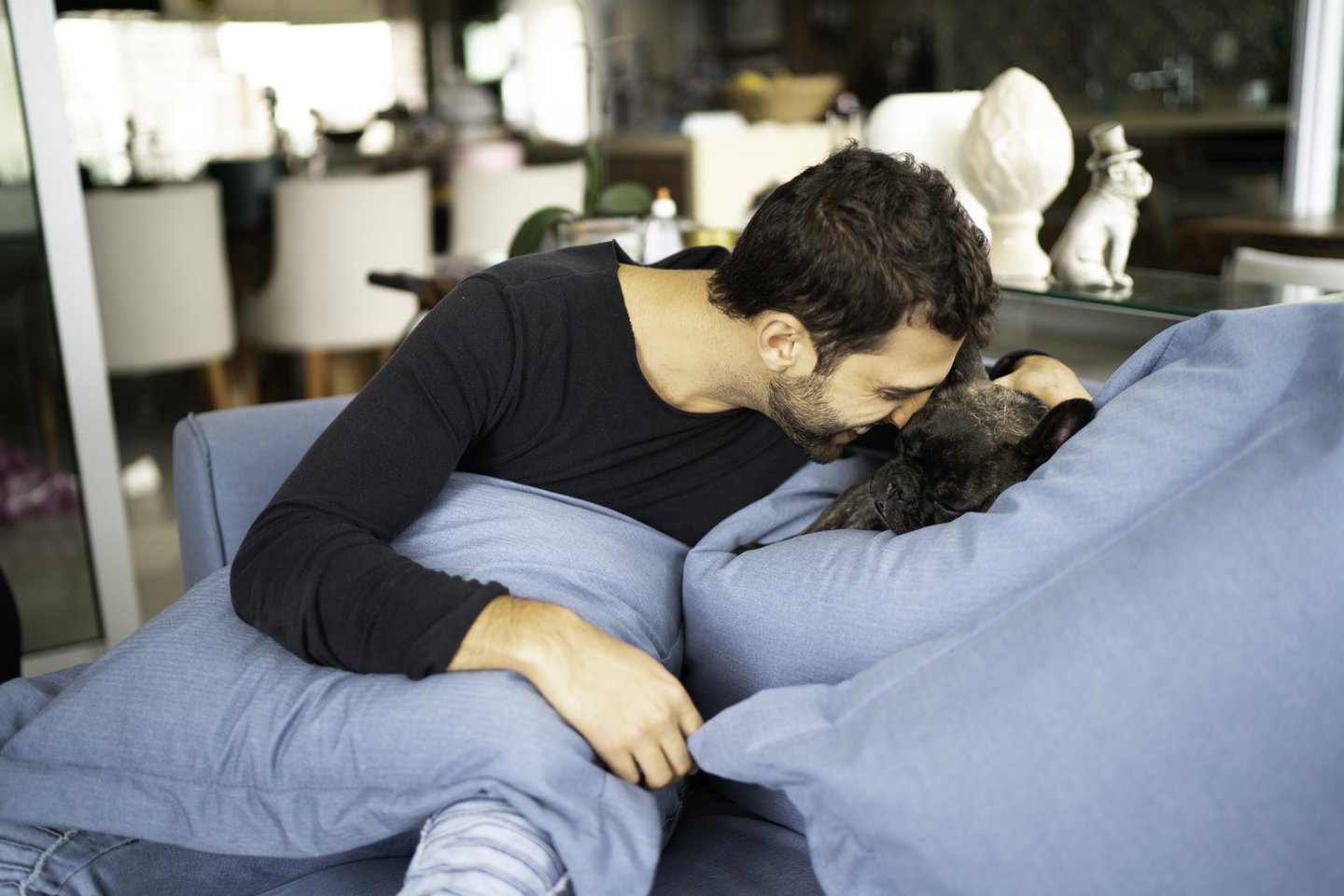 How to Get Rid of Pet Smells in Apartments and Houses

Pets in the house are a real turn off to many potential buyers and renters, even when the animals themselves are not there. As many a nose knows, the former presence of cats, dogs, and other critters can hang around even when the property has been vacant for a while.

House pets are such an issue that the National Association of Realtors (NAR) released in April 2020 a 22-page report titled "Animal House: Pets in the Home Buying and Selling Process."

But the reality is this: according to a 2019-2020 study by the American Pet Products Association, two-thirds of American households own a pet. And where there are pets, there will be smells.

So here are some tried-and-true methods to get rid of the evidence by removing pet odors. There are lots of sources for this information. We culled these tips from the Humane Society of the United States and the websites K9 of Mine, Landlordology, and TheSprucePets.com.

Get it while it's hot, or at least warm

Cats and dogs can put a lot of stuff out from both ends, without getting too scatological here. The best pet odor neutralizer method will be to clean up as much as you can as fast as you can.

Then, stand on it for about a minute, check on it, then repeat until the area is barely damp. Finally, use clean, cool water to rinse the former mess and blot it dry with a paper towel.

Stains that are set in their ways

Pet odor from set-in stains can be tough to deal with. You may want to hire or rent a carpet cleaner to extract as much of the problem as possible, and then follow that up with any well-reviewed carpet stain remover products for spots that remain. Those spots means there's still stuff there that, whether they retain scent or not, can turn off the next potential resident.

The Humane Society adds this caveat as one popular method that may not be so good as an odor eliminator: "Avoid using steam cleaners to clean urine odors from carpet or upholstery. The heat will permanently set the stain and the odor by bonding the protein into any manmade fibers."

Use your own nose, and/or someone else's, to find the odors. A second opinion is particularly valuable since we can become pretty used to odors in our own house to the point that we simply don't notice them. This phenomenon is known as going nose blind.

And here's another tip: black lights. They're not just for posters from the 70s. Black light can be used to spot soiled areas that you can then outline with chalk or put string around or do something else non-permanent to mark where they are so you can deal with them in the light of day, or when you turn the lights back on. Shine the black light on baseboards, too. (More on that below.)

Getting their dander up

Dander is kind of like dandruff on cats and dogs: it's the flaky stuff that mammals (birds, too) shed from their skin. People with allergies can be really sensitive to the presence of dander, and fur, for that matter.

A good way to deal directly with dander is quite simply vacuuming. That means as much as you physically can, including all floor types, stairs, upholstered furniture, window coverings, whatever you can get to.

Then, spread baking soda over what you can, and vacuum again in a few hours.

On a personal note, I was living in a house for a few months that was half empty and on the market. We had a cat and a dog there but those guys were almost never on the second floor. Regardless, I would vacuum every day in every room, and still pulled up hair and probably dander from every room, every time.

The vagaries of vinegar

Vinegar is as common as hen's teeth, as the saying goes, useful in cooking and cleaning and with a pedigree dating back to the dawn of recorded history. The cleaning part of this fermented acid liquid comes from its acumen as a remover of smells, including cat pee. (Interesting that baking soda is an alkaline, or base substance, and vinegar is a mild acid and, while opposites of a sort, they're often used for the same cleaning purpose.)

Here's some advice on using vinegar as a pet odor remover: first, add about one part vinegar to two parts water in a spray bottle and test it on an inconspicuous area to make sure it won't stain the area you actually want cleaned. Then spritz (don't soak) and after a few minutes use folded paper towels to blot up the remaining liquid.

On the other hand, the Humane Society says that using a strong chemical odor remover like vinegar and ammonia could encourage your pet to mark that same spot again, something to keep in mind if the animal is still a resident.

Washing the fabric smells away

Lots of fabrics are notoriously adept at retaining smells of all kinds, including pet urine odor. Baking soda is quite good at eliminating odors. Try adding a pound of baking soda to a standard box of your regular detergent.

An enzymatic cleaner is good for this too if the baking soda hack doesn't work. Either way, wash and rinse as usual and air dry if possible.

Let's air this out

If you can, open every window, turn on every ceiling fan and the fan in your AC or central heating unit and air out the residence for as long as you feel is practical. This can be especially effective after a deep cleaning when a lot of stuff might be left floating around in the air.

That's also a good time to replace all the air filters. Replacing old, dirty filters will both get rid of the pet dander and help the whole system run more efficiently.

Cat urine is very concentrated, very smelly, and can really hang around long after the producer of that urine odor is long gone. Compared to dog urine, the felines win this competition, paws down.

In a different house than the one mentioned above, I had a cat -- the same cat, and a personable fellow indeed -- who apparently was not impressed with my litter box cleaning acumen. He instead would pee on baseboards in the sunroom. Being fairly nose blind, I didn't realize that for a couple years -- actually it was discovered by a new roommate who's now my spouse -- and it provided a memory of him for long after he went to kitty heaven before we discovered the source of the smell. What finally got rid of that smell? We painted the baseboards.

If all those cleaning measures don't work, sometimes the only choice is to replace carpet and padding and put a fresh coat of paint on everything. Here's a blog on how you can use paint -- and a recommendation for some -- to cover odors once and for all.

Of course, that's the most expensive way to go, and indeed, that's why many a property manager requires pet fees and extra security deposits for tenants who want to keep pets inside the property.

(And here's a Millionacres article about whether landlords want to allow them in the first place.)

Finally, an ounce of prevention

Unless they're stuffed animals, your furry friends are going to continue their output, so if you're responsible for the critters -- that is, you're living with them in that property -- you might want to try to prevent further accidents.

That's why cleaning is so important. Cats and dogs, of course, recognize their own scent and might continue to use those spots they previously marked. A thorough cleaning not only gets rid of the pet urine stain, but helps lessen that spot's appeal. Plus, retraining may be in order. Consult your vet or dog trainer or another expert on that topic. 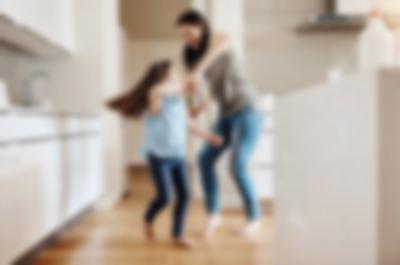 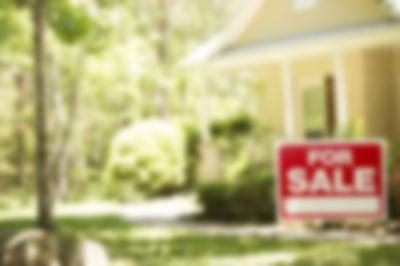 Is Listing Your Home During the COVID-19 Outbreak a Bad Idea?