What Is a Co-op in Real Estate, and How Do They Work?

A co-op can be an affordable way to live in a desirable area, but there are some things to know.

If you want to live in a major city, you can buy a condo or rent an apartment. Those aren't the only two options, however. A co-op combines many aspects of owning a unit in a condominium with some of the features, benefits, and drawbacks of renting an apartment. Co-ops can be an affordable way to live in some highly desirable areas, but these properties aren't right for everyone.

With that in mind, here's a rundown of what homebuyers need to know about the co-op real estate structure and its benefits and drawbacks before deciding whether it might be worth considering.

A co-op, which is short for a housing cooperative (or cooperative housing), is a type of real estate that is significantly different from owning a condo or renting an apartment.

In a co-op, residents don't actually own their housing units or any real property for that matter. Instead, the building is owned by a nonprofit cooperative corporation and each resident is technically buying shares in it. In exchange for buying shares, the buyer receives a proprietary least that allows them to use a specific housing unit, and the number of shares they're required to buy is proportional to the size of their unit -- so a co-op buyer who wants to live in a 1,500-square-foot unit can expect to buy roughly twice the number of shares as someone who plans to live in a 750-square-foot unit. In a way, co-op real estate isn't really a form of real estate at all.

Other factors can influence the number of shares (and therefore the upfront cost) of buying into a co-op property, such as having a view, being on a higher floor, and the amenities and layout of the particular housing unit. A co-op unit on a high floor with a nice view of the city can be expected to require a substantially larger share purchase than a ground-floor unit, even if it's the exact same size, for example.

Many co-ops allow residents to sell their shares to another buyer whenever they want at the current market price (known as a market-rate co-op), but others are more restrictive. Limited-equity co-ops limit how much profit a shareholder can earn when selling their interest in the co-op, while group-equity or zero-equity co-ops don't allow for equity accumulation at all, meaning that shareholders can't sell for more than their purchase price. This last arrangement is more like paying rent than owning a property, although the rent for each housing unit is typically well below market rates.

Although most people think of co-ops as mid- and high-rise properties in dense and urban areas like New York City, they don't have to be. Co-ops can also be single-family homes, townhomes, senior housing properties, and pretty much any other style of housing you can think of.

Differences and similarities between co-ops and condos

The biggest difference between a condo and co-op is the ownership structure of the property. In a condominium, the housing units themselves are privately owned with the common areas owned by the association. With a co-op, residents are shareholders in a company and have the right to use one of the building's housing units and the common areas of the property. Condos are a form of real property -- co-ops are not.

When you buy a condo, you obtain a mortgage in the same way you would if you were buying a house. On the other hand, since you're not actually buying any physical property when buying into a co-op, it works a little differently. Co-op buyers take out "share loans," which work the same way as a mortgage in practice but are technically a different type of loan product.

Like with a condo, co-op shareholders are responsible for paying a portion of the building's maintenance costs, property or real estate taxes, and other property operating expenses on a monthly or quarterly basis. Co-op residents also pay their own utilities for their unit.

Also like a condo, insurance for the building itself is typically covered as part of your monthly dues or monthly maintenance fee, but you're responsible for obtaining insurance to protect your personal property and to cover any personal liability. Some co-op fees even include parking spaces or certain utilities, such as cable and water.

There are some key differences in the power held by condo and co-op boards or associations. For one thing, condo associations are generally not allowed to discriminate financially when it comes to allowing residents to buy in. For example, a co-op board or managing agent may require residents to have a certain net worth before purchasing shares, in order to ensure that the financial condition of the corporation will be sustained for years to come.

On the other hand, a condo couldn't impose such a personal finance requirement -- if prospective condo owners qualified for a mortgage or could afford to purchase the unit outright, there's no reason they couldn't do it. Co-op boards might also require a background check or have other steps to the vetting process when choosing residents to live in the property.

Finally, maintenance and improvement of the individual housing units is a big difference between the two. With a condo, you're generally allowed to renovate the kitchen or bathroom (with the association's permission), and maintenance of items within your unit are your responsibility.

Co-ops are more like apartments in this regard -- residents are typically not allowed to make any interior modifications to the property other than routine maintenance, with rare exceptions. However, the good news is that the building generally is responsible for maintenance and repairs, so if your dishwasher breaks, for example, the co-op board will likely handle it.

Drawbacks and advantages to living in a co-op

Co-ops are managed by a co-op board of directors, which is generally composed of residents. In smaller co-ops, every resident could be involved and could be responsible for helping with maintenance duties and other day-to-day activities.

A co-op is often a cheaper option when compared with a similarly equipped condo. The reason is that co-ops collect just enough money to cover their costs, while condo developers and resellers are typically looking to make a profit.

Co-ops are typically more restrictive than condos. While many condos have rental restrictions, such as prohibiting short-term vacation rentals, they typically allow subleasing in one form or another. The same is often not true with co-ops, as they are generally designed to be fully occupied by the building's shareholders. They generally aren't candidates for real estate investment. Many co-ops also have stricter limitations when it comes to pets.

It can also be more difficult to sell a co-op due to buyers having to meet restrictions set by the co-op board of directors. Before you buy into a co-op, it's important to thoroughly read the co-op's rules, bylaws, and any other documentation about the building, board of directors, and association.

A co-op can be a great way to get an attractive housing unit in a desirable location, and at a more affordable price than a comparable condo. However, a co-op is a unique type of property. It's important to know what you're getting into before you decide whether a co-op is right for you. 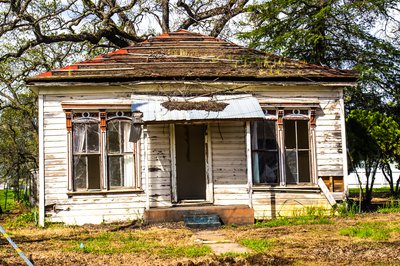 Cities With the Most Vacant Homes, and Why It Matters