Homeownership can often constitute a smart investment, especially if you purchase property to rent out and generate income. But adjustments to the tax code have changed the way some people look at homeownership. Is it still a good means of reaping tax benefits?

If you own property, there are a number of expenses you can deduct on your tax return, including:

It's worth talking about the property tax deduction, because that $10,000 allowance doesn't tell the whole story. That figure is inclusive of state and local taxes, so if you live somewhere where those taxes are high and property taxes are also high, you may not get to deduct your entire property tax bill.

How do homeownership tax benefits stack up?

Owning a home doesn't give you as much tax-related leeway as it once did. It used to be that property taxes of any amount could be deducted on your return, but following the Tax Cuts and Jobs Act of 2017, that rule changed, and homeowners are now capped at $10,000. That's a harsh blow for folks who live in states with high property taxes.

The $750,000 mortgage cap is also a result of the Tax Cuts and Jobs Act. Prior to late 2017, homeowners could deduct interest on a home loan of up to $1 million. And while that change may not impact the typical U.S. homebuyer, it certainly hasn't helped buyers in more expensive corners of the country.

As such, the tax breaks associated with homeownership are no longer as robust as they once were. But that's not all. In conjunction with the aforementioned changes, another change that resulted from the Tax Cuts and Jobs Act was the near doubling of the standard deduction. For the current year, that deduction stands at:

What this means is that in order to capitalize on the mortgage interest and property tax deduction, your total itemized deductions need to surpass the above-noted totals. Now let's imagine you're married filing a joint return and you pay $10,000 in mortgage interest this year, and you can claim another $10,000 via the SALT deduction, which encompasses property taxes. Unless you have other items to write off, itemizing on your tax return won't make sense, which means you won't get to claim any homeowner tax breaks at all.

It still pays to own

Not everyone will benefit from the aforementioned homeowner tax breaks. But if the cost of owning is comparable to that of renting, then it generally pays to own.

Even if you don't reap too many tax benefits along the way, you might snag a very lucrative tax break when you go to sell your home. Thanks to the capital gains exclusion, you can avoid paying taxes on up to $500,000 in profits on your home ($250,000 if you're single).

Normally, when you sell assets for more than what you paid for them, the IRS gets a piece of your profits. For example, if you buy shares of a given stock at $50 apiece and sell them two years later for $70 apiece, you've made $20 per share, and the IRS will take a modest cut. But if you sell your home for more than what you paid for it, you won't pay taxes on up to $250,000 or $500,000 of your profit, depending on your filing status, provided you lived in that home for at least two years during the five-year period prior to its sale.

The takeaway? Homeowners are still privy to a host of tax benefits -- but that shouldn't be your sole motivation for buying a place of your own. We don't know what changes the tax code might have in store in the future, and so while there are definitely tax breaks at play right now, you should buy a home because you want to build equity in a property, put down roots, and enjoy living by your own rules, not a landlord's. You shouldn't necessarily rush into homeownership merely to shield some income from the IRS. 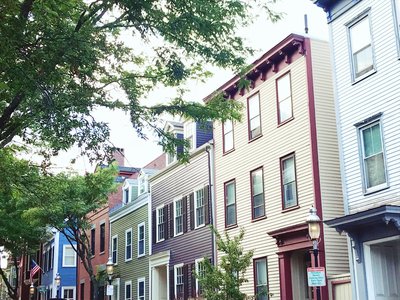 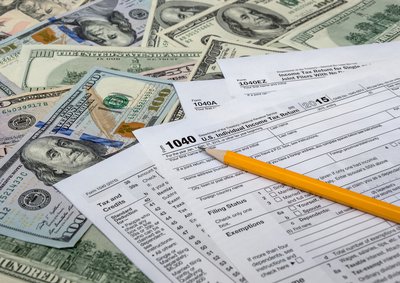 What Is the Pass-Through Tax Deduction?