Property taxes are an unavoidable expense when you own a home, but the good news is that you can deduct that cost on your tax return if you itemize. But depending on where you live, you may not get to deduct your property taxes in full due to a major change in the tax code that went into effect in 2018.

What is the SALT deduction, and how has it changed?

Prior to the 2018 Tax Cuts and Jobs Act, the SALT deduction -- short for state and local tax deduction -- was unlimited. That meant you could deduct whatever amount you incurred in state income taxes, local income taxes, and property taxes.

But that's no longer the case. Following the 2018 tax code overhaul, the SALT deduction is now capped at $10,000 per tax return ($5,000 if your status is married filing separately). This means that those living in areas with high property taxes are now missing out on some lucrative tax savings.

Will the SALT deduction cap be lifted?

Some lawmakers are pushing to have the SALT deduction revert back to its former unlimited state. If they're successful, that could put a lot of money back in a lot of homeowners' pockets.

In late December 2019, the U.S. House of Representatives passed the Restoring Tax Fairness for States and Localities Act (H.R. 5377), which calls for the removal of the SALT deduction cap for the 2020 and 2021 tax years. It also aims to double the SALT deduction to $20,000 for married couples filing jointly in 2019. The bill landed in front of the U.S. Senate in early 2020 but has not yet received Senate approval -- and whether it ever will is up for debate.

Consider this: In some Northeast states, a modest home can come with property taxes that virtually eat up the entire $10,000 SALT limit. Throw in state income taxes, and a modest earner who could really use a substantial tax deduction loses out.

Furthermore, there's concern that the SALT deduction cap will hurt the real estate market in areas where property taxes are high. So far, home values in high-tax areas have held fairly steady, due in part to the fact that these locales tend to attract wealthier buyers who can withstand a hit on their tax savings. But whether limiting the SALT deduction will impact home values more broadly is still to be determined, what with the change being fairly new.

Though eliminating the SALT deduction cap, even temporarily, would surely spell relief for a substantial number of taxpayers, it's too soon to know whether H.R. 5377 will fly in the Senate. But the fact that lawmakers are advocating to undo that cap is a step in the right direction for homeowners whose finances are being negatively impacted by it.

State and Local Taxes Vary Widely: What RE Investors Should Know 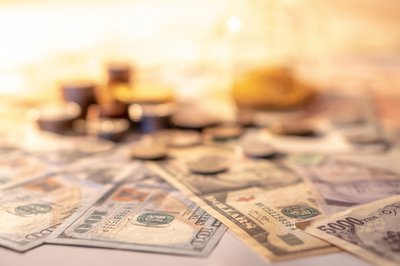 Appropriate This: Stimulus Bill’s Menu of RE Investing Tax Breaks