The 10 Lowest Property Tax States in the U.S.

You might be surprised at how low property taxes are in some U.S. states.

The average U.S. homeowner's annual property tax bill is about 1.16% of their home's value. So the average homeowner could reasonably expect to pay $2,360 in real estate property taxes on a $200,000 home.

Having said that, there's a big difference between high-tax states and low-tax states when it comes to real estate property taxes. Some states have property tax rates that are more than double the national average, while others are a relative bargain.

With that in mind, here's a look at the states with the 10 lowest real estate tax rates as a percentage of home values, some of the reasons why their taxes are so low, and other ways these states make up the difference in revenue.

The 10 lowest property tax states in the U.S.

One trend to notice from the chart is that most of the lowest-tax states are concentrated in the Southeastern and Midwestern United States. Generally speaking, the Southeast has the lowest property taxes while the Northeastern and Mid-Atlantic states have the highest. Of course, there are some exceptions -- Delaware and Washington D.C. are on the low-tax list, for example.

Why do these states have such low real estate property taxes?

There are several potential reasons for having below-average real estate property tax rates. Many make up for the low property tax revenue in other ways, while others simply spend less on things like government salaries and public education.

Here are just a few of the reasons that apply to the states on this list:

They get their money in other ways

One reason why real estate property taxes are so low in some of these states is that they have other sources of revenue. Car taxes are a big one -- many of the highest-tax states don't charge vehicle owners annual property taxes, but most of the low-tax Southeastern states do.

Many of these states also have above-average sales taxes. For example, Louisiana may have the third-lowest property tax, but it also has the second-highest combined state and local sales tax rate in the U.S. (9.45%). Several other states with low real estate property taxes are also on the high end of the sales tax list, such as Alabama (9.14%, fifth highest) and Arkansas (9.43%, third highest).

Some states and local governments keep their property taxes relatively low (at least in part) by giving homeowners preferential tax rates over investors.

In some places this is a moderate difference. For example, I used to live in South Florida, where as an owner-occupant I was allowed to exempt the first $25,000 of my home's value from taxation. This saved me roughly 10% compared with what an investor would have had to pay. On the other hand, in South Carolina, I pay about three times the property taxes on the investment properties I own than I would have to pay if I lived in them.

One interesting thing to notice is that some of the places on the list -- Hawaii, Colorado, and Washington D.C. in particular -- are relatively high-cost areas. In other words, charging relatively small percentages of high value homes means states don't need high property tax rates to get the revenue they need.

So while Hawaii's 0.27% average property tax rate is remarkably low, it's worth pointing out that the median home value in the state is over $560,000. The average homeowner still has a property tax bill of more than $1,500 despite the miniscule rate. In D.C., the average homeowner pays nearly $3,000. These aren't exactly low-tax states -- homeowners just pay a relatively low percentage of their homes' high values.

For example, the state with the highest real estate taxes is New Jersey, which has problems like a dramatically underfunded pension plan and fragmented local government. Several other high-tax states have the same issues. Plus, New Jersey spends more on public education than most other states -- in contrast, public education spending in many of the lowest-tax states is relatively small.

Furthermore, densely-populated states like New Jersey, Rhode Island, and some of the other highest-tax states tend to have relatively higher infrastructure costs when compared with states where things are a bit more spread out.

The bottom line is that a state's real estate property tax situation is just one piece of a complex puzzle that determines whether a state is a "tax-friendly" place to live. For example, I wouldn't call my home state of South Carolina a particularly tax-friendly place. The relatively high state income tax and vehicle property taxes certainly offset any savings I receive from a below-average real estate tax bill.

Conversely, I grew up in the state with the highest real estate taxes, New Jersey, but received the benefit of an excellent public education. Plus, I never had to pay property tax on a car while I lived there. The point is that real estate taxes should be taken into consideration in the context of a state's entire tax situation. 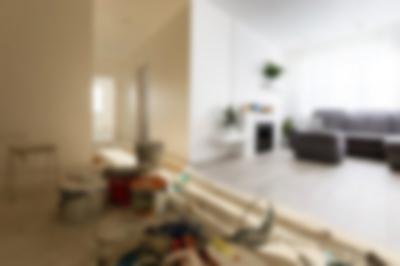 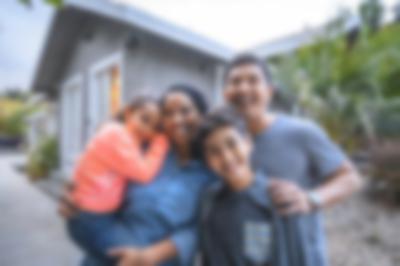