Please ensure Javascript is enabled for purposes of website accessibility
Log In Help Join The Motley Fool
Free Article Join Over 1 Million Premium Members And Get More In-Depth Stock Guidance and Research
By Selena Maranjian – Feb 17, 2017 at 6:06AM

Lots of people are house-hunting these days. In early February, interest rates dropped to a three-week low and mortgage applications for new purchases (as opposed to refinancings) were up 3.6% over year-ago levels. Meanwhile, according to the Mortgage Bankers Association, getting approved for a home loan is easier than it has been at any time in this past decade, with lenders recently approving 77% of loans, up from 71% in mid-2015. On top of that, interest rates are still extremely low, historically speaking.

Interest rates have actually been inching up, though, and seem likely to continue doing so over the coming years. Per Mortgage News Daily, the national average rate for a 30-year loan was 4.19%, up from 3.62% a year earlier. Some experts are suggesting that mortgage rates could exceed 6% by 2020.

The lower the interest rate you get for your mortgage, the less you'll pay every month. Your credit score, of course, makes a big difference in the rates you're offered -- but where you live makes a difference, too.

So which states offer the worst interest rates these days? Following are the ones whose best rates are the highest in the nation for a 30-year fixed-rate mortgage, per data from Bankrate.com (as of Feb. 12). I'm also including their 15-year rates.

How much of a difference does a low rate really make? Well, check out the following table, reflecting monthly payments for various interest rates for a $200,000 30-year fixed-rate mortgage:

The higher rates are ones you might get if your credit score isn't very high -- or ones that might be offered routinely within a few years. If the current rates of around 4% rise to 6%, it can cost a typical borrower close to $100,000 or more over the life of a loan. That's a big deal.

Higher interest rates can make your goals harder to reach

Higher interest rates also mean higher monthly payments, which could limit you to a less costly (and perhaps less nice) home. If you can only swing monthly payments of $1,000, for instance, the following table shows you how much you can borrow at various rates:

You're unlikely to be quoted an 8% mortgage interest rate these days, but there have been years when rates were in the double digits -- so 8% is far from unthinkable. Look at how much it restricts your buying power: The difference between a $4.4% interest rate and an 8% one cuts the amount of home you can buy by about 32% -- just about a third.

Where the bargain homes are -- and aren't

While your mortgage's interest rate is critical, the price of the home you're trying to buy also makes a big difference in your monthly payments and overall financial health. Here are the states that recently sported the lowest and highest home values, per Zillow: 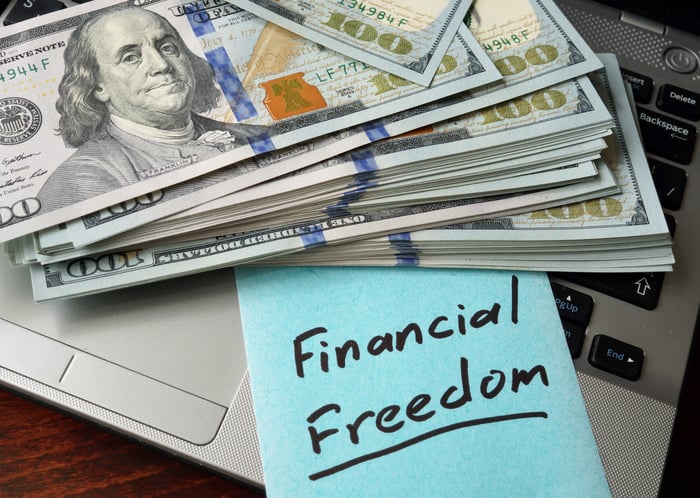 The more you save, the more you'll have for other needs. Image source: Getty Images.

Gain more control over your financial life and future

Fortunately, right now, and probably for the next year or two, interest rates will remain on the low side, historically speaking, allowing you to buy more home than you otherwise could. Even if you're in a state with relatively high interest rates, a little shopping around can yield better deals. And even the worst rates these days are still excellent, compared to many previous years.

Aim to snag the lowest interest rates you can. A good way to do so is by making sure your credit score is as high as it can be, since high scores receive lower interest rates from lenders. You can get free copies of your credit reports once a year from each of the main credit reporting agencies -- do so and correct any errors on them. If your score is legitimately low, consider waiting a while before homebuying, so that you can boost your score. Some ways to improve your credit score include paying bills on time and paying off a lot of debt in order to lower your debt-to-available-credit ratio. Lenders like to see you owing only about 10% to 30% of the sum of all your credit limits, because it suggests that you have your debt under control and can afford to take on some more debt via the mortgage you're seeking.

Here are two other helpful tips: Figure out just how much home you can afford. It can be tempting to go big, but doing so can leave you with little margin of safety, in case you or a spouse loses a job or your household faces some major unexpected expenses. Aim to be spending, say, no more than 25% of your income on your mortgage -- and if you can keep it to 20% or less, you'll free up more funds for retirement savings, college savings, or other needs. Also, once you decide that you're ready to make an offer as soon as you see a home you want, get pre-approved for a mortgage. That can make you a more competitive buyer.