Closing on a mortgage is a major milestone, and it's one you certainly don't want to derail. Unfortunately, a few careless moves could disrupt an otherwise smooth, hassle-free closing. Here are three major mistakes to avoid.

1. Charging up a storm before your closing

Thinking of buying a bunch of new furniture for your new home and putting it all on your credit card? That's probably not a wise move, because increasing your debt load before finalizing your mortgage could seriously upset the process. 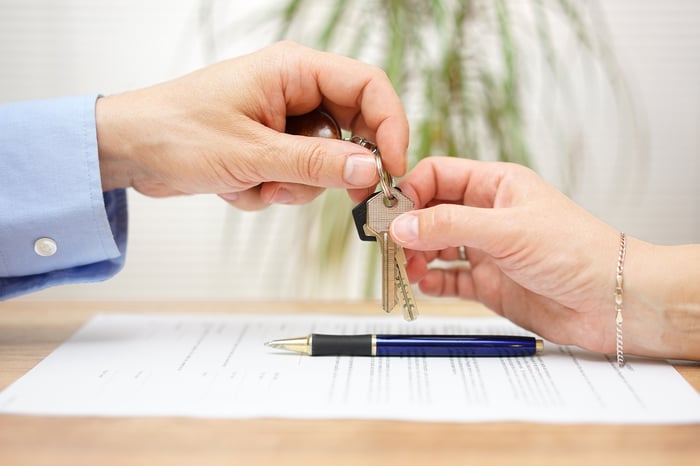 Of course, home loans aren't always finalized right away, and so to protect itself, your lender might rerun your debt-to-income ratio right before your closing. If it finds that the number has gone up too much, you could run into trouble. That's why it's best to put off major purchases until after you close on your mortgage -- either that, or pay in cash, which won't impact your debt level.

2. Getting a new loan or credit card

The number of loans or credit cards you have could impact your credit score, and not for the better. It therefore stands to reason that taking out a new loan or opening a new credit card right before your closing is a bad move, as it can bring down your score and prompt your lender to renege. Most mortgage lenders look for new accounts at the last minute, so resist the urge to capitalize on that signup bonus or whatever other offer comes your way.

Keep in mind that you might upset your closing even if you merely open a new card or account without actually charging anything against it. A better move is to keep things status quo until your mortgage is officially a done deal.

3. Leaving your job for a new one

Got a job offer you can't refuse? Even if your new gig looks far more lucrative, you're better off first closing on your mortgage and then making a move. The reason? Lenders like to see an established work history when approving borrowers. If you switch jobs, you'll compromise the stability lenders crave, thus putting your mortgage at risk.

Going from a salaried employee at your present company to a commission-based earner will have a similar effect. Even if your employer vouches for your income potential, you could run into trouble if your employment status changes in any way.

Now if you really have no choice but to switch jobs prior to closing, your best move is to be as up front with your lender about it as possible. Getting a new job won't necessarily wreck things completely, but you may have to meet certain requirements to keep your lender happy. The sooner you learn about them, the better your chances of finalizing the mortgage process given your new circumstances.

Just because you're approved for a mortgage initially doesn't guarantee that things will ultimately go off without a hitch. Avoid these unwise moves and you're less likely to mess up the closing you've been looking forward to.