Please ensure Javascript is enabled for purposes of website accessibility
Free Article Join Over 1 Million Premium Members And Get More In-Depth Stock Guidance and Research
By Maurie Backman - Dec 6, 2020 at 6:00AM

Moving to a smaller city could save you money while offering a better quality of life. 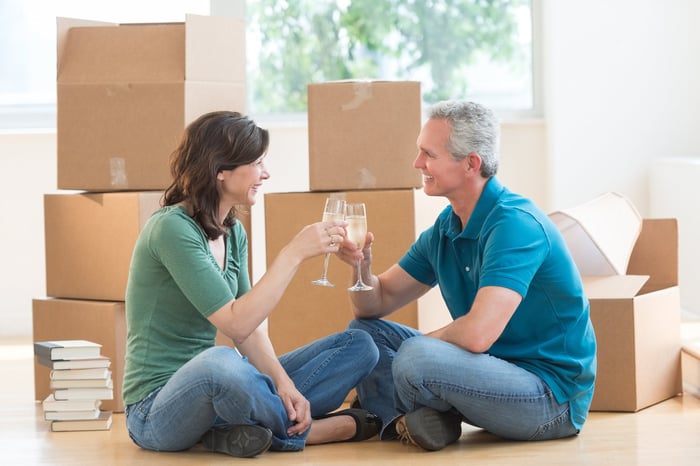 The coronavirus pandemic has prompted many people to make big life decisions, like buy a home or, in some cases, pick up and move completely. In fact, one interesting trend, according to Redfin, is that Americans are abandoning larger cities and setting down roots in smaller cities instead.

Why the mass exodus from major metro areas? For one thing, many of these cities are very expensive, and people have generally chosen to live there for proximity to work and nightlife. But nightlife has largely been canceled during the pandemic, and while some workers may be in a remote situation on just a temporary basis, for others, working from home will likely become a full-time, long-term arrangement. As such, more people now have the flexibility to flee larger cities and move to cheaper ones, where their salaries can go further.

Another thing the pandemic has done is make people crave extra square footage. Being stuck at home in a larger house or apartment is easier than being cramped in a smaller one. Leaving major metro areas means getting the opportunity to buy a larger place without breaking the bank, so it's easy to see why a growing number of people are seeking out smaller cities instead.

Should you buy a home in a smaller city?

If you've been trying to buy a home in or near a larger city, you may be running into issues with cost -- especially given that home prices have shot up like crazy during the pandemic. Low mortgage rates and limited housing inventory have caused an uptick in buyer demand, and that, in turn, has driven home values up. As a result, your money may go a lot further in a smaller city where the price per square foot just isn't as high.

Furthermore, smaller cities may offer a lower cost of living beyond just housing. An entrée at a big-city restaurant might easily set you back $25 to $30, and that's at a modest eatery. In a smaller city, you might dine out for half the price. This is just one example, but the point is that cheaper housing and general living costs make the case for relocating.

That said, in order for moving to a smaller city to make sense, you need to want to do it. And there are factors to consider outside of cost, such as proximity to family and friends, local amenities, and, if you're a parent, how good the school systems are. But if you've been struggling to buy a home in a larger city and you now have an opportunity to do your job from anywhere, it pays to look at smaller locales. You may also find that smaller cities are cleaner and more laid-back.

Not sure how to research different cities? Sites like Niche are a good place to start. The Ascent has also put together a list of cities where your income can stretch the furthest. Or, you can start by looking at smaller cities within your current home state. Right now is a really good time to apply for a home loan, what with mortgage rates being super competitive. If you can lower the cost of a home purchase by buying in a smaller city, you might really benefit financially by making a move.