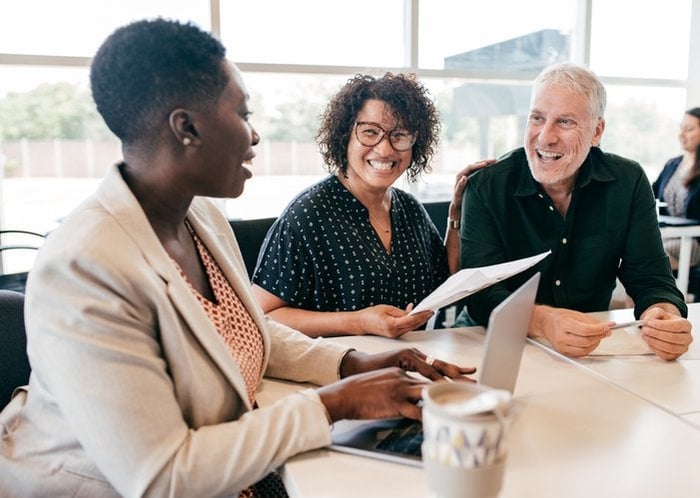 Collectively, Americans owe a lot of money. In fact, according to recent research from The Ascent, total household debt in the third quarter of 2020 was $14.35 trillion. While this number is really high, there was some good news in the data about what Americans owe. The research revealed that $9.86 trillion of the amount owed is mortgage debt.

Why is it a good thing Americans owe so much on their mortgage loans?

The $9.86 trillion Americans owe on their mortgages far exceeds the amount they owe on other types of debt. In fact, the type of debt with the next highest balance -- auto loans -- comes in at just $1.36 trillion total. And Americans collectively owe just $807 billion on credit cards, which is far lower than the balance owed on mortgages -- although still too high given how costly credit card debt can be.

The fact that mortgage debt accounts for the bulk of the total collective debt held by Americans is great news for a few reasons.

First and foremost, it means a lot of people own their homes (or at least a portion of their homes, with the bank owning the rest). That's a very positive sign, as homeownership is one of the best ways to build wealth over time. In fact, the ability to build wealth through homeownership is one of the key reasons why homeowners have an average net worth that's much higher than that of renters.

See, as you pay down your mortgage and as property values rise, your home equity should go up in value. Over time, you'll pay off your loan and end up with an asset that's hopefully worth a lot of money. Then, you can choose to sell the property and downsize into a smaller home that you can pay for in cash -- possibly even with some money left over. Or you can stay put in your paid-off home and not have to worry about paying expensive housing costs as a retiree.

There's also another reason it's good that mortgage debt balances are so much larger than other debt balances. Mortgages usually come at a very low interest rate, and interest is tax deductible for those who itemize. Those two facts make total interest costs far lower than on other kinds of debt, which means these loans are more affordable to pay back.

Because a mortgage is an affordable way to borrow for an asset that can help you build wealth, it's usually considered to be a type of "good debt." That's in contrast to "bad debt," such as credit cards or payday loans, which are expensive and are usually used to buy goods or services that decline in value rather than appreciate over time.

Now, that's not to say taking out a mortgage works out well for every American. Some people borrow more than they should and end up house-poor, with their monthly mortgage payment compromising other important financial goals. Others end up facing foreclosure because they suffer a job loss or income cut and don't have a sufficient emergency fund to make sure the mortgage bills are paid until they get back on their feet.

But for the most part, if you are financially ready to be a homeowner, you qualify for an affordable mortgage loan, and you buy a home that's well within your budget, this is a type of debt that you won't end up regretting.