Please ensure Javascript is enabled for purposes of website accessibility
Free Article Join Over 1 Million Premium Members And Get More In-Depth Stock Guidance and Research
By Maurie Backman - Dec 9, 2020 at 10:00AM

There's protection in place for homeowners right now, but once it expires, all bets may be off. And while that could help open up the housing market, it's still not a good thing. 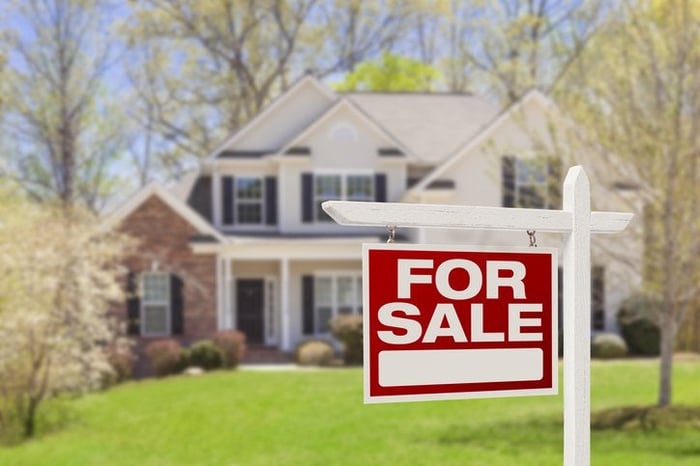 Many Americans have struggled with income loss during the coronavirus pandemic, and that includes homeowners. Thankfully, several avenues of relief have been made available to them.

For borrowers who were behind on their mortgages before the pandemic began, the Federal Housing Finance Agency (FHFA) announced a moratorium on foreclosure proceedings and evictions, which was recently extended through Jan. 31, 2021. Meanwhile, the CARES Act, which was signed into law in March, allowed homeowners to request mortgage forbearance if they couldn't keep up with their housing payments.

Forbearance allows borrowers to hit pause on their monthly home loan payments, and mortgage lenders normally aren't required to agree it to. Rather, they can evaluate those requests on a case-by-case basis. But under the CARES Act, all borrowers are entitled to an initial 180-day period of forbearance upon request, followed by a 180-day extension. And while that extension isn't automatic, lenders can't deny an extension request, either.

There's just one problem, and it's that homeowners who requested forbearance early on in the pandemic could see their relief come to an end in the first part of 2021, assuming those protections aren't extended or new ones aren't included in a second stimulus bill. That could, in turn, lead to an uptick in foreclosures. While some may argue that's a good thing for the housing market, it's an unquestionably bad thing for those Americans who risk losing their homes.

Will foreclosures explode in 2021?

Many people who were impacted financially by the pandemic have a long way to go before they can recover. And that could, in turn, put many homeowners in danger of foreclosure once forbearance ends. Of course, the FHFA could announce more foreclosure restrictions that could extend to borrowers coming out of forbearance, but that's not guaranteed. And at some point, lenders who aren't getting paid may push back, pressuring the agency to allow foreclosure proceedings to once again move forward.

The result? We could see a boom of homes enter the market as borrowers are forced to sell.

For the past several months, the housing market has been extremely tight. Low mortgage rates have fueled demand, but with limited inventory to choose from, buyers have been stuck in the tough position of either paying a premium for new homes or backing down. An upswing in foreclosures could open up the market and give more people a chance to buy in 2021 -- but at the expense of current homeowners who are struggling financially.

The good news, if we want to see it that way, is that some borrowers in forbearance may not have to go through foreclosure if their financial circumstances haven't improved once their mortgage payments come due again. Because home values have skyrocketed, those who can't make payments may have the option of simply selling their homes, paying off their lenders, and walking away with their credit scores intact. From a credit score perspective, that's a far better scenario than going through foreclosure.

Often, homeowners who land in foreclosure do so because they're underwater on their mortgages -- meaning, their homes are worth less than their outstanding loan balances, so they can't just sell and walk away clean. If current home values hold steady, borrowers may at least have more options with regard to unloading the homes they can no longer afford.

All told, we may see more available homes hit the market within the next six months. Whether that's a good thing or not is clearly up for debate.