The crypto world and traditional financial system are becoming more integrated every day.

This past week, cryptocurrency giant Ripple increased its equity stake in MoneyGram International (NASDAQ:MGI). Ripple initially invested $30 million in the money transfer company in June. On Nov. 25, Ripple announced that it was investing another $20 million, bringing its stake in MoneyGram to 9.95%. As part of the deal, Ripple also obtained warrants that give it the right to increase its stake to approximately 15% in the future.

Notably, Ripple's latest stock purchase was made at $4.10 per share -- a sizable premium to MoneyGram's current market price near $3. Bulls would say that the purchase price suggests Ripple believes MoneyGram's stock is undervalued and has significant upside potential. Bears, however, would say that Ripple is paying a premium so MoneyGram will continue to use its XRP digital token in its cross border payment operations. 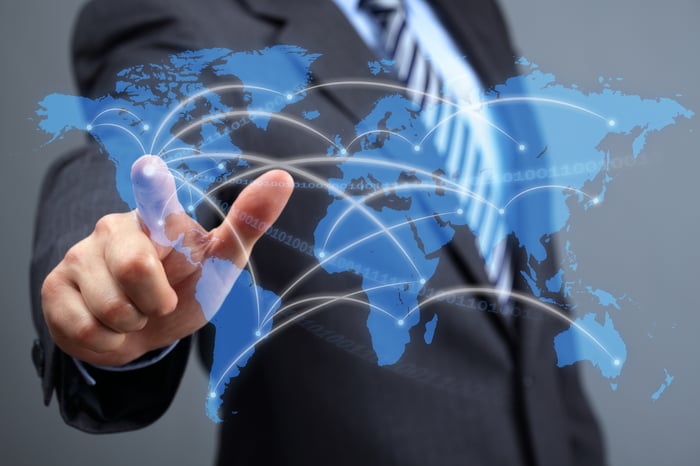 For his part, MoneyGram Chairman and CEO Alex Holmes continues to rave about Ripple's technology.

"Our partnership with Ripple is transformative for both the traditional money transfer and digital asset industry -- for the first time ever, we're settling currencies in seconds," Holmes said. "This initial success encourages us to expedite expanding our use of On-Demand Liquidity."

"Last month, we announced that MoneyGram began using On-Demand Liquidity for payments to the Philippines, and we're excited to support MoneyGram's further expansion into Europe and Australia," Ripple CEO Brad Garlinghouse said. "Digital assets and blockchain technology have the potential to make a tremendous impact on cross-border payments -- MoneyGram and Ripple is an example of that."

Partnerships like the one with MoneyGram are helping to fuel usage of Ripple's digital currency. XRP transactions recently rose to new highs above 4 million per day, dwarfing that of popular cryptocurrencies Bitcoin and Ethereum.

Critics have argued that most of the efficiencies gained from Ripple's payments technology can be had without the use of XRP. But if MoneyGram and other financial institutions realize tangible benefits from the use of Ripple's new XRP-powered On-Demand Liquidity service, it's possible that the skeptics will be proved wrong. Still, until that time, Ripple's digital token remains a high-risk investment.