Shares of Herbalife Nutrition (NYSE:HLF) shot up more than 4% in after-hours trading on Tuesday when the company reported its fourth-quarter and 2019 full-year financial results. Although its Chinese market saw a significant decline in revenue, the difference was made up by strong growth in the rest of the Asia Pacific region.

Net sales came in at $1.2 billion for Q4, a 2.8% increase from last year, while full-year net sales were reported at $4.9 billion, relatively the same as 2018. The best-performing markets in revenue growth in the fourth quarter were the Asia Pacific, North America, and EMEA (Europe, the Middle East, and Africa), reporting 17.8%, 8.9%, and 3.5% sales growth, respectively, in comparison to last year. The worst-performing markets were China and South and Central America, whose revenue fell by 15% and 9.1%, respectively, over the past year. 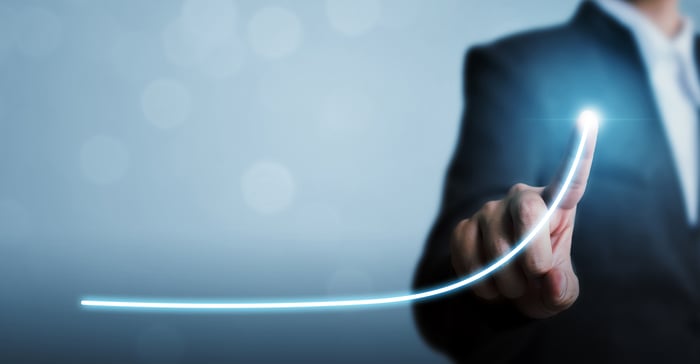 Net income came in at $56.7 million, up an impressive 15.9% from last year. Although Herbalife's revenue figures were spot-on with what analysts were expecting, the nutrition and healthcare product company managed to outperform earnings per share estimates. Wall Street had predicted an EPS of $0.63, whereas Herbalife reported $0.74 in adjusted diluted earnings per adjusted share (although regular EPS came in at just $0.40).

Many investors are attributing at least some of the decline in Herbalife's China market as being due to the ongoing coronavirus outbreak. So far there have been 75,165 confirmed cases of the virus, with 74,149 of them in mainland China.

"The extent and duration of business disruption and related financial impact from the coronavirus cannot be reasonably estimated at this time but could materially impact our consolidated results for the first quarter and full-year 2020," the company said.