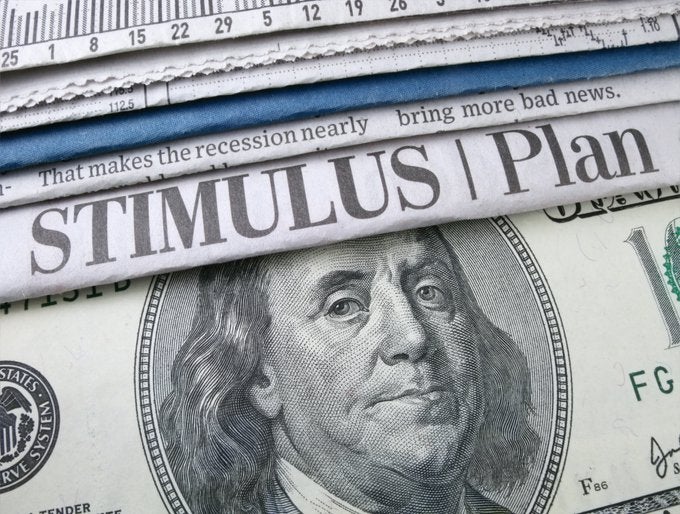 2020 has been a year of waiting. We've waited to learn if Congress would pass a new stimulus package, waited to hear the outcome of the presidential race, and waited for a COVID-19 vaccine.

As millions of Americans have fallen into poverty, Congress appears to have figured out that our patience is running thin. Senate Majority Leader Mitch McConnell acknowledged the mounting frustration Americans feel when he said there was "no reason" a new stimulus deal could not pass by the end of 2020. That's just 30 days from his acknowledgement.

Referring to this period of the pandemic as "the last chapters of this battle," McConnell reminded Congress on the Senate floor that they have several things to accomplish before year's end. That includes addressing a potential government shutdown on Dec. 11, and closing the wide gap between how much Democrats want to spend on a new stimulus package and what Republicans are willing to ante up.

The Democratic proposal is a $2.2 trillion relief plan, including the renewal of the $600 weekly unemployment boost introduced through the CARES Act. Dems also want another round of $1,200 direct payments to individual Americans, funding to help state and local governments survive the impact of COVID-19, and aid to small businesses.

Republicans, arguing that the economy is in better shape than anticipated, support a $500 billion package that contributes to public health funding and helps small businesses. The October version of their proposed bill did not include another round of checks to Americans, making it unclear whether they would be willing to include such assistance in a final bill.

Both President Donald Trump and President-elect Joe Biden have called on Congress to reach agreement -- although their requests appear to be falling upon deaf ears. As congressional leaders from both parties blame the other party for the stalemate, some in Congress are trying to keep negotiations alive.

As McConnell's optimistic target approaches, so do other less-happy deadlines. If Congress fails to pass another relief package before the end of the year, the results could be disastrous. Millions of workers across the country could lose access to unemployment benefits, as well as paid sick and family leave. The moratorium on evictions would lift, and more families would become homeless. If Congress fails to find common ground, deferred loan payments also come due. This when millions of Americans already find their bank accounts running dangerously low.

Top economists tell Congress they must pass another relief package to minimize the pandemic's economic fallout. Whether Congress will listen, and whether McConnell's sunny prediction will come to pass, is anyone's guess.