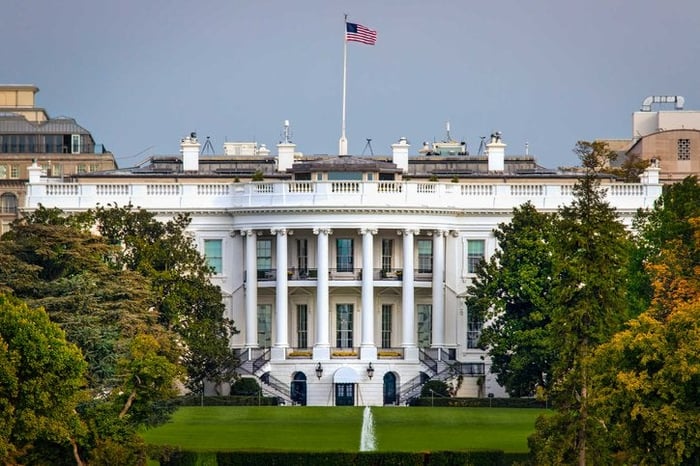 As Vice President, Kamala Harris will play an instrumental role in shaping the agenda of the Biden administration. While she can no longer introduce legislation once she leaves the Senate, the policy goals she pursues could help determine the bills Congress considers, and thus the laws that are passed over the next four years.

During her time as a senator and while running for president herself, Harris made proposals that could change your financial situation in profound ways. Here are a few of the plans the new VP has supported -- plans that could affect you under the Biden administration.

Your housing costs could fall

During her time in the Senate, Harris repeatedly introduced legislation to provide tax credits for Americans whose housing costs exceed 30% of their income. The Rent Relief Act would offer refundable credits based on income and prevailing rent.

Refundable tax credits don't just reduce your tax liability -- they provide money back if the amount of your credit exceeds what you owe. Under the most recent version of the Rent Relief Act, credits would be paid out monthly so you'd have the money available when rent is due. This could make housing much more affordable for lower- and middle-income Americans, especially those in areas with high rental prices.

Harris doesn't just want to help renters; she also wants to help historically marginalized individuals and families purchase homes. Harris would do this by providing grants of up to $25,000 from the U.S. Department of Housing and Urban Development to help with down payments and closing costs.

These grants would be available to individuals in communities that have historically been subject to red-lining. That is the practice, primarily affecting Black communities, of lenders denying mortgage loans for properties in certain neighborhoods as a result of their demographic makeup.

Those who have been subject to this type of discrimination would be eligible for grants, provided their household incomes are below $100,000, or $125,000 in high cost of living areas. Harris would also strengthen anti-discrimination laws to provide further help to Black Americans interested in becoming homeowners.

Your credit history and score could change

As a senator, Harris called for amending the Fair Credit Reporting Act to require credit reporting agencies to include more information in the calculation of credit scores. Specifically, Harris wants your track record of paying utility bills, cellphone bills, and rent to count in determining your score.

This change would help people who don't have easy access to traditional sources of credit -- such as credit cards, mortgages, and car loans -- that help them build a strong credit history.

Harris also introduced the LIFT the Middle Class Act to use the tax code to address income inequality and put more money into the pockets of everyday Americans. The act offers up to a $3,000 annual tax credit for single-filers with incomes under $50,000, or a $6,000 tax credit for households with incomes up to $100,000.

These tax credits would be refundable, so they could reduce your tax liability to $0, and you could get money back if your credit is worth more than you owe. They could provide single filers who qualify for the full credit with an extra $250 per month in income, and households with up to $500 extra in monthly income.

Your wages could rise

When the minimum wage goes up, the wages of higher earners often increase along with it, so this could result in income rising even for Americans who are already paid more than the mandated minimum.

You could be entitled to more paid sick leave

Well before the coronavirus pandemic devastated the U.S., Harris was pushing a plan to provide six months of paid family and medical leave for every worker in America. Those with incomes under $75,000 would receive their full wages while on leave, while higher earners would get a percentage of their incomes.

Workers would be entitled to paid time off for a variety of situations, including to care for "chosen family," which extends beyond immediate family members. The paid leave would be funded by a new payroll tax to be covered by both employers and employees.

The COVID-19 pandemic, unsurprisingly, bolstered Harris' conviction that paid leave is essential. She held a press conference in late March demanding that emergency paid sick leave be included in any coronavirus relief legislation.

Will any of these proposals come to pass?

Ultimately, Harris can only make suggestions, as only Congress has the authority to introduce legislation. And whether any of her proposals could become law will depend in large part on whether the Democrats take control of the Senate after two runoff elections in Georgia in January or whether the Senate remains in Republican hands.